During Intel's unveiling of the Z490 chipset and Intel Core 10th generation Comet Lake processors, Intel also announced its series of Xeon W-1200 processors. To accompany this announcement, without much fanfare, Intel also launched the W480 chipset which also features an LGA1200 socket. Aiming for a more professional feel for processors with ECC support, vendors have announced a variety of W480 models. Some target content creators, and others for workstation environments. These boards are paired solely with W-1200, and support both ECC and non-ECC DDR4 memory. 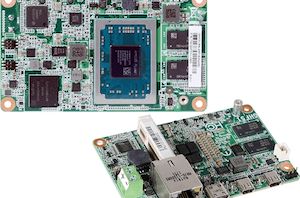 DFI has announced what they consider the world’s smallest single-board computer (SBC) that uses on AMD’s Ryzen Embedded processor. The highly-integrated credit card-sized GHF51 motherboard can be used for...