Supermicro with Greenlow Motherboards at SuperComputing 15

One of the bigger shakeups of the Xeon ecosystem of late is the recent discovery that Intel will be severing the few ties that the Xeon family of processors from the consumer arm of the company. While it is still fundamentally the same microarchitecture underneath with the same amount of pins, and there are a few additional features on the Xeon, it was mentioned (rather than announced) that the Skylake Xeon processors would not be coded into t­he consumer motherboard microcode, and thus be non-qualified for the 100-series chipset motherboards. This means that if you need a Skylake Xeon, you need a C230 series motherboard which is meant to be a higher validated chipset part over the consumer ones. This leads to the Greenlow platform, where a Skylake Xeon in the format E3-1200 v5 is paired with a C230 series chipset.

At SuperComputing 15 this past week, Supermicro had a few of their workstation based Greenlow motherboards on display. 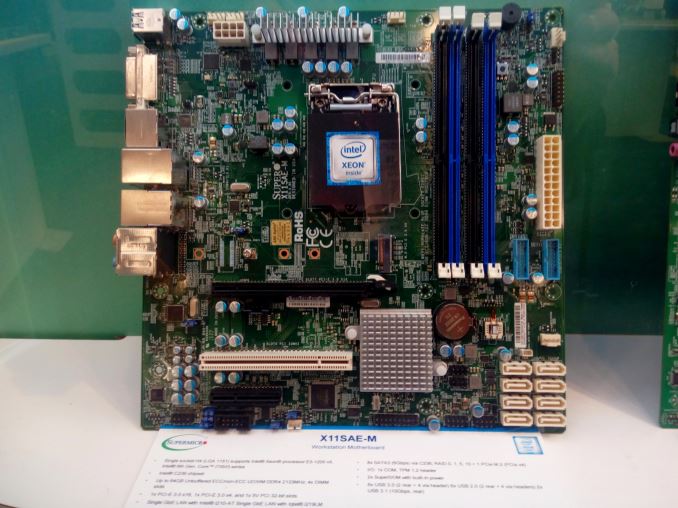 As you might imagine, they essentially very similar to the 100-series motherboards we have already seen, except with minimal styling and a few workstation focused features. This one is the X11SAE-M, a micro-ATX design that uses eight individual SATA ports at right angles from the chipset as there is only one PCIe 3.0 x16 slot for a PCIe accelerator card. Note the use of PCI (!) as well, and a power delivery subsystem of only five phases. The pre-requisite COM/TPM headers are here, along with two SuperDOM, a PCIe 3.0 x4 based M.2 slot, and two Intel NICs with one being pro-focused with another low power. 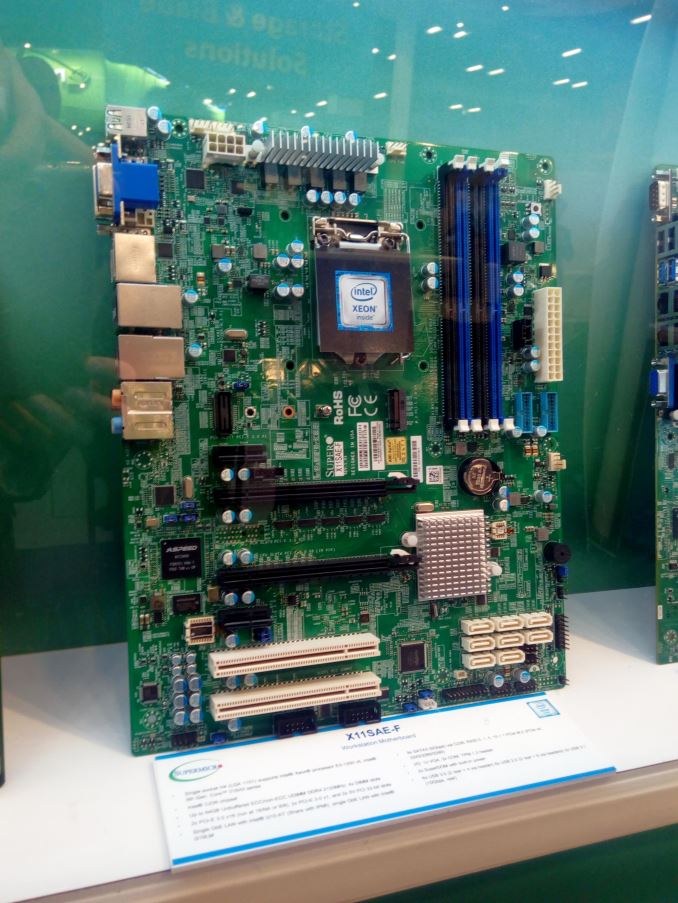 The X11SAE-F is the bigger brother, extending the feature set to dual PCIe 3.0 long slots in an x16 or x8/x8 configuration, doubling the PCI slots, and equipping the board with an AST2400 controller chip to allow for remote management. There is also a Thunderbolt header in play for PCIe based TB cards. 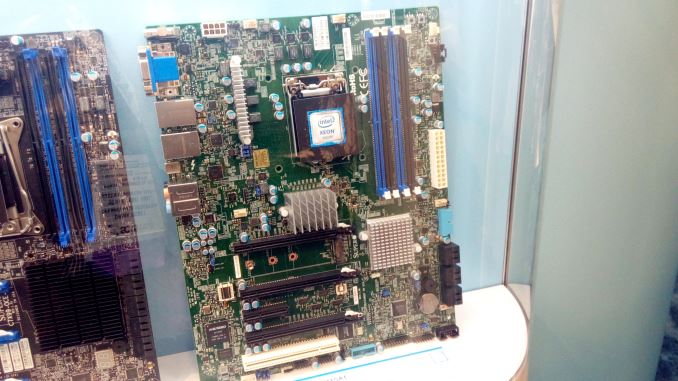 We also caught wind of the X11SAT which looks more like the consumer ATX parts, however this one uses a PLX chip under the mid heatsink (I assume it’s an 8747, and not a 9000 sries part) that gives x16/x8/x8 layouts for the PCIe slots. There is also an Intel Alpine Ridge controller, which the blurb states supports Intel’s Thunderbolt as well as Type-C to DisplayPort and USB 3.1. 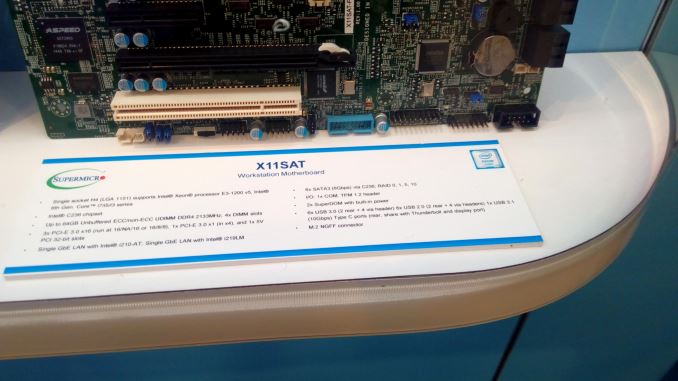 These should all be part of a larger SM stack of boards, and currently in the hands of SM’s sales people and common distributors. We’re hearing word that some of the Greenlow boards, covering both server and workstation, should offer quad-1G NICs, or dual 10G, some with LSI 3008 RAID controllers on board and even one with four PCI slots (for long-life legacy applications).