With Corsair placing a lot of emphasis within their business operations on their PSUs, it is no surprise that they are constantly releasing new models and upgrading their old ones. The RM series is focused on providing high performance while maintaining the lowest possible noise levels. In our review of the original RM1000, the PSU did manage to maintain outstandingly low noise levels, but there were certain shortcomings. The electrical performance was not on par with other advanced units and the small heatsinks resulted to relatively high temperatures, even under low loads. Furthermore, the use of components from not highly reputable manufacturers was criticized. 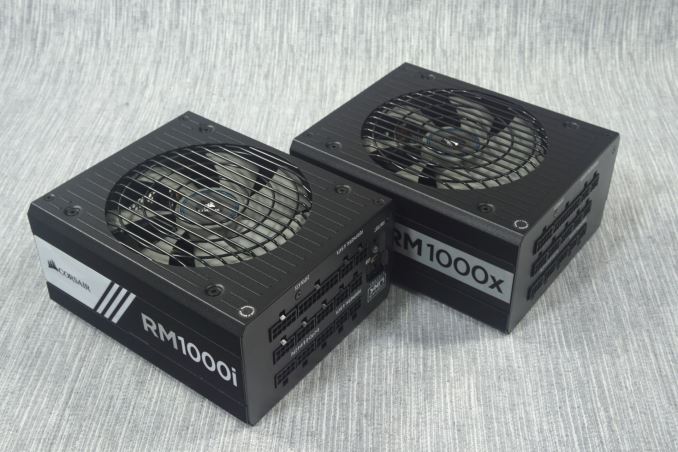 One year later, Corsair fixed all of these shortcomings, greatly improving the performance and the quality of the new RM-i and RM-x series units. All of the capacitors are now supplied by one Japanese manufacturer, Nippon Chemi-Con. They significantly increased the heatsink mass, resulting to lower operating temperatures, especially while the fan is not spinning. The lower operating temperatures allow the PSU to perform more efficiently and output more power, which is why Corsair increased the specification temperature to 50°C from 40°C. Furthermore, the electrical performance is impressively better, reducing voltage ripple and improving regulation by more than 50%. Finally, with the latest update Corsair also increased the warranty period from five to seven years. 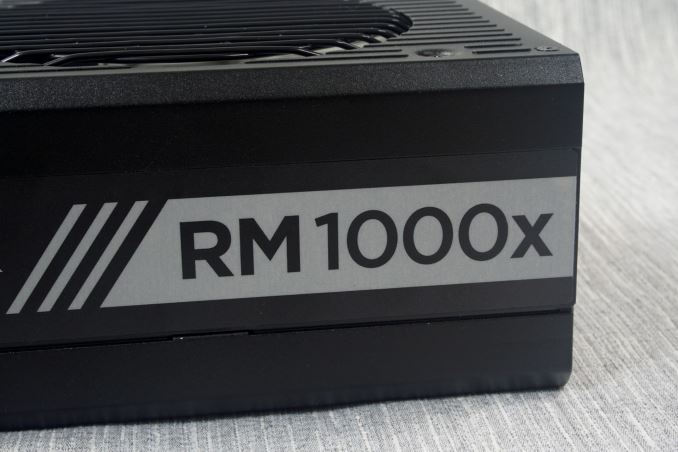 As for the differences between the RM1000i and RM1000x, there is just one: the Corsair Link interface. Other than that, the two units are indistinguishable from each other and their performance is identical as well. The RM1000i currently retails for $189 including shipping and the RM1000x, according to their MSRP pricing, should be retailing for $20 less.

Is the Corsair Link interface worth the extra $20? Well, it depends on the user, their needs, and to some extent whether they have multiple Corsair Link compatible devices installed to help spread the cost over multiple components. The Corsair Link software is fairly versatile and can be used to monitor vital figures such as temperatures, fan speeds, and in the case of power supply units, voltages and currents. For example, as can be seen in the figure below, the power input/output of the PSU and the individual voltage/current readings of each rail can be monitored in real time and logged as well. By default, the Corsair Link will not interfere with the standard protection circuitry of the PSU, even if the PSU is overloaded, as in the following example. The OPP (over power protection) will shut down the PSU instantly if the load is too high in relation with the temperature of the PSU. 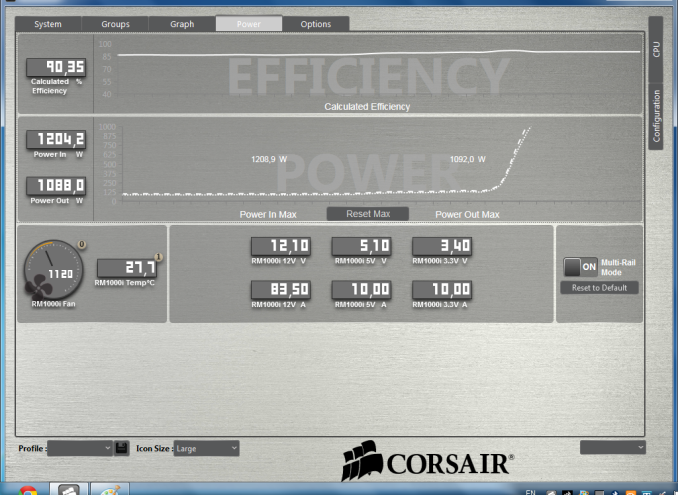 The Corsair Link feature also allows for the programming of thermal and safety profiles, allowing the user to create custom cooling profiles and initiate commands or warnings when certain thresholds have been exceeded. For example, certain fans can be set to turn off while the system is idling and start after a temperature exceeds a certain threshold. The Corsair Link does end up being very useful. but the truth is that the PSU will still work just fine without it. Therefore, it is up to the user to decide whether this extra flexibility and options are worth the extra $20 for them. 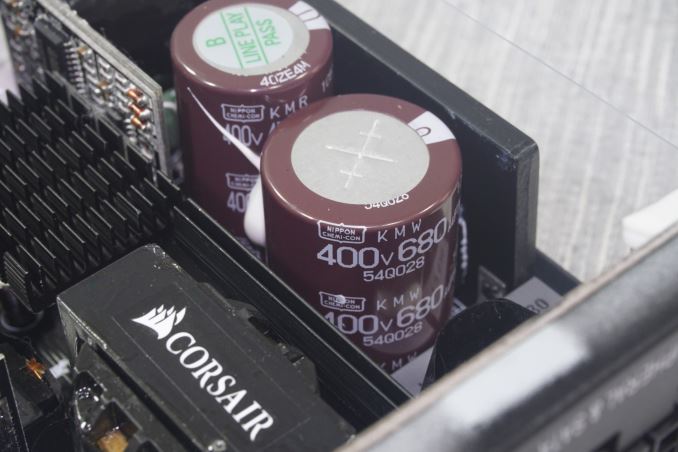 Ultimately there is no argument over whether the upgraded RM series models are significantly better than those presented one and a half year ago. The new models are of significantly greater quality, come with a longer warranty, and their power quality is significantly better, all the while their retail price is about the same as that of the first model. For those buyers who want a truly high performance PSU designed with low-noise operation in mind, the new RM1000 units are some of the best choices currently available.