Note: As the RM1000i and the RM1000x are technically identical, their performance during our testing naturally was identical as well. As such, one set of results is displayed in this review for clarity. 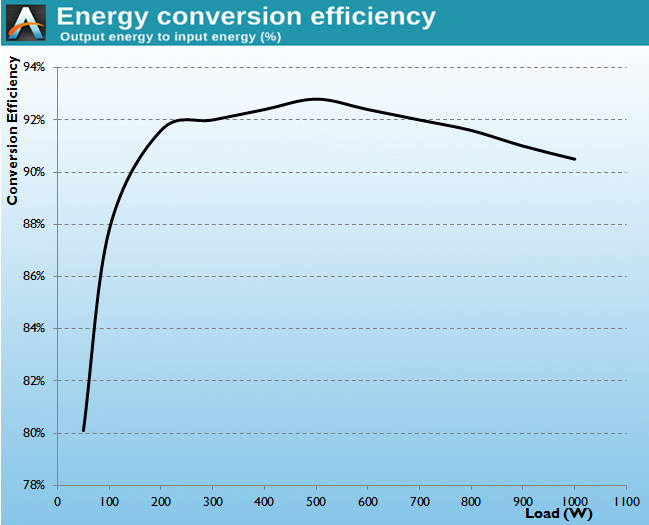 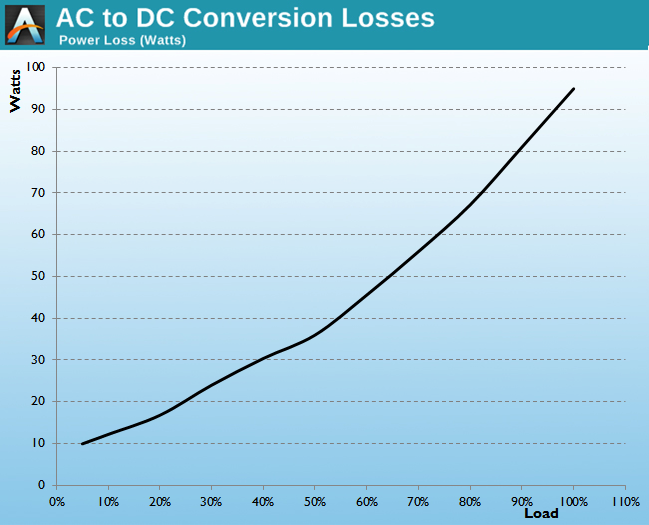 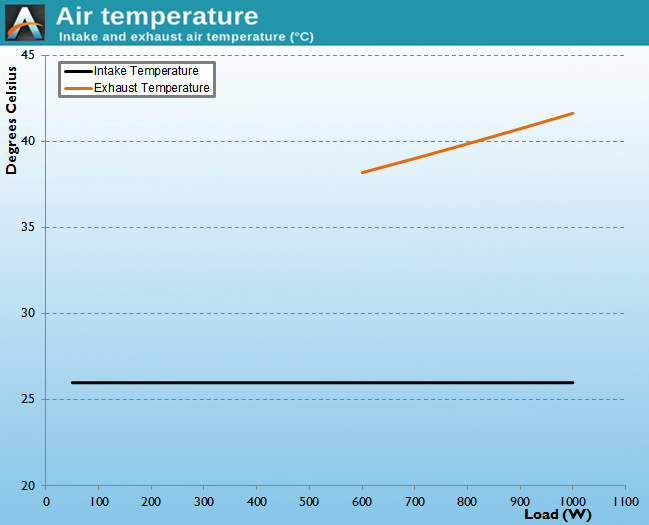 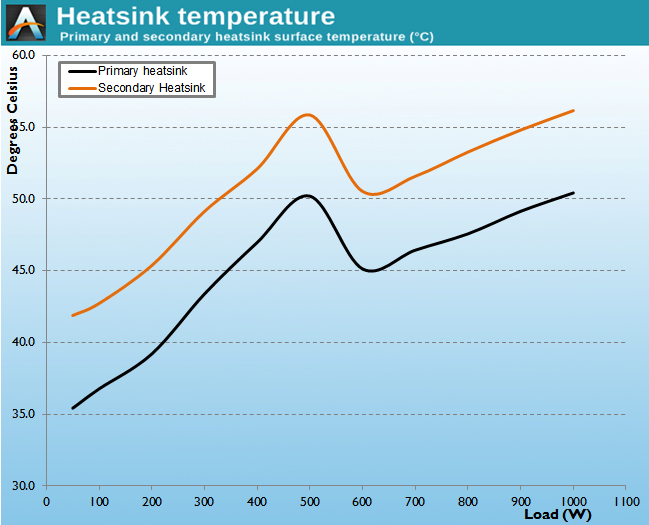 With the RM1000i/RM1000x operating outside our hotbox, the load had to reach 560 Watts before the fan even started spinning. The thermal performance of the newer models is clearly superior to that of the original RM1000 and astonishing for PSUs with that kind of power output, especially at lower loadings, where the fan is still not spinning. Once the fan starts, it remains practically inaudible. As the load increases however, the fan's speed will increase to meet the increasing cooling demands. The fan becomes clearly audible when the load is greater than about 800 Watts. 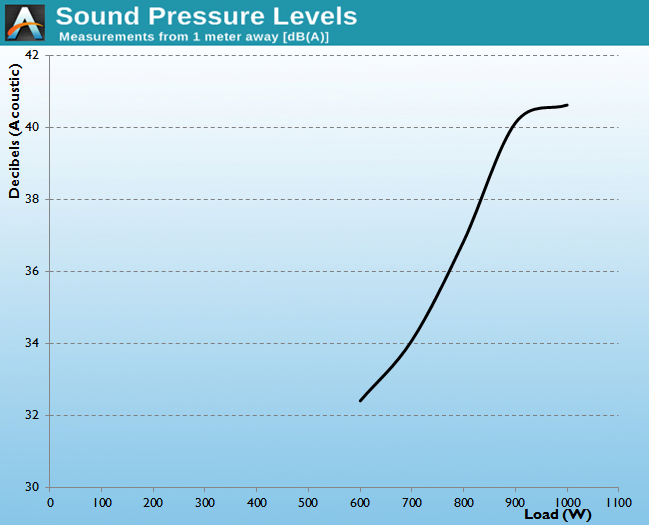