From popular demand, we have introduced SPECviewperf 12 into our testing regimen from August 2015. SPEC is the well-known purveyor of industry standard benchmarks, often probing both fundamental architectural behavior of processors and controllers, as well as comparing performance with well understood industry software and automated tools. It is this last point we pick up – SPECviewperf 12 tests the responsiveness of graphics packages in the fields of design, medical, automotive as well as energy. The benchmarks focus purely on responsiveness and the ability to both display and rotate complex models to aid in design or interpretation, using each packages internal graphics schema (at 1080p).  We run this set with a discrete graphics card, similar to the workstation environments in which they would be used. As a new benchmark, we are still filling the system with data. 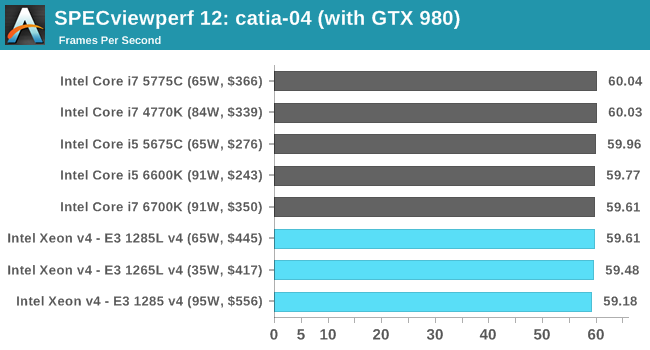 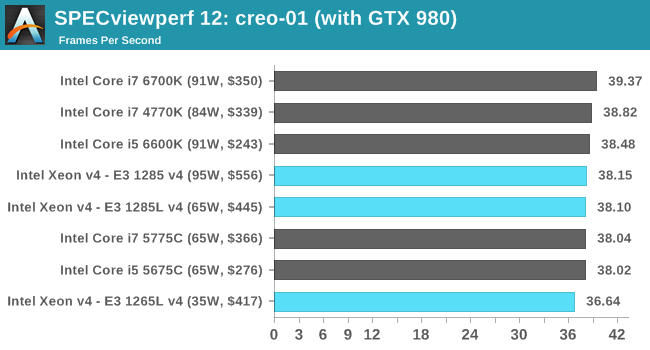 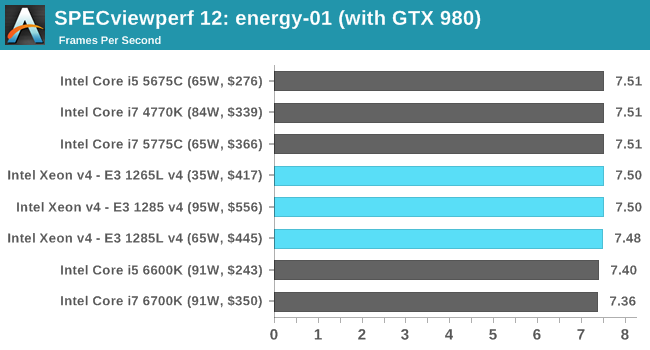 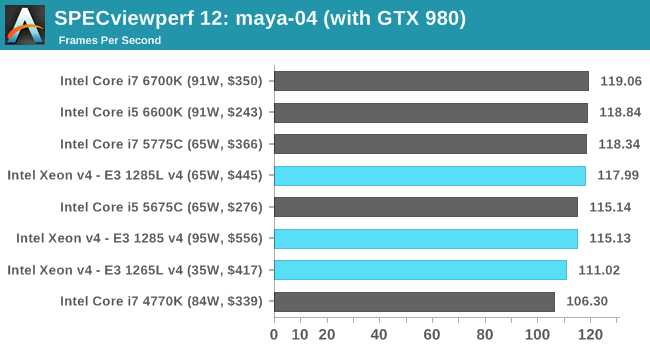 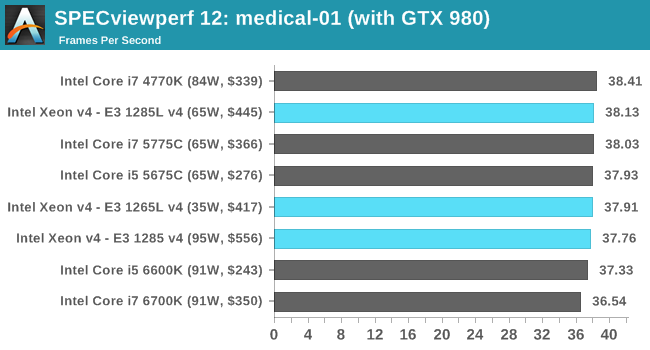 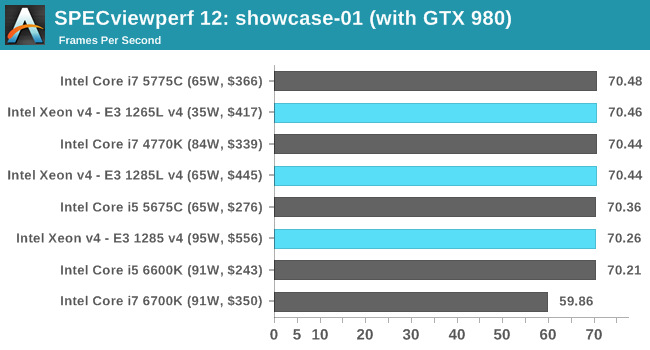 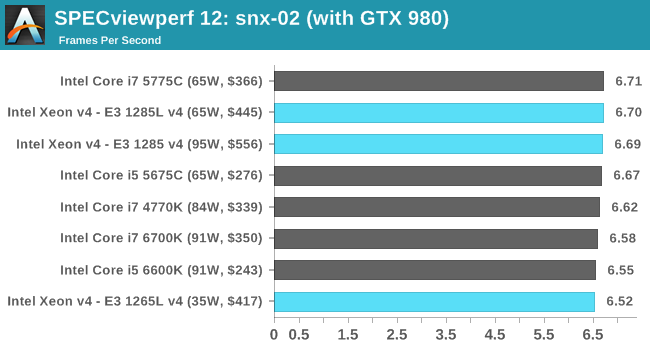 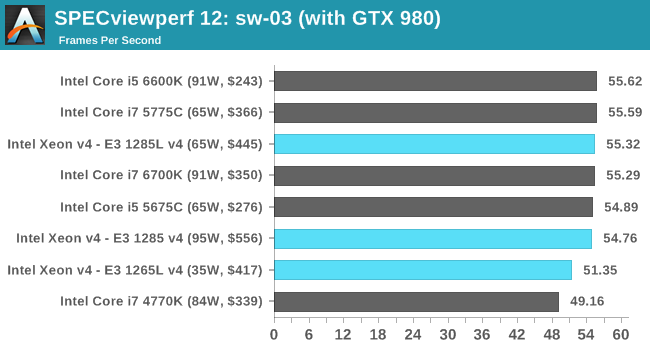 At a certain point it seems that most tests are graphics card bound, however a few show up that having the fastest processor makes a difference. Differences from the Haswell platforms score +5% at best, although a bigger difference can be seen going further back in CPU generations. At this point with a discrete graphics card, SPECviewperf's tests are more akin to our gaming tests when it comes to responsiveness.