While we’ve seen how the LG G4 performs in some general system workloads, in the interest of focusing a bit more strongly on GPU performance and gaming workloads we’ve also run a suite of benchmarks that are closer to mobile games in terms of workload and more strongly emphasize GPU performance. These tests are usually representative of burst/turbo performance. Those interested in steady-state performance can take a look at our extended rundown tests in the battery life section. 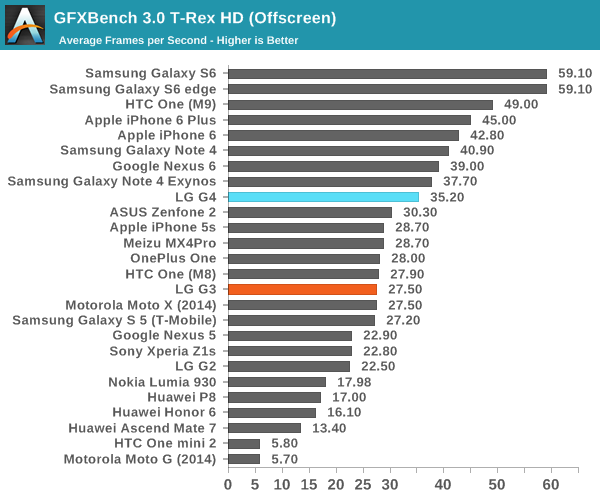 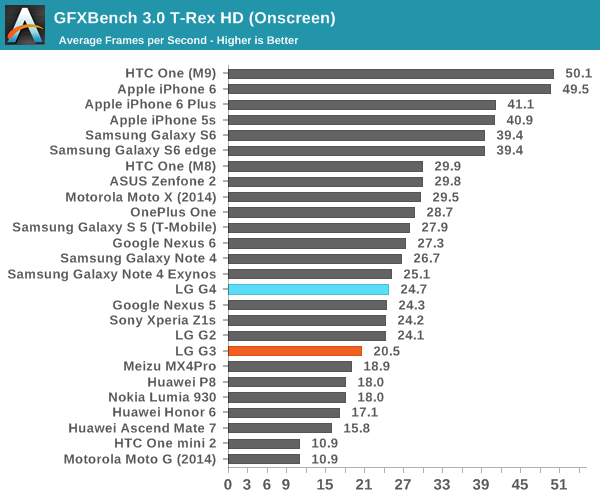 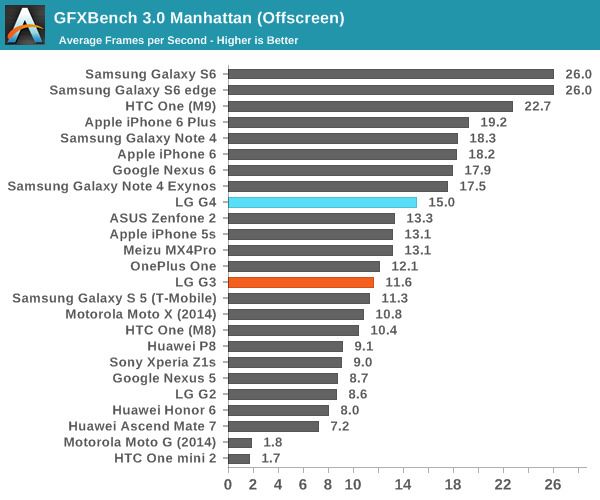 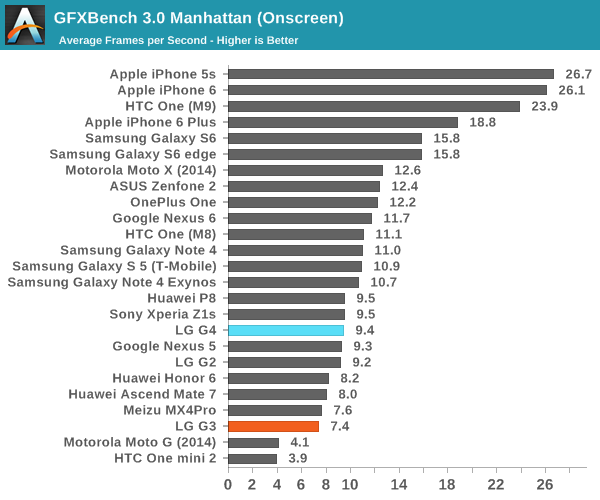 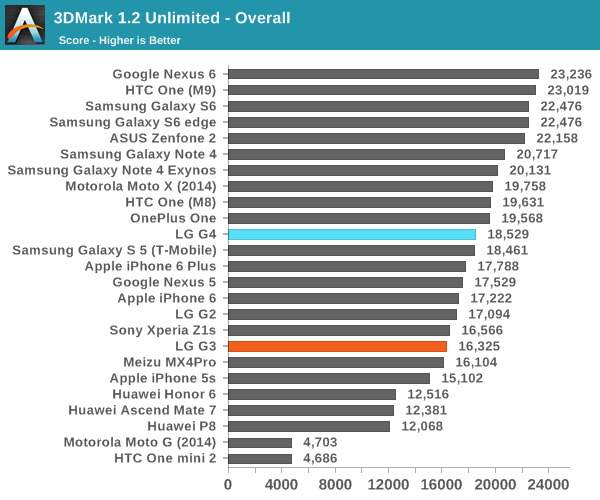 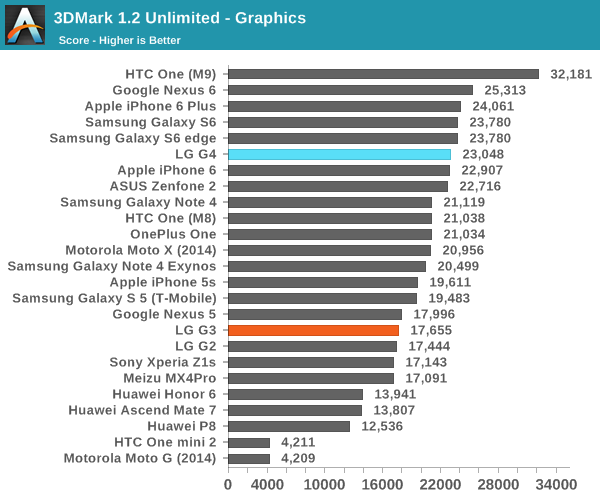 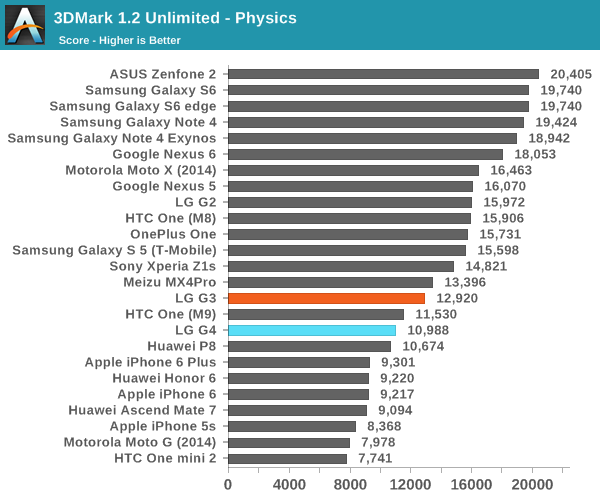 3DMark is a bit of an odd test in the sense that the factors that influence performance in the test are generally hard to predict, but we see a significant deficit in the physics test as it seems to be strongly influenced by main memory latency as the test is cache-unfriendly. The graphics test also indicates a minor improvement over the Snapdragon 801, likely due to differences in architecture from the Adreno 330 to 418 that are coming through in this test. At any rate, the end result is that the G4 ends up around the same level as Snapdragon 801 devices. 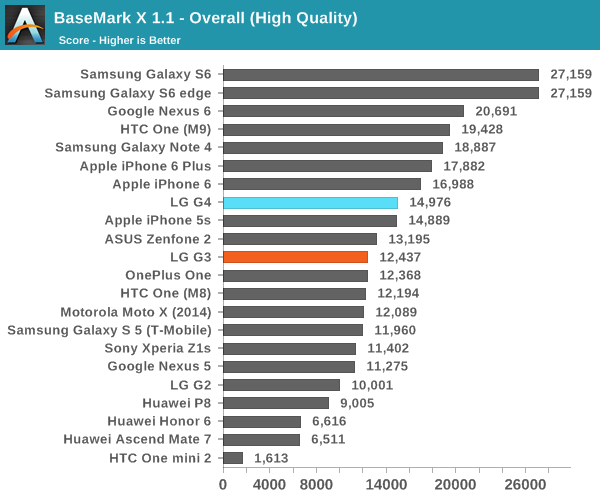 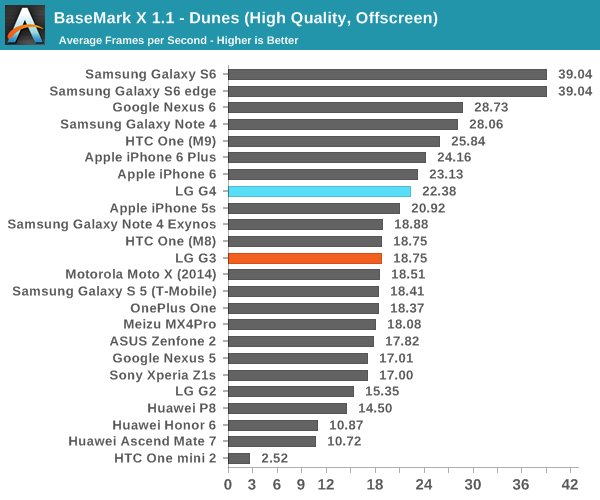 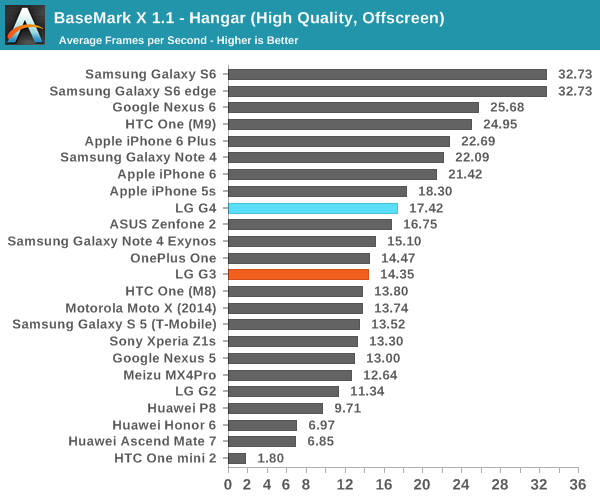 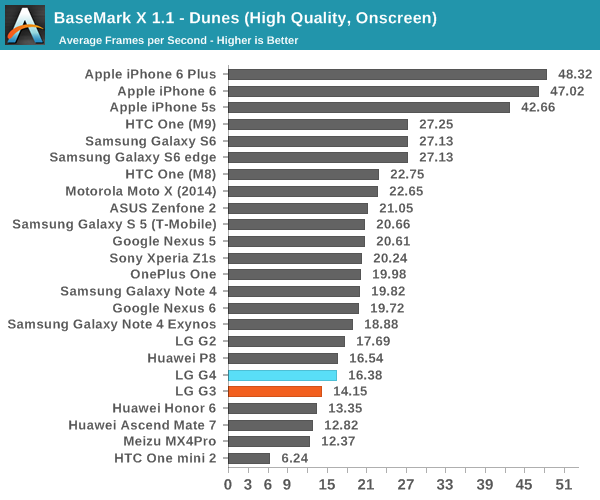 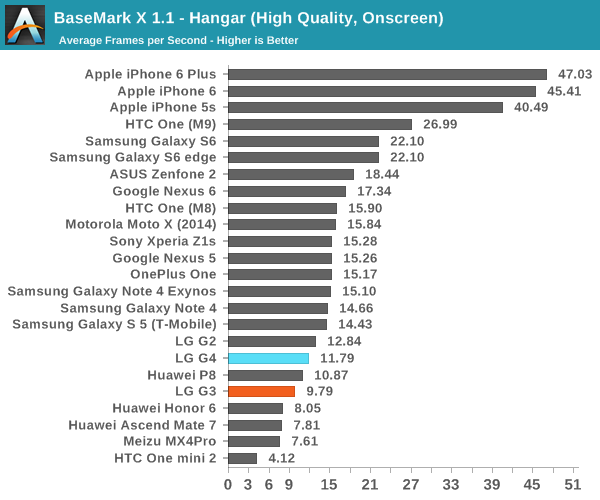 In this test we see that the G4 has a noticeable uplift relative to various Snapdragon 801 devices, but the improvement continues to be slim enough that in on-screen performance the 418 is really comparable to the Adreno 330 in the Snapdragon 800 rather than the Snapdragon 801, which puts it just below the Adreno 420. Overall, the LG G4 is definitely fast enough to enable a good user experience, although the somewhat weaker burst GPU performance leaves it at a handicap relative to anything equipped with an Exynos 7420. Given some of the issues we've seen with the Snapdragon 810, it seems that LG's choice was a wise one.

Although NAND performance has always been important, until the Nexus 7 (2012) it wasn’t really an area that received a lot of scrutiny. For the most part, people didn’t really pay attention to storage beyond how much storage was available. As a result, this aspect of the device was often subject to aggressive cost control, often to the detriment of performance. However, in the case of the Nexus 7 we really started to see how cutting too far could make a device almost unusable instead of just slow and frustrating.

In the interest of testing this aspect of device performance, we use Androbench with some minor modifications to test settings to get a rough idea for how fast the internal storage solution is. In the case of the LG G4, it seems that Toshiba manufactures this NAND, named 032G74, but there’s otherwise not much information publicly available on this eMMC solution. 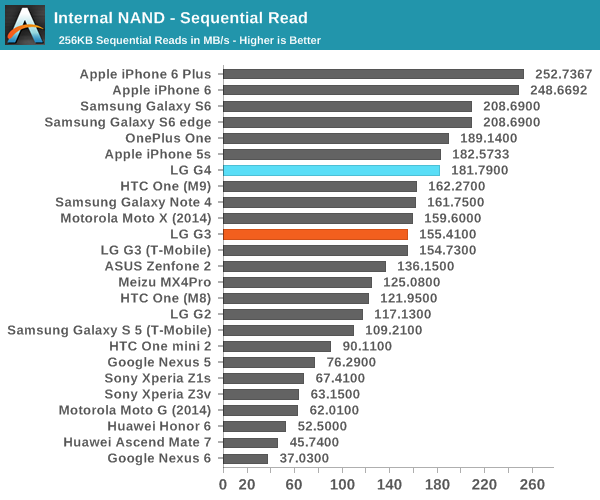 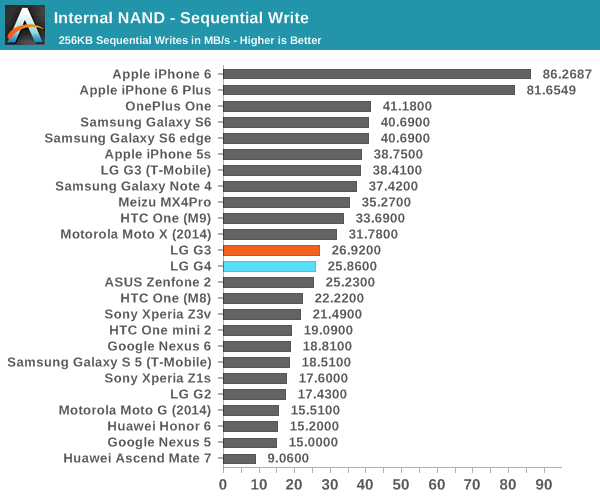 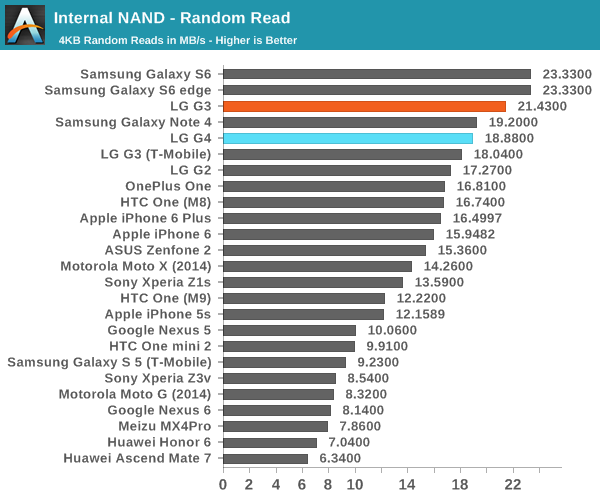 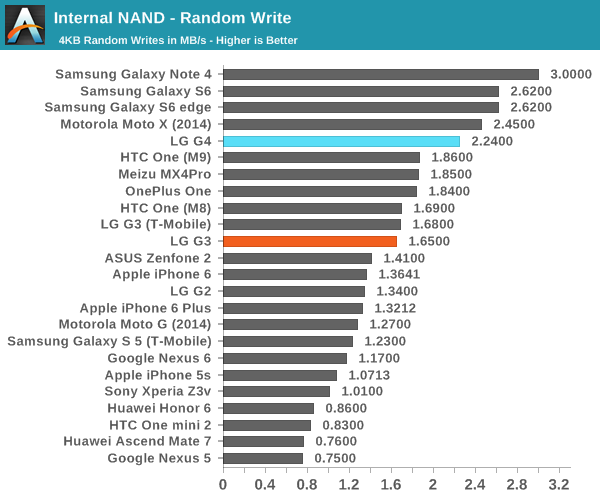 As far as I can tell, the LG G4 has relatively similar NAND performance relative to the G3, but the tuning appears to be somewhat different as the G3 is faster in random reads but the G4 is faster in random writes. Either way, the storage solution in the G4 is sufficient for good performance, although not quite as fast as the Galaxy S6. I suspect that in the absence of an SLC caching system similar to the variant of iPhone 6 that we tested that sequential reads/writes will continue to be relatively low.