Now that we’ve been able to discuss the basic specs of the camera and the user experience of taking photos, we can begin to talk about the image quality of the camera system. This is an incredibly complex field to say the least, as there are many parts of the chain that have a significant impact on overall quality. In order to test this, we use relative photo comparisons which allow for some level of objective comparison in terms of optical distortions, MTF, and other factors that influence image quality. I’m still not satisfied with the state of our testing suite here, but for rough comparisons it should serve well. 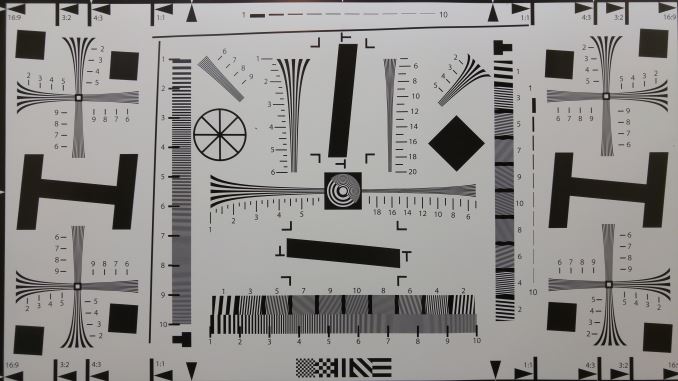 In our ISO test chart, the G4 effectively has no problem resolving anything on the test chart, but the contrast between lines can get rather low by the time we reach the 20 mark on this graph. However, resolution at the center isn't the only part that matters, but rather resolution at the edges. In that regard it appears that the G4 has some issues with defocus and noise at the edges that is slightly worse than the Galaxy S6, but it's definitely possible that we're just looking at differences in post-processing as the haloing is definitely slightly more obvious on the G4 around all the high-contrast edges in this photo. 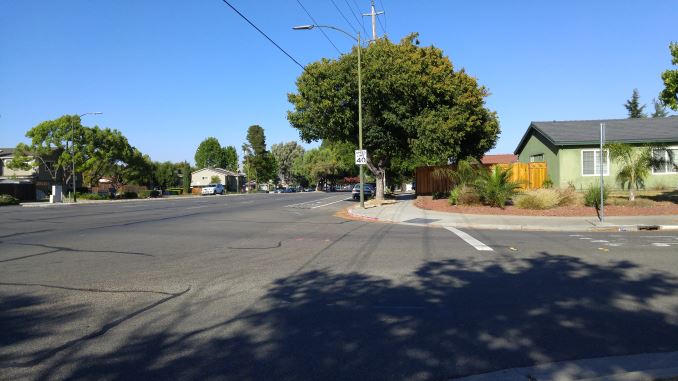 Moving past our controlled lighting tests, we use some real-world estimations to try and judge more than pure resolution. In our daytime landscape tests, the LG G4 is roughly equivalent to the Galaxy S6, but textures seem to have visibly lower resolution. Given the even more aggressive sharpening on the LG G4 compared to the GS6, it’s likely that we’re seeing differences in post-processing and possibly differences in optics as well. It’s worth noting here that the OIS has a tendency to drift even in situations that don’t appear to have any hand shake present, so this can also affect the sharpness of photos in daytime.

At any rate, resolution is effectively comparable to the LG G3, which is probably indicative that we’re mostly limited by the optics here, and that decreasing pixel size much further won’t really help with increasing resolution. HDR is pretty much similar in terms of quality to the Galaxy S6, but the use of multiple image combination affects the shot to shot latency as there’s additional processing time compared to the Galaxy S6’s instant HDR which affects the user experience. I should note that RAW output is effectively useless here as well, as there’s basically no lens or sensor profile so the colors of the RAW photo look rather off, in conjunction with vignetting and other distortions that are difficult to correct for. 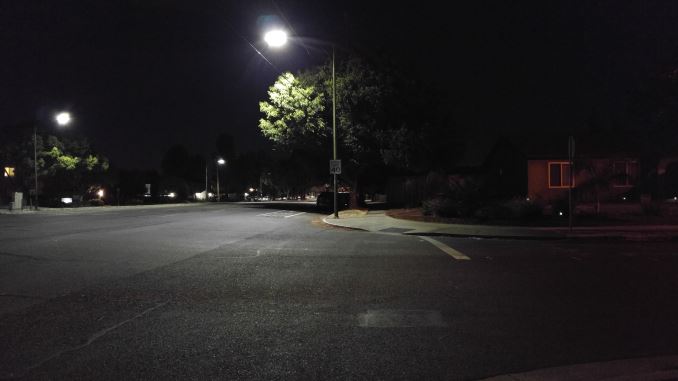 In low light, the LG G4 is arguably far superior to the Galaxy S6 in terms of quality. Looking at the test images, a number of issues stand out in the Galaxy S6 that are resolved in the LG G4. The first is that the processing avoids artificially increasing exposure well past what the sensor has recorded, so there’s no purple hue in black areas like the sky and the right side of the image. The other significant advantage here is that LG’s noise reduction algorithms are much more balanced, favoring preservation of detail over smoothing out luminance noise. The speed limit sign is significantly more legible, and in general edges remain much sharper on the G4, and textures retain more detail than on the Galaxy S6. Given that detail seems to be a bit worse in daytime, it seems fair to say that LG has simply adopted better post-processing for low light photos, so these comparisons are definitely subject to change as OEMs adjust post-processing with various OTAs.

Overall, I’m actually quite impressed with what LG has done here. The camera UI is easily one of the best I’ve seen in any smartphone, and the camera is definitely much faster than the one on the LG G3. Shot to shot latency isn’t quite fast enough to feel instant, but it’s at least competitive with other devices on the market. Image quality is also competitive with the Galaxy S6 in the day, and noticeably better at night. Combined with the manual controls, I would argue that the LG G4 is a better camera than the Galaxy S6 and even the iPhone 6 Plus, although I would prefer a 4:3 sensor and a stronger focus on reducing optical distortion over chasing wider field of view and wider apertures for future iterations of the device.