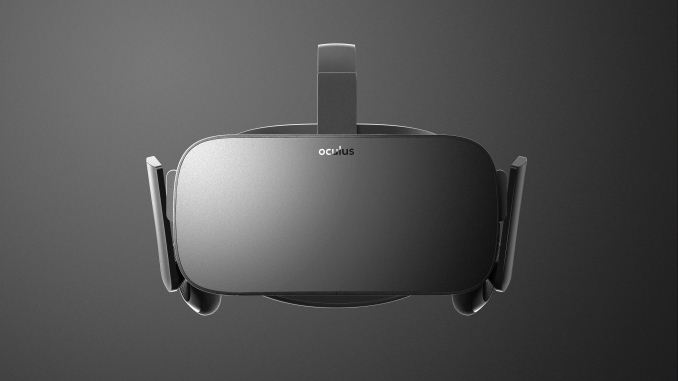 For all of the public Oculus Rift demos so far, the demo systems have been driven by very powerful hardware, and for good reason. With the need to double-render a scene (once for each eye) along with keeping latency to an absolute minimum, Oculus and game developers alike have not been taking any chances on performance, always making sure they have more than enough to work with. Since the very first Rift demos GPU performance has improved at a decent clip, but rendering a scene quickly in 3D is still a demanding task.

As a result we’ve known since the earliest days that the system requirements for the Rift would be rather high. But of course with the device still in development – and not just the headset, but the sensor suite as well – the system requirements were still in flux. Today via an announcement on their site, the Oculus team has revealed their recommended system specifications and how they’re treating these as much more than a minimum.

Overall the recommended specifications are not too far off from the specs of many of the Rift demo systems, and in fact they may be a bit lower. The GPU recommendations only call for a $250+ video card despite the GPU generally being the bottleneck (and many recent demo systems using multi-GPU configurations for that reason). Meanwhile everything else is about as expected, with users wanting a fast Intel quad-core CPU, plenty of RAM, an HDMI port to connect to the Rift, and USB 3.0 ports for the Rift to feed sensor data back to the host PC. Essentially any modern mid-to-high end gaming PC should meet these requirements.

While explaining the specifications, Oculus also took a moment to note that while laptops are not formally excluded from running the Rift, they likely will run into issues. Along with the weaker GPUs on laptops, most laptops are using NVIDIA Optimus or AMD Enduro technology to slave the discrete GPU to the integrated GPU, which means that the dGPU doesn’t have a direct output, rather it goes through the iGPU and its outputs. This is where the “direct output architecture” part of the specifications come in; Optimus/Enduro are not supported, and for laptops to work the dGPU will need to be able to directly drive an HDMI port, which is something that very few gaming laptops do.

Finally, along with releasing the specifications, Oculus is also outlining how they want developers to treat the specifications, and how they want to see the Rift developed against as a single, stable, long-term platform. As Oculus wants to increase Rift adoption over time and deliver a consistent experience, they are asking that developers treat these recommended specifications as a quasi-singular platform, optimizing their games around these specifications over the long-haul. This way as Rift prices come down and lower-end PC performance goes up, consumers assembling these cheaper Rift systems will be able to pick up a Rift and play new games just as well as launch hardware plays launch games and new games alike. In essence Oculus wants to setup a loose approximation of the console ecosystem, having developers optimize against an unchanging baseline so that PC spec creep doesn’t slowly ratchet up performance requirements as what happens today with PC games.

The reality of course is that these are just developer suggestions, but it’s an interesting idea that makes a lot of sense given the fact that Oculus will need time for developer and consumers to adopt the Rift en masse. Suggesting that developers optimize around a fixed point ensures that costs come down over time, and launch buyers aren’t quickly left behind. That said, optimizing a game around a specific point and making that point a game’s maximum settings are two different things; given how well VR scales with multi-GPU setups, I wouldn’t be the least bit surprised to see some developers treat these recommendations as minimums, and offer better graphical effects for more powerful systems.