In August of 2013, Motorola launched an innovative web portal, Moto Maker, enabling personalization of the original Moto X immediately prior to purchase. Almost two years later, Moto Maker remains the most comprehensive offering for phone personalization in the industry. While I do not know how many Moto Xs have been sold instead of rival devices due to Moto Maker, anecdotally, the owners of customized Moto X devices always stand out.

Today, Motorola has expanded Moto Maker to include the Moto 360. Watch design preference is very personal so implementing a Moto 360 version of Moto Maker is a natural extension of an existing Motorola capability. This announcement likely also signals Motorola does not intend to replace the Moto 360 soon- despite its aging OMAP 3 processor which was not optimized for the wearable use case.

At launch, the Moto 360 was available with a black or stainless steel case. Leather bands were available in in either black or grey. Since then Motorola launched a metal band variant and allowed purchase of bands separate from the device. Bands can be installed to the Moto 360 with a jewelry tool but Motorola recommends taking the watch to a jeweler.

Todays announcement expands the total available color and material options for the case and bands and also ensures Motorola combines the desired band and case before shipping. Case choices have been expanded to three with the addition of a champagne gold finish option for an extra $30, and band choices have expanded to nine with metal commanding an extra $50. It is odd that the case's gold finish costs an extra $30 when the same gold finish on the metal band carries no extra cost. See the selection images from Moto Maker below. 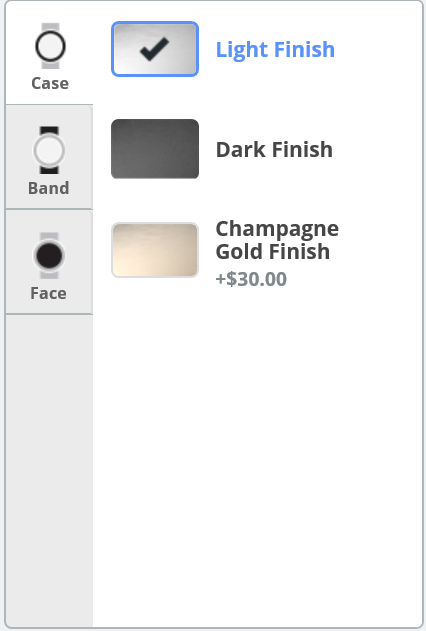 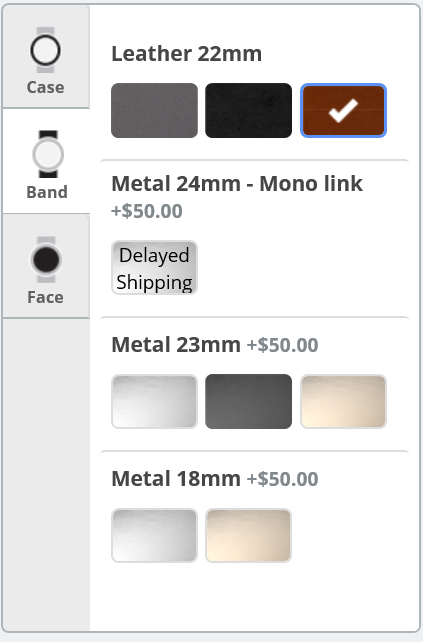 Moto Maker also allows you to select the watch face. As an Android Wear user, I find this odd. The watch face is one of the first things setup in the device pairing experience, and can be changed at any time. However, for potential buyers, this provides a previously unavailable preview of the device with many different watch faces. I realize Motorola could not include everything in Moto Maker, but simply selecting a canned watch face is a bit misleading. When you own the device, each of these faces can be further customized. For example, size and color of tick marks and/or background images can be changed. 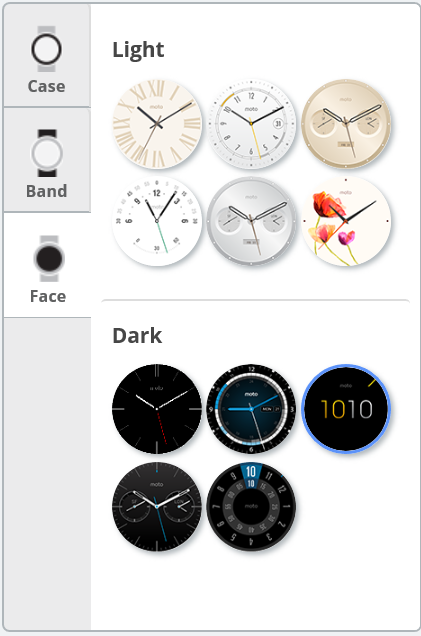 While making selections, the center of the website updates showing a live preview of your choices. Unlike the Moto X, there is no interactive 3D view available, but instead there are 5 canned views that provide good coverage.