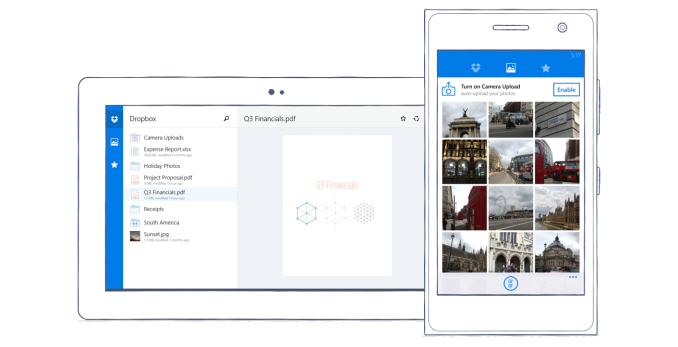 Late last year Dropbox announced that they had entered into a partnership with Microsoft. When this partnership was announced, the first benefit that it brought to consumers was Dropbox integration in Microsoft Office. This allowed users to choose between using Dropbox or Skydrive as a medium for storing all of their documents in the cloud.

Today Dropbox announced the next step in this partnership with the launch of an official Dropbox application for Windows Phone. This completes support for Dropbox on devices in the Microsoft ecosystem, with a Modern UI application for Windows PCs and tablets having been available since the beginning of 2013. It has definitely taken a while for it to move to mobile, but it's good to see another developer making apps for Windows Phone. The app is available for any users running Windows Phone 8.0 and above, and includes all the features you'd expect from Dropbox, as well as some Windows specific abilities like pinning Dropbox folders as Start Screen tiles.