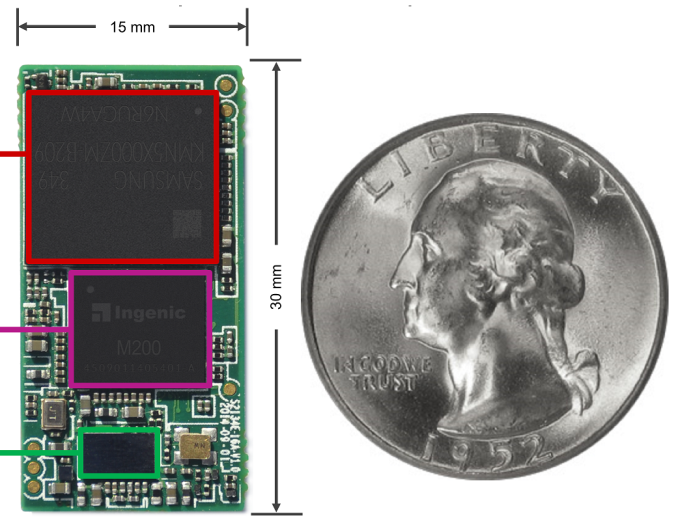 The wearables and IoT market are moving very quickly, and only seven months after announcing their Newton platform, Ingenic is following up with Newton2. This pace reminds me of the glory days of consumer graphics cards, when NVIDIA and ATI were clawing for market share and would each produce two large launches per year. While the PC (and even smartphone) market has matured to a slower pace, the wearables and IoT market is currently quite frenetic. Dozens of companies worldwide are attempting to cash in on the explosive growth potential. Over time, we will see consolidation as contenders are crowned champions, but who those champions will be is anyone’s guess at the moment.

Ingenic is a relatively low profile company that could use an introduction. Ingenic is focused on semiconductors and devices and was founded in Beijing, China in 2005. Ingenic has licensed the MIPS architecture and designs their own CPU core and SoCs, and those designs are popular in low-end products such as digital picture frames, portable media players, and GPS devices. Ingenic had its IPO in 2011 and currently has a market cap of roughly $550 million. 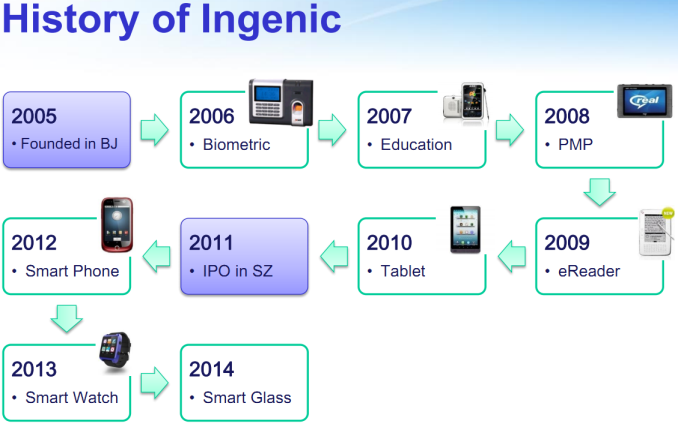 Before getting to the details of Newton2, it’s important to understand positioning. Unlike other competitors, Ingenic positions the Newton (and Newton2) platform not as reference designs but instead as complete solutions. Ingenic would love to simply sell you the entire module as-is in high volume. However, Ingenic will build customized versions if you buy enough of them. This is similar to the Original Device Manufacturer (ODM) model, but in this case Newton is not an entire device but simply the electronics module. The purchaser still needs to place it into a full-fledged device like a smart watch or refrigerator. While Ingenic will sell you its custom designed SoCs as well, I am sure they would rather sell Newton as the margins for an integrated platform are guaranteed to be higher.

Now to the details. The Newton2 platform is a highly integrated module. These types of electronics are often referred to as a System on Module or SOM. Newton2 integrates the necessities of a wearable or IoT device, such as several built-in sensors and connectors for optional or obviously external components such as a display. Both Newton and Newton2 contain full featured application processors and can run Android. 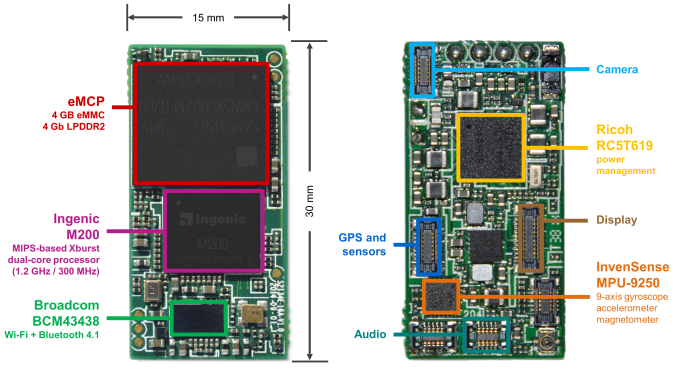 The SoC on Newton2 is entirely new, the Ingenic M200. Notable inclusions in M200, beyond the bevy of traditional functionality, are the LCD and E-Ink display controllers, voice trigger processing offload, and the M200 SoC. 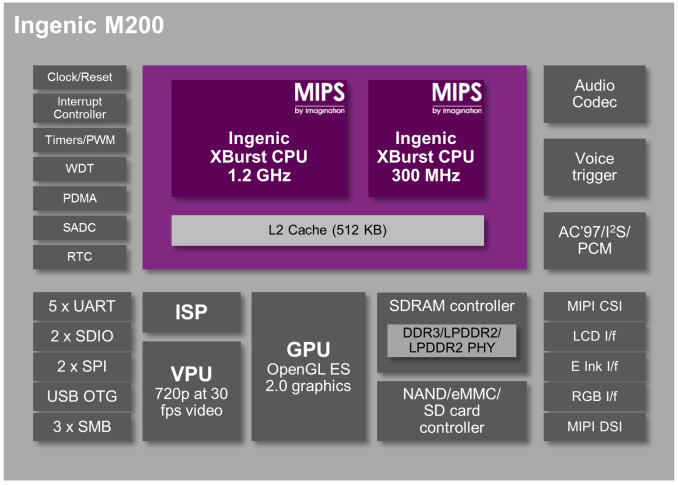 Keep in mind that not every M200 interface is exposed on the Newton2. For example, accessing all five UARTs would require integrating the M200 into your own custom board.

The CPUs inside the M200 SOC set this SOM apart. The M200 integrates two custom designed Ingenic XBurst1 processors using the MIPS32 Release 2 ISA and include floating point and SIMD. Each processor is a full applications processor (AP) with an MMU and caches. However, you can consider the M200’s CPUs heterogeneous as one CPU is performance optimized and operates at up to 1.2 GHz while the other is optimized for power consumption and runs at up to 300 MHz. This is something we have seen before from NVIDIA with their Tegra devices as well as ARM's big.LITTLE, but it's different than other wearable and IoT efforts where low power duties are handled by a simple microcontroller (MCU). Using two APs likely simplifies software development somewhat, even if they are different, as they aren’t as enormously different as an AP and an MCU.

Looking at the XBurst1 power consumption, these cores are significantly lower power than the Cortex-A5 which ARM specifies at 0.12 mW/MHz on the same 40nm LP process. Comparing these cores beyond their power consumption is outside the scope of this article, but it is worth pointing out because ARM is citing Cortex-A5 as their most power efficient wearable CPU.

The XBurst1 CPU core has been around since 2005, when Ingenic was founded. Ingenic revealed in 2013 it had purchased a MIPS64 license and was developing XBurst2 with design completion targeted at 2014. This will go hand in hand with Android 5.0 supporting MIPS64 ISA natively. Keeping with their roughly six month pace, it isn’t too farfetched to imagine a Newton3 platform sporting a MIPS64 XBurst2 with Android 5.0 launching in mid-2015.