With the socketed version of Kabini formally announced by AMD, motherboard manufacturers are in full swing in announcing their line up to AMD’s budget range.  AMD’s goal is to get the Kabini platform to $60 for motherboard and processor, which cuts into motherboard margins and does not often leave much room for innovation.  ASRock is doing something a little different on one of their motherboards which is worth a closer examination.

First up is the AM1H-ITX, a mini-ITX motherboard that is equipped with two ways of implementing power.  Users can either use a traditional power supply, or use a DC-In jack that draws power from a standard 19V laptop power adaptor: 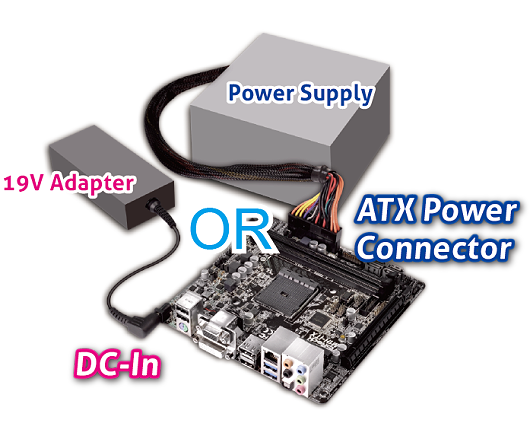 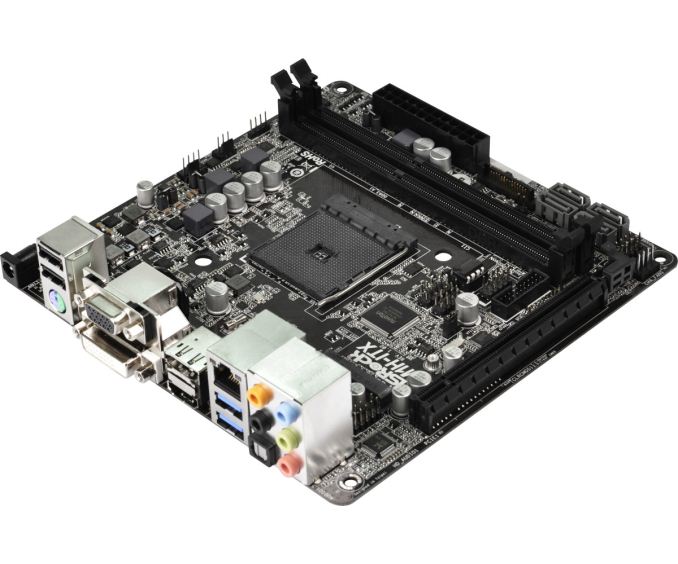 In terms of small form factor systems, this removes the need for a bulky internal power supply (or even a pico-PSU) and changes into a console-esque arrangement, reducing the volume of the chassis needing to house the system.  The motherboard itself supports two DDR3-1600 DIMM slots, a PCIe 2.0 x4 lane, a mini-PCIe slot, four SATA 6 Gbps ports (two from an ASMedia controller), a COM header, a TPM header, four USB 3.0 ports (two via ASMedia), Realtek RTL8111GR gigabit Ethernet and Realtek ALC892 audio.

The AM1B-ITX is another mini-ITX product, this time including a parallel port, four SATA 6 Gbps (two from ASMedia), four USB 3.0 ports (two via ASMedia), Realtek RTL8111GR gigabit Ethernet and a Realtek ALC662 audio codec, putting it on a lower price point to the AM1H-ITX.  There is no DC-In jack here, nor a mini-PCIe slot; however there is a PCIe 2.0 x4 slot, a COM header, a TPM header and dual DDR3 DIMM slots. 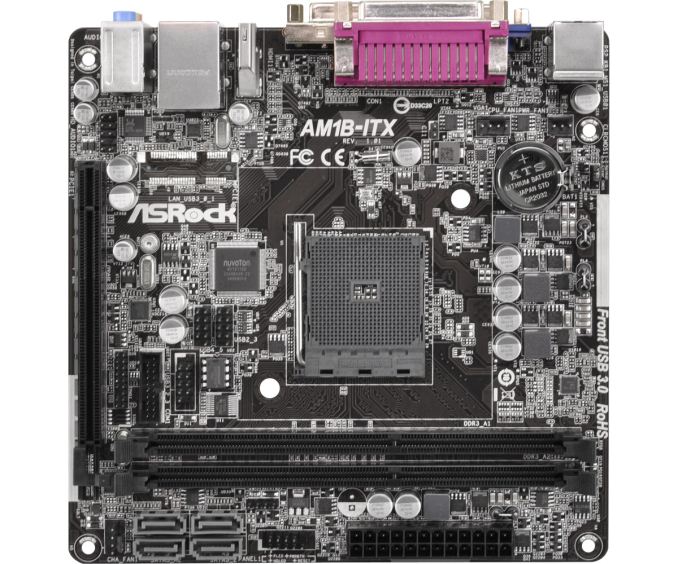 The other product in the lineup is a micro-ATX offering which seems very stripped down to provide all but the basics.  Alongside the two DDR3-1600 DIMM slots are two SATA 6 Gbps ports, two USB 3.0 ports on the rear IO, a VGA port, a combination PS/2 port, a Com header, Realtek Ethernet and ALC662 audio, a PCIe 2.0 x4 slot and a PCIe 2.0 x1 slot. 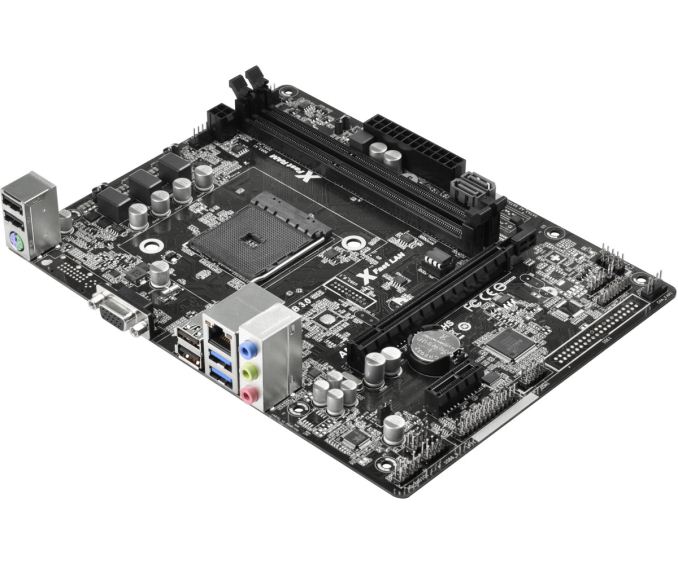 ASRock is expecting these models to be available from 4/9.  I am awaiting information on pricing and will update when we get it.