It’s really tough to say much here on the CPU and GPU side, although it seems that since we first looked at the MSM8974 there has been quite a bit of optimization in general, based upon some browser benchmarks that I tested. Once again, Brian has covered this, so I would reference the Nexus 5 review. 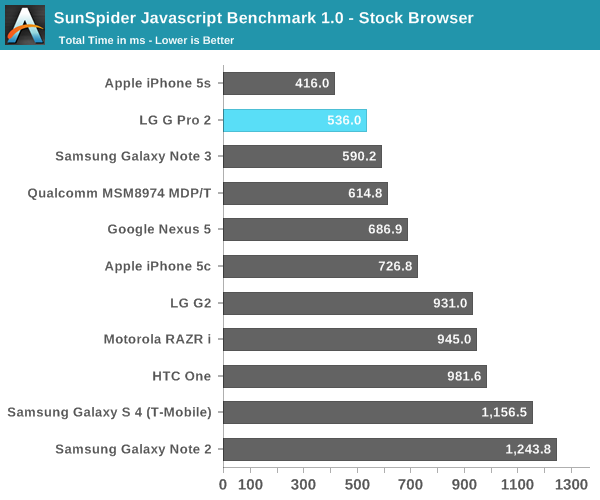 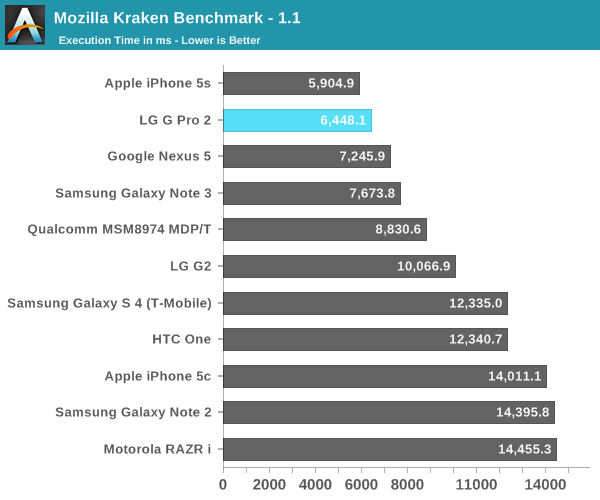 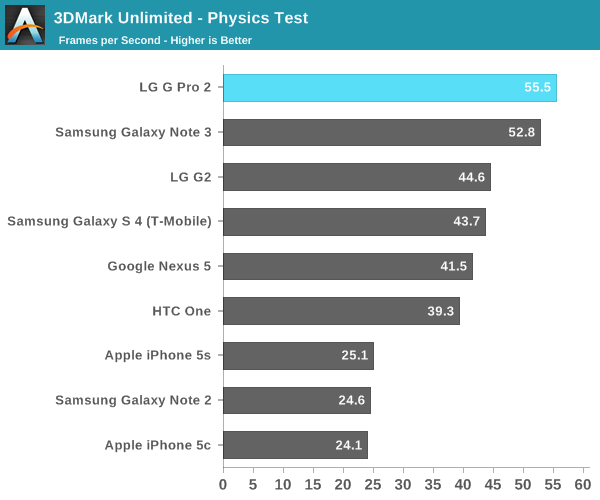 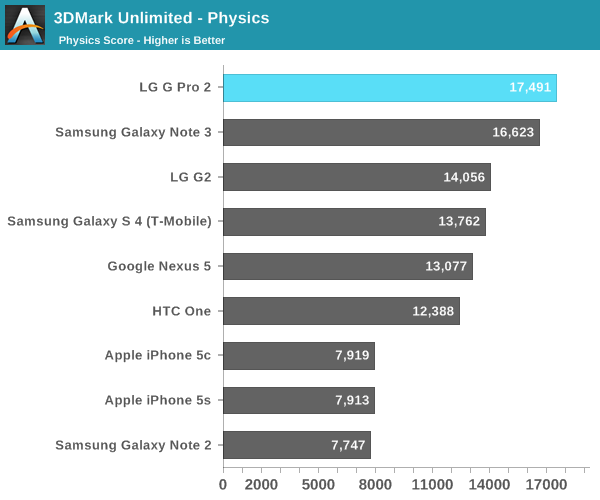 On GPU, absolutely nothing changes here as far as I can tell, the performance I get on T-Rex and on the 3DMark suite is effectively identical to the numbers I’ve seen on other 8974 platform devices. 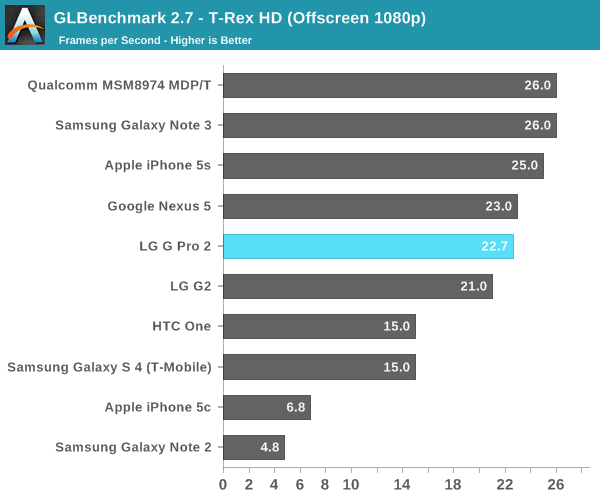 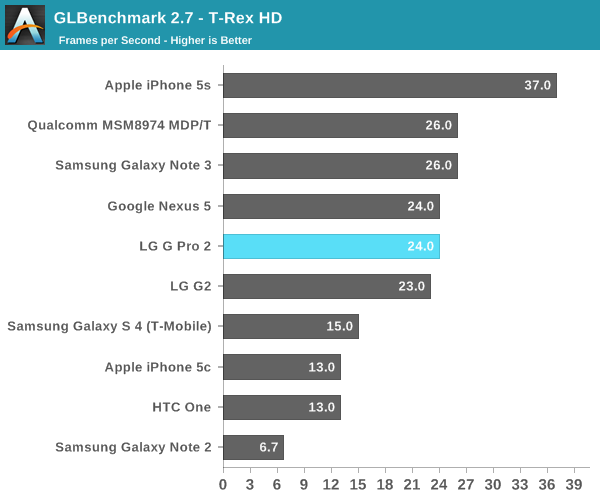 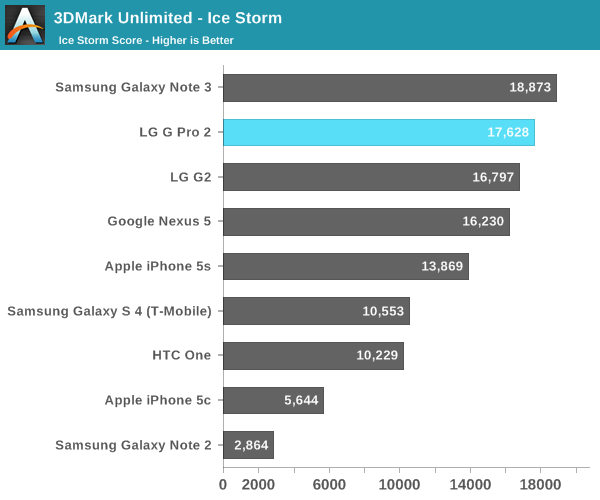 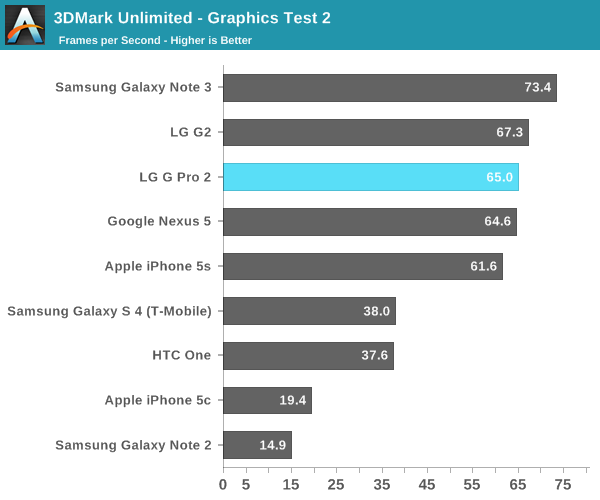 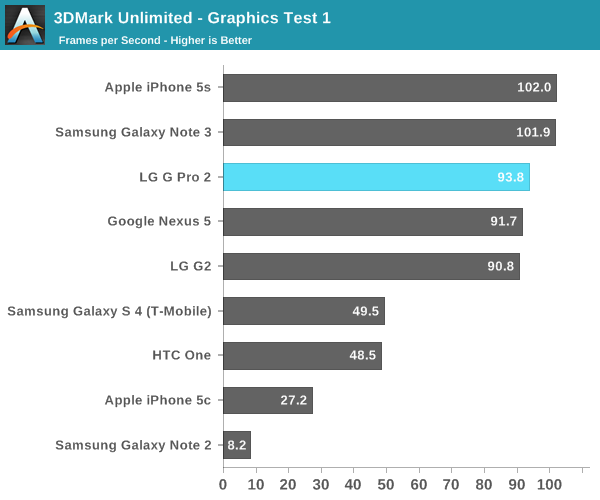 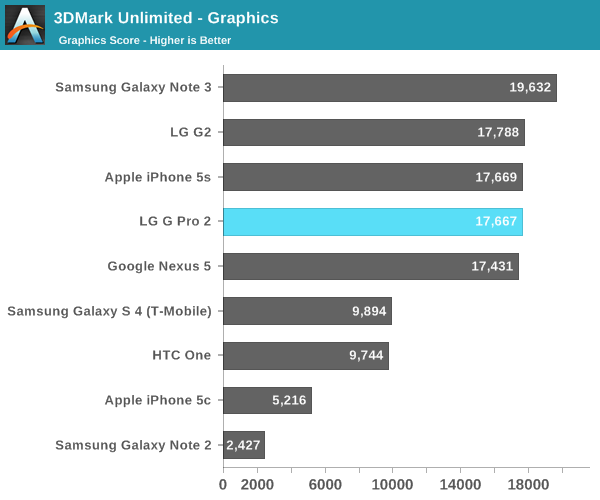 The real story here is that LG doesn’t seem to be running any benchmark optimizations, which is certainly a far cry from other devices that I’ve looked at recently. This is good to see, and I hope that this becomes a trend with OEMs as the year goes on.

On NAND, LG seems to be going after Samsung with their relatively fast storage, although it doesn’t quite beat the Note 3 when it comes to random writes. 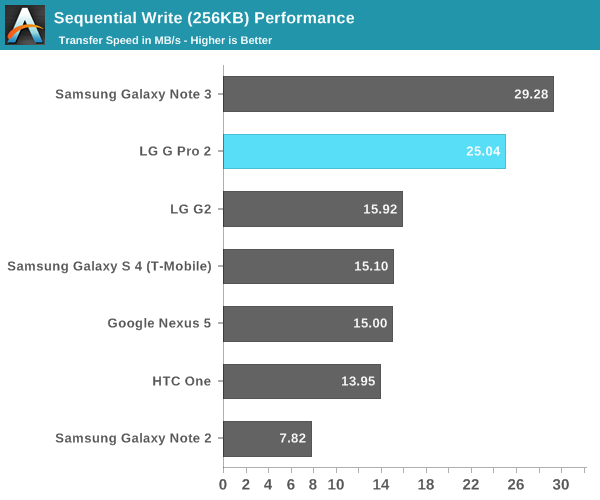 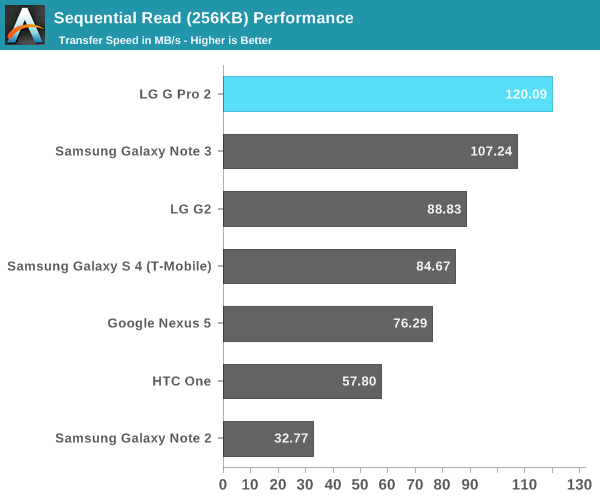 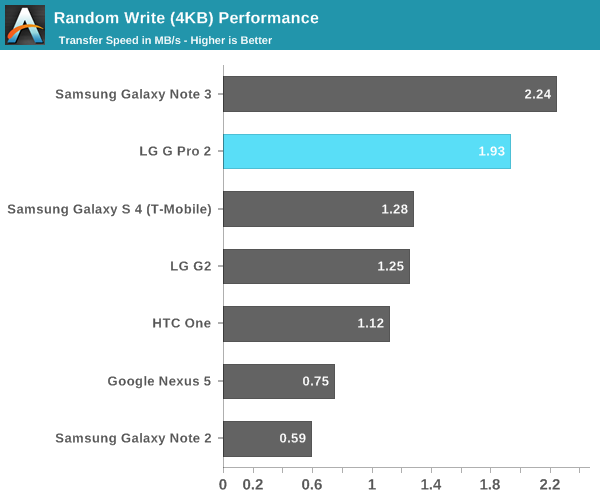 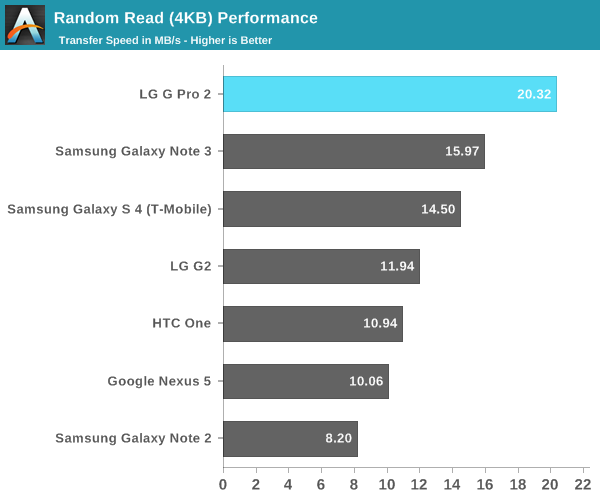 Unfortunately, I just haven’t had enough time with the phone to be able to run all the battery life tests that are normally run for these reviews, but based upon the WiFi battery life test, LG seems to be doing all the right things when it comes to battery life, seeing as how they’re now occupying the top spot for the one test I’ve been able to run. 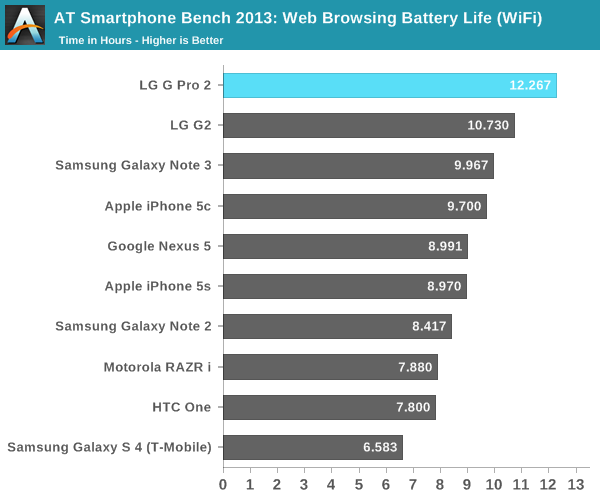 Currently I don’t have any particular equipment that lets me test dBA, but based upon some testing with my ears and listening to random video clips of choice, I think that the HTC One continues to be louder, but the speaker on the LG G Pro 2 far from bad, and is likely one of the better rear-facing speakers that I’ve heard. The bass is probably the best that I’ve heard on a smartphone, although for ideal acoustics the speaker really needs a cupped hand or something similar to help with resonance. I hope to be able to follow-up this review with actual data in the future, but I think that it’s still possible to make a good judgment on the LG G Pro 2 even without all the data.