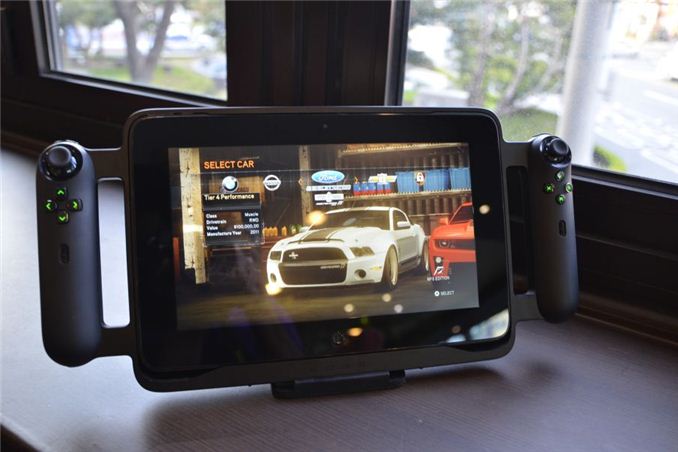 During the process of writing the Razer Edge review, I spent a lot of my time gaming on battery. The Edge is marketed as being a mobile PC gaming console, and is pretty well suited in that role with one caveat - battery life. Razer quotes 1-2 hours of gaming battery life on the internal 41.44Wh battery, with those figures doubling when the extended battery is inserted in the gamepad controller. The range makes sense; playing Angry Birds would be understandably less strenuous than, say, Skyrim or Crysis.

In real-world testing that holds up - I saw just over two hours of Dirt 3 playing time, and around 3.5 hours when playing the decade-old Quake III: Arena. But something I missed was that Jarred had actually developed and done some repeatable, instrumented gaming battery life testing in his preview of the ASUS N56VM, one of the first systems we tested with the mobile Ivy Bridge platform. I can’t honestly remember why we didn’t put more systems through this test, but such is life.

The test itself is pretty simple: looping the four 3DMark06 gaming tests at 1366x768 in the balanced power profile and the display set to 100nits, with the GPU specifically set in the balanced performance setting (usually by default on battery it’s set to maximum battery saving except in the High Performance profile). Jarred ran the test on the N56VM twice, once with the HD 4000 and once with the Fermi-based 40nm GT 630M that our international-spec N56VM test unit had, as well as the Sandy Bridge-based ASUS K53E (i5-2520M and HD3000) and the Compal-built AMD Llano reference platform that we looked at way back in June 2011.

Naturally, my first inclination was to run it on my Edge evaluation unit - so I did. Twice, in fact, both with and without the extended battery. I also had a Sony VAIO T13 ultrabook on hand, a pretty run of the mill entry-level ultrabook from summer 2012, so I ran that too. The spec rundown: i5-3317U, HD 4000, 4GB of memory, 500GB 5400RPM hard drive, 32GB SSD cache, 45Wh battery, a mostly terrible 1366x768 13.3” TN display, and Windows 7. Advance apologies for not having a more recent AMD-based system in this comparison, ideally I’d have a Trinity system to compare against but I’m on the road and had to go with what I had near me. 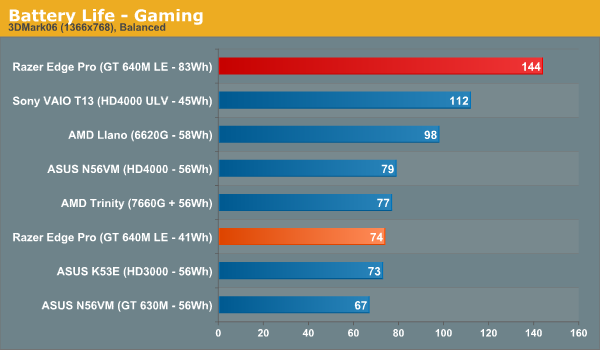 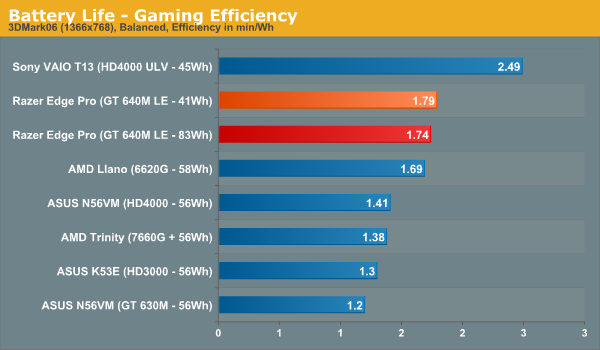 The Edge checks in at 1:12 on the internal 41.44Wh battery and 2:20 with the extended battery (82.88Wh combined capacity), roughly where I expected given the real-world testing done previously. That works out to efficiency in the 1.75-1.8 minutes per watt-hour range. The ultrabook platform is a good deal more efficient than the Edge, which makes sense given the power consumption delta between GT 640M LE and HD 4000, but at the cost of substantially reduced performance. The Edge would likely hit the close to the 2.5 minutes per watt hour number as the ultrabook if the discrete graphics were disabled and the test run on the HD 4000.

The point of comparison that I'm really interested in is actually the AMD platform. I wish I had a Trinity system nearby to run this on, but Llano does pretty well from an efficiency standpoint, and a system based around the more powerful Trinity could be a very viable alternative.  It's a platform that seems pretty well suited to the demands of mobile gaming, with a good balance between power consumption and graphics performance. I know that Razer has pretty close ties with both Intel and especially Nvidia, so I never expected them to go the Trinity route, but it'd be interesting to see a different company explore it.

Update: Jarred also ran the same test on the AMD Trinity prototype. Turns out Trinity actually does worse in this test than Llano, likely thanks to the higher performance GPU. That of course was a prototype system, so performance and battery life with a retail Trinity platform might prove to be better. 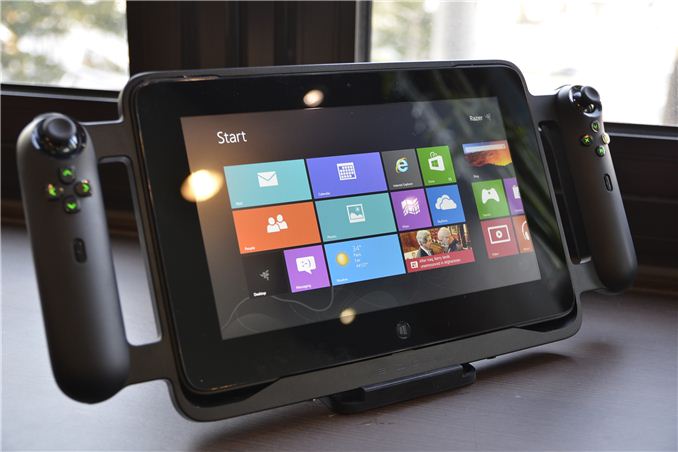 Two and a half hours of real gaming isn't great, but to be honest, considering the power draw and sheer amount of battery capacity on board with the extended battery, I’m not sure that anything else can top that number right now. There just isn't another system that can hit 1.8 minutes per watt-hour while gaming with a battery larger than 80Wh. The cut-down version of HD 4000 in the ultrabook platform is more power efficient, but the performance tradeoffs are simply too significant to consider it adequate for gaming unless the titles you are playing are quite old. And even then, there aren't any ultrabooks with more battery capacity than the Edge offers.

What needs to be kept in mind here is that gaming essentially represents the worst-case real world usage scenario for battery life. Doesn’t matter what type of device, you’ll blow through the battery pretty quickly if you’re gaming on it, even if it’s just Fruit Ninja. My Galaxy Nexus has a Gameboy emulator runtime of roughly 4.5 hours, which is pretty awful considering that Pokemon Silver is one of the least graphically-intensive games out there. Our GLBenchmark-based 3D battery life test for phones and tablets sheds some light on just how quickly it can drain - less than 6 hours for both generations of Retina iPad, a bit under 4 hours for the Nexus 7, 3 hours and 9 minutes for the iPhone 5, just over two hours for both versions of HTC One X (Tegra 3 and Snapdragon). For a quick comparison versus a dedicated handheld gaming device, Sony quotes the PS Vita gaming battery life in the 3-5 hour range, and real world reports commonly place it around 3.5-4 hours. 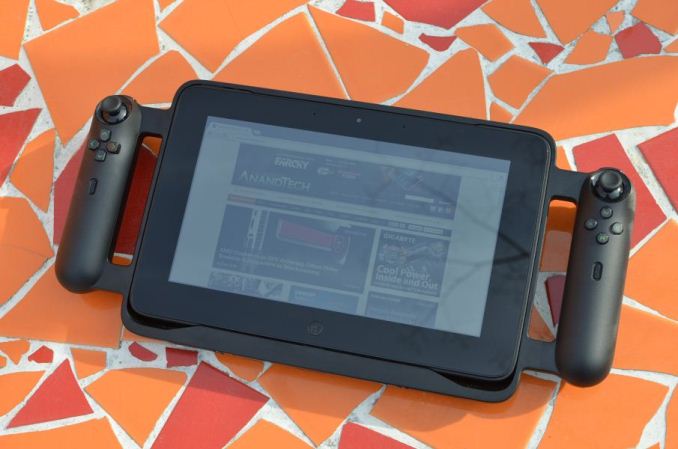 So while two hours may seem short, for a device running full PC games on real PC hardware at respectable (read: playable) framerates, that’s actually about as good as it gets in today’s world. That should improve going forward - Haswell’s idle power improvements won’t have an impact, but as GPUs become more efficient, attaining this level of performance will require less power. But as GPU performance becomes “cheaper” from a power envelope standpoint, an increase in display resolution starts to make sense, and then we arrive back at the battery life conversation. I expect a lot of the current tablet PC issues to be fixed by Haswell (idle power consumption, Thunderbolt, etc), but the shrink to 14nm in Broadwell and Skylake will probably be what gets us the best of both worlds from a performance and power draw perspective. For now, it’s hard to knock the Edge for battery life - it simply faces limitations from power and thermal standpoints that apply to every PC on the market right now, and makes some pretty logical compromises based on the technology available.