Kingston's SSD lineup is as follows: They have HyperX-branded SSDs for enthusiasts and the mainstream market is catered by SSDNow brand. The HyperX SSDs have been fairly popular from what I've seen and we have also reviewed the regular HyperX as well as the 3K variant of it.

However, the SSDNow lineup has always been a big mess in my opinion. There's V-Series, V+ Series, V100, V+100, V200 and V+200 -- but there is very little consistency in the products. The V100 and V200 are both JMicron based, but the V+100 is Toshiba and the V+200 is SandForce based. And the new V300 is also SandForce based. Add to the mix that HyperX SSDs are SandForce too and the lineup couldn't really get any more confusing.

Currently Kingston offers three SSDs with very little distinctiveness. I certainly hope that the V300 will simplify things and there won't be a V+300. The V+200 is still available (others are EOL) but I'm guessing it will be discontinued once Kingston has cleared their stocks. I don't have a problem with the SSDNow brand as a whole but I strongly dislike Kingston's naming system because the plus signs just don't make any sense. It would be okay if the plus sign stood for SandForce and the Vxxx was for example a budget Marvell-based drive, but currently the plus sign has no definite meaning. Considering Kingston has the HyperX lineup as well, I think the SSDNow should only consist of one model at a time to keep things neat and avoid product overlaps; then the V+xxx wouldn't have to exist anymore.

Product branding criticism aside, let's look at the actual V300:

There's a question mark after the NAND because Kingston only told us that the NAND is 19nm MLC. However, Toshiba-SanDisk join-venture is the only NAND manufacturer who uses 19nm process (IMFT is 20nm, Samsung 21nm and Hynix is still 26nm as far as I know), so there really aren't any other options. Similarly to many other OEMs, Kingston buys NAND in wafers and then does the validation and packaging on their own. The product numbers are also in-house and obviously there are no public datasheets, hence the info on the NAND is very limited. 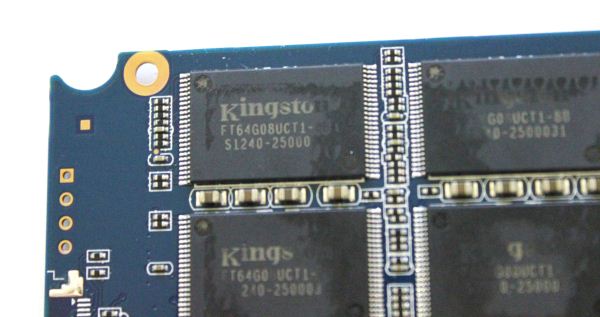 Buying NAND seems to have become a trend among SSD OEMs lately. If you go back a year, everyone was using pre-packaged NAND but now at least OCZ, ADATA, Kingston and Transcend are buying NAND in wafers. I believe there's currently so much price competition (especially between SandForce OEMs) in the consumer SSD industry that costs need to be cut wherever possible. Buying NAND in wafers is cheaper because there are no binning or packaging costs involved and you also get a ton of lower quality NAND. It's actually a rather small percentage of the NAND wafer that's suitable for SSDs and the lower quality NAND usually gets used in devices where endurance isn't as critical (USB flash sticks, lower-end smartphones/tablets).

You might have noticed that most of the OEMs buying in wafers also make other NAND-based products. On the other hand, you also get the highest quality NAND dies that can be used in enterprise SSDs -- in the retail NAND market you would have to pay a hefty premium for those. The only concern I have is that SSD OEMs won't give us enough details about their NAND and its validation, which may result in lower quality NAND being used because the specifications are not public (for example Intel has always been very open about the endurance of their NAND, while Kingston wouldn't even tell us the original manufacturer). The price competition is very harsh and it can be tempting to use the lower quality NAND but I hope this is just my pondering and we won't see this happening. 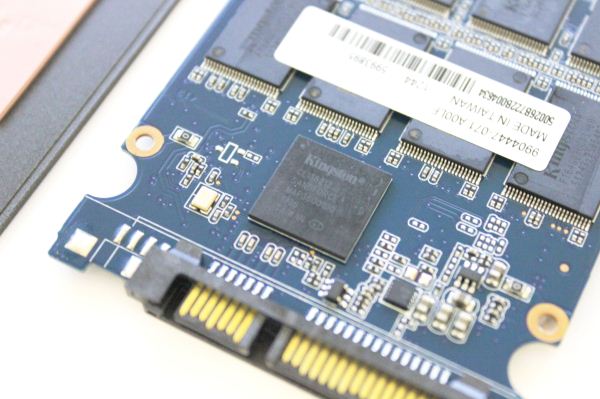 Kingston touted that they worked very closely with SandForce/LSI to customize the SF-2281 platform for the V300. Now, even though the chip has Kingston's logo on it, it's the same SF-2281 that's available to everyone else. SandForce allows the client to customize the firmware by a certain degree but I don't know the exact level of customization that can be done (no straight access to the source code, though). I suspect the bigger the client, the more customization SandForce is willing to offer because the client is also able to put more resources into customization. I spoke with one of Kingston's SSD engineers and he said Kingston's firmware is not stock SandForce (like for example Corsair's is), but a custom one where they have tried to pick the best features from every firmware. What that really means in practice, I don't know, but let's see how it performs. 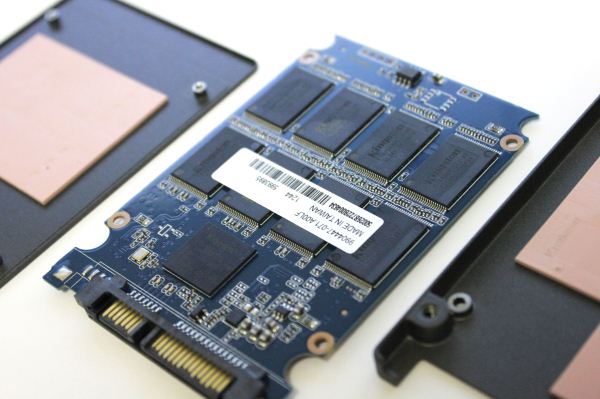