Corsair surprised us all at Computex this year when they announced their Neutron and Neutron GTX SSDs based on a so-far relatively unknown Link A Media Devices (LAMD) controller. While LAMD was new to the consumer-grade SSD controller market, the company had been making controllers for hard drives and enterprise SSDs for years, so the LM87800 found inside Neutron SSDs wasn't LAMD's first attempt in the storage world. The experience LAMD has gathered in the enterprise world is definitely visible in the LM8700 because even though its LAMD's first consumer-grade controller, it was not dwarfed by SandForce or Marvell.

Overall we were pleasantly surprised with the Neutron when we first reviewed it. There's always room for more competition because not only will it lead to lower prices, it will also provide the market with better products. Lately the consumer SSD market has been flooded with SandForce based SSDs, so it was very refreshing to see something new for a change.

Corsair only sampled the 240GB Neutron and Neutron GTX at the time of the release, which is a common practice among manufacturers. Stock is obviously limited and manufacturers want to get as many units as possible to retailers because ultimately that is what generates them revenue and profit. 240/256GB is usually the sweet-spot in terms of price and performance; smaller capacities perform worse due to less NAND die and higher capacities don't bring any improvements because the bottlenecks are elsewhere (*cough* SATA 6Gbps).

Now, three months later, Corsair finally sent us the rest of the available capacities. Testing different capacities is crucial, especially if the drive has a new controller, because controllers and firmware are designed differently and some design choices result in bigger differences between smaller and larger capacities. For example, the 128GB Vertex 4 is almost as fast as its 256GB and 512GB siblings, whereas the difference between 120GB and 240GB Vertex 3 ranges from negligible to as much as 50-75% (e.g. in write-heavy scenarios). Here's the quick rundown of the various drives.

Toshiba's Toggle-Mode NAND is quite a bit faster than Micron's synchronous ONFi NAND as you can see in the table above. The 120GB Neutron is substantially slower than the 120GB Neutron GTX and there is also a noticeable difference at the capacity of 240GB. Corsair isn't offering a 480GB Neutron so if you're looking for a drive bigger than 240GB, you'll have to pay the premium for the Neutron GTX. Quite a few manufacturers, such as Intel and Plextor, have similar product schemes where only the high-end model offers the highest capacities (Intel SSD 330 tops out at 240GB and Plextor M5S at 256GB).

The Toggle-Mode interface can currently provide up to twice the bandwidth of ONFi. The interface alone isn't the reason for the difference in performance; Toshiba's NAND is also considerably faster when it comes to program times based on the data I've seen, which would explain why only write speeds are slower on the Neutron.

Neither the Neutron or the Neutron GTX is the cheapest SSD available, but the pricing is still fair. Compared to the OCZ Vector or Samsung SSD 840 Pro, the Neutron GTX is actually quite a bit cheaper, although performance is at a different level as well. As always, prices fluctuate a lot so it's hard to draw any conclusions based on one day's pricing—it can be totally different in less than a week.

In fact, just to show you how prices fluctuate, here's the same table as above, only with prices from just over two weeks ago; I've italicized and bolded the differences, which you can see is about 80% of the SSDs we've listed. Sure, it's the Christmas season and so we're more prone than ever to price fluctuations, but in particular some of the newer drives (like the Samsung 840 500GB) as well as some of the older outgoing models (e.g. OCZ Vertex 4 and Intel 520) have seen some pretty heft price cuts. Be sure to shop around! 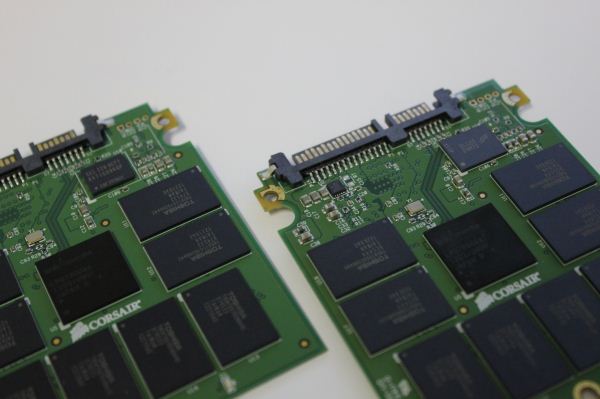 In general, the only difference between the various capacities is the amount of cache and NAND per die. The 480GB model is the only one with 256MB (two 128MB chips) of cache; other models have 128MB. Both DRAM caches are DDR2-800 like in the 240GB Neutron GTX, but Corsair has opted for Micron's DRAM in the 480GB model whereas the 120GB and 240GB models use DRAM from Samsung. 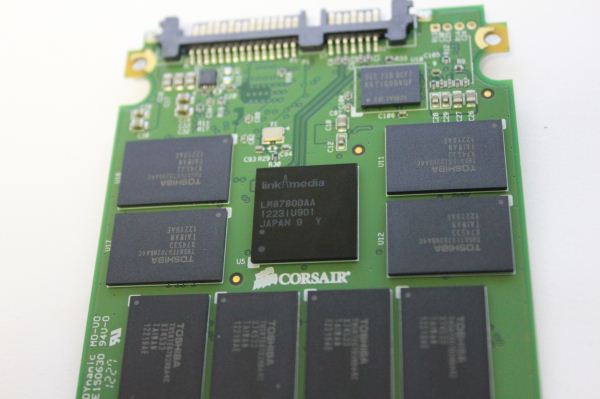 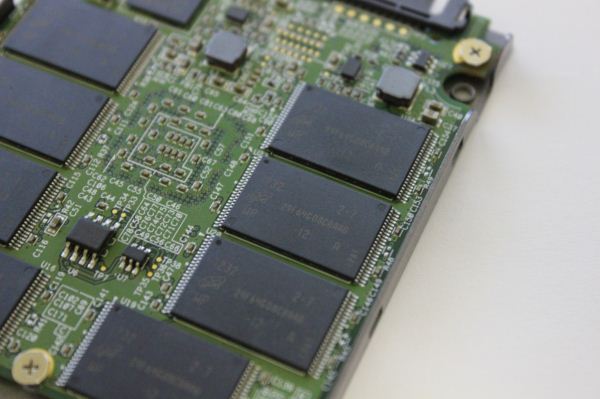