Before we get to the actual performance, I need to go off on a tangent for a minute. First, I need to start by pointing back to our overview of AMD’s Enduro technology. I’ve been wrangling with AMD for a while over Enduro and 7970M, and my delays have lasted long enough that the public Enduro 5.5 update is now available. As I noted in the beginning of the first Enduro article, my initial impressions weren’t particularly good to say the least, and my first encounter with the P170EM didn’t assuage my concerns. Thankfully, AMD has been working to improve/fix the technology, and the public Enduro 5.5 driver at least installs and updates the UI for Enduro, with the promise of future driver releases. 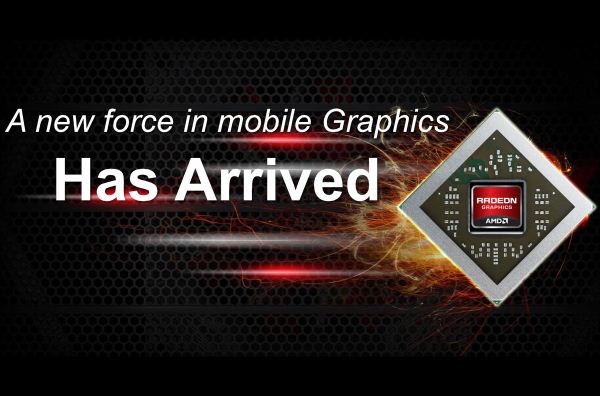 There were many comments on the Enduro article, and in general most of those comments weren’t particularly favorable towards AMD or the HD 7970M, but my experience suggests that (nearly?) all of the problems can be fixed with driver updates. One complaint in particular is with GPU underutilization—that the 7970M in some games is only running at 50-70% utilization, and thus delivers lower than expected frame rates. The public 12.9 Beta drivers still have this problem in many games, but AMD knows this and is working to fix things. Let me first describe what’s happening before getting to the fix.

When you max out the details in most games the 7970M will still get above 30FPS, which is good. Unfortunately, in some titles the GPU utilization will drop well below 90% and this results in a very perceptible drop in performance. So for example, a game like Battlefield 3 might go from a smooth 40+ FPS down to 20FPS for a second or two, then back to 40+ FPS—lather, rinse, and repeat. As you can imagine, that makes serious multiplayer gaming a real problem, and at lower detail settings (with higher frame rates), the GPU utilization is even worse (sometimes lower than 50%). Going through our current gaming test suite, in some of our test titles we only get slightly improved frame rates despite dramatically lower complexity. Owners of 7970M notebooks have expressed a great deal of frustration with AMD over the situation, and the lack of driver updates has only heightened the irritation.

Thankfully, AMD is set to address the driver updates issue with their new Enduro Catalyst program. What’s more, AMD is aware of the GPU underutilization problem and they’re working to address that as well. The initial 12.9 Beta driver still has underutilization problems, but AMD plans to release a hotfix in the next week or so that should hopefully clear things up. It appears that the problem is related to the copying of frames over the PCIe bus (among other things), as the problem becomes more pronounced in games that hit higher frame rates. AMD states that they can improve the situation with driver tweaks, and to prove this they gave us advanced access to the hotfix drivers (hence the additional delays). We’ll be looking at performance with three sets of drivers to show how things have/haven’t changed since the 7970M launch. The short summary is that the performance potential is certainly there, and AMD appears to understand how critical mobile driver updates are for gaming notebooks, but we’ll have to revisit the topic again in another couple of months to find out how well AMD is able to follow through with promised improvements and regular driver updates.

Taking a look at the bigger picture, we’re now roughly at the performance level of the desktop HD 5850 from three years back, but using about half as much power and with some architectural enhancements that can further improve performance in some titles. Looking at today’s desktop PCs, the HD 7970M uses the Wimbledon XT core (basically mobile Pitcairn) and it’s clocked at nearly identical speeds to the desktop HD 7850 (10MHz lower on the core clock). The 2GB cards go for $200 these days, which means you’re paying roughly twice as much for a GPU binned to draw 50W less power and work in a notebook. As a desktop card, the 7850 was reasonably attractive at launch, with good power characteristics and the ability to handle nearly all titles at maximum detail and 1920x1200 (close enough to 1080p) while staying comfortably above 30FPS. The mobile 7970M should be able to match that performance…assuming Enduro technology doesn’t get in the way.

CPU performance and general laptop usability on the other hand are mostly free from concerns. We noted that the Kingston RAM is only running at DDR3-1333 speeds, but the additional bandwidth of DDR3-1600 should only improve things by a couple percent at best. The i7-3720QM is as fast here as it has been in other notebooks, and the SSD storage makes everything you do very responsive. Just how responsive is the P170EM? It takes longer for the notebook to POST (around 12 seconds) than it does for it to load Windows or resume from hibernation. Of course, there’s a problem with that statement; 12 seconds to POST is absurdly long and it points to one of Clevo’s shortcomings: firmware.

Besides the lengthy POST process (as a point of comparison, the Samsung Series 7 Chronos POSTs in under six seconds), there are other firmware/BIOS issues. The biggest is with battery life, which is nowhere near what we would expect from a 77Wh battery and switchable graphics (i.e. the dGPU is off when not in use). This applies to both the AMD Enduro and NVIDIA Optimus variants of the notebook, incidentally, with results that are nearly the same on the two notebooks; it looks like Clevo simply hasn’t done a very good job in optimizing for battery life. Best-case, I was able to hit just 3.5 hours of battery life with a P170EM, running an idle workload; our Internet battery testing usually drops battery life by 20-25%, but with the P170EM we only see a 3% drop, and the drop for the H.264 playback result is likewise small at just 10% less than the Internet result.

Put another way, we’ve seen quad-core Ivy Bridge laptops that draw 7-10W at idle (e.g. the Acer V3-571G draws around 7.3W at idle while the Samsung Series 7 draws 10.3W); the P170EM by comparison draws around 21W at idle, over twice as much as the Samsung Series 7—and both are using 17.3” LCDs, so the comparison is quite reasonable. For Internet battery life, the Samsung draws around 12.5W compared to 21.8W for the P170EM; the closest it gets is for H.264 where the Samsung draws 16.5W and the P170EM draws 24.2W. Presumably the battery life could be improved with a firmware/BIOS update, but in the past Clevo hasn’t been all that great at addressing such issues—the W110ER is another example of this, where Vivek’s initial testing of Eurocom’s Monster 1.0 yielded excellent battery life results but subsequent testing of a different W110ER showed significantly lower battery life (and again, Clevo’s site doesn’t list any BIOS revisions). Basically, don’t expect great battery life from the P170EM; most of you probably aren’t that concerned anyway, as a 17.3” 10-pound notebook isn’t exactly designed for mobile warriors in the first place, but we’ve seen better elsewhere (e.g. Alienware’s M17x R4).

Now that you know what to expect when we get to the benchmarks, let’s see how the P170EM fares. Here’s the lineup of notebooks we’ll be including in our graphs, though you can always turn to Mobile Bench to make your own comparisons. (Note that the laptop names link to our full reviews.)

We’ll highlight the Alienware M17x R4 and Samsung Series 7 as two alternative notebooks, with the M17x offering similar hardware but with a GTX 680M and the Samsung going for a mainstream audience with a far more attractive design and keyboard and a much lower price tag. We also suggest you keep an eye on the last-generation GTX 675M in the iBUYPOWER CZ-17, as you can get the same GTX 675M in the P170EM for $100 less than the 7970M. At the top we also have the SLI enabled M18x R2, priced at roughly twice the cost of the P170EM configuration with performance to match, and just for fun we have the Clevo W110ER (Eurocom Monster 1.0) and the original Razer Blade thrown into the mix.