Syabas launched the next generation member of their Popcorn Hour A-series at IFA 2012 last week. Even though we have been aware of the news for quite some time, we waited till the official US press release was sent to us. Some blogs have already covered the IFA launch. US readers worried about the price (289 Euros, which translates to more than $350 at current exchange rates) should be quite happy to find that Syabas plans to sell the A-400 elsewhere for US $249 only. 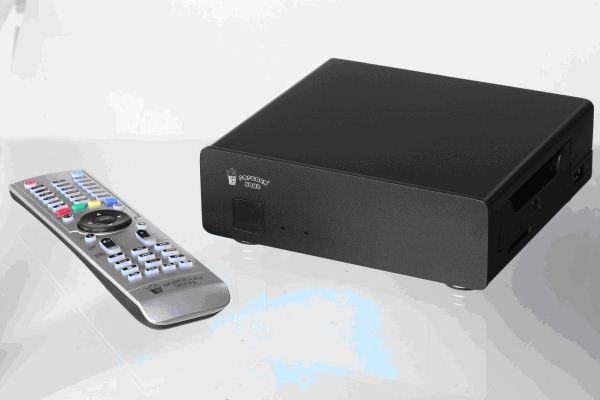 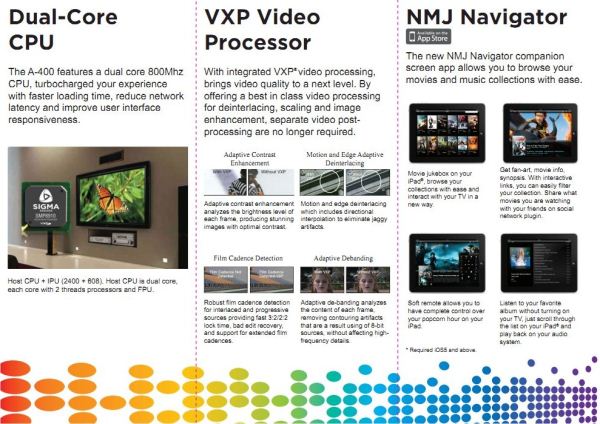 The final aspect should prove to be a worthy competitor to the Marvell chips with Qdeo video processing. The SMP 891x series was demonstrated at the 2011 CES, and it has spent quite some time getting into the hands of the media player manufacturers. Hopefully, the SDK and firmware are stable. Syabas also has a table comparing the features of the A-400 with other contemporary media players. 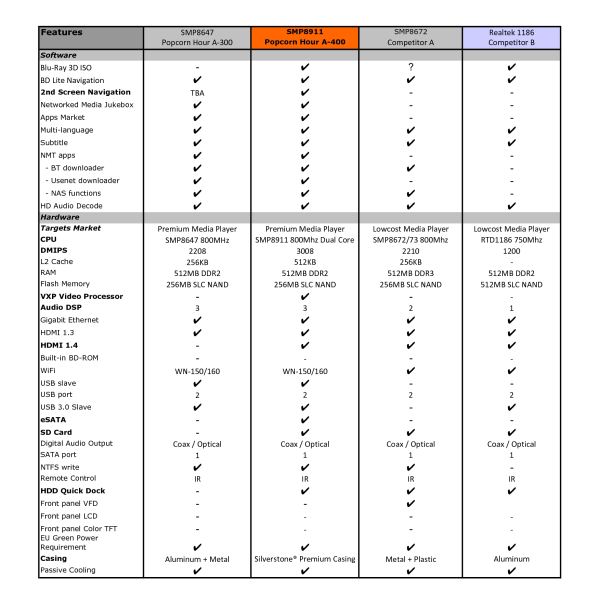 The A-300 might still be the player of choice for many users because it offers full Blu-ray menu functionality unofficially. The case with A-400 is not very clear because the BD stack wasn't licensed for the SMP8911 due to Cinavia concerns. This is also the reason why a C-400 (a Blu-ray drive equipped version of the A-400) appears quite unlikely at this point.

Syabas assures that the issues with HD Audio and multi-branching Blu-ray titles that plagued the A-300 aren't a problem with the A-400. There are a number of other showstopper bugs in the A300 (which has prevented us from putting out a full review) which are hopefully addressed in a future A-300 firmware update / don't exist in the A-400.