Droid Incredible 4G LTE Preview: Is There Room For A 4" Smartphone?

I’m working on the Droid Incredible 4G LTE review (there’s a delay resulting from a signal issue where I do battery testing), but in the interim let’s talk about something that seems to have come up about this phone. We don’t often discuss what’s happening on other review sites, even as they get their reviews out much faster than we, but the Incredible 4G LTE has been hit in many reviews for its display, and this surprised me. Let’s take a look at some numbers.

These charts are our display test data, anonymized so we can do a little experiment. The phone data above includes the iPhone 4S, the Galaxy S 3, the original Motorola Droid and the Droid Incredible 4G LTE. Can you tell which is which? Just take a second. The original Droid was lauded for its IPS display and high pixel density, it was even described in some materials and reviews as ‘large’ at an iPhone besting 3.7 inches. It’s the second one from the left. The Galaxy S 3 is the current king of Android phone displays, and is massive at 4.8 inches, and with an excellent pixel density and picture quality, despite its PenTile roots; it’s the one far to the right. The iPhone 4 premiered with the highest pixel density in a mobile device we’d ever seen, and leveraged its IPS panel for excellent picture quality and viewing angles, and is rarely derided for being small; it’s the one to the far left. That leaves the Incredible 4G whose display isn't being dinged for the data above, but rather being hit for its size and resolution. 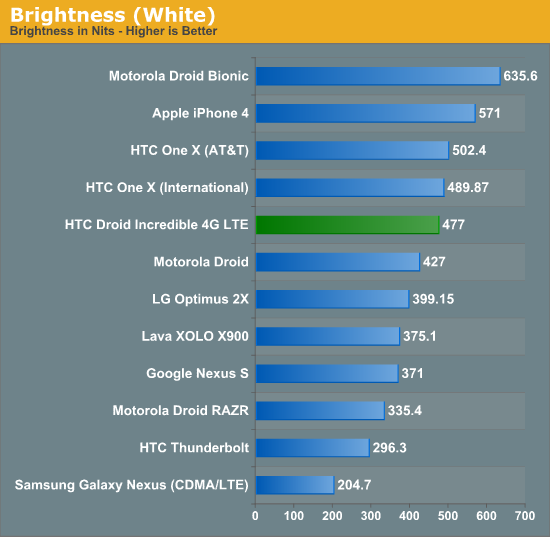 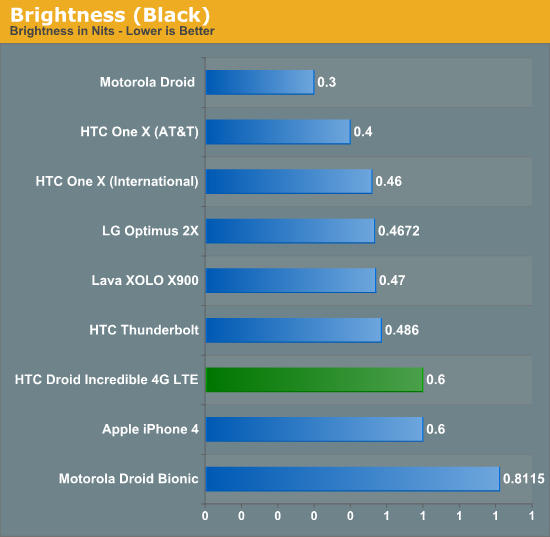 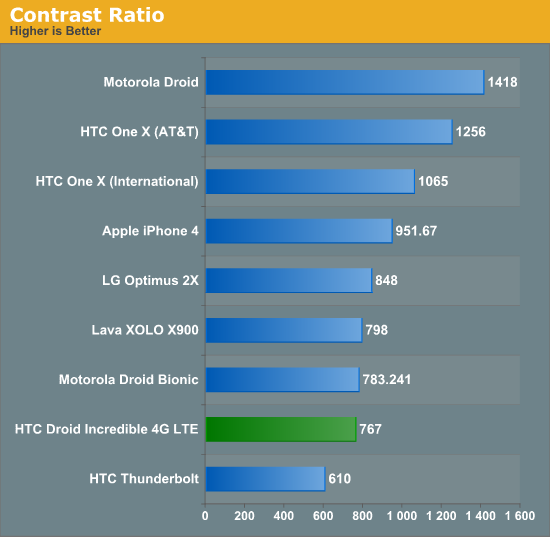 The Incredible 4G has better pixel density than the OG Droid (not so far off from the GS 3), is larger than the iPhone by a half an inch, and has excellent colors and viewing angles. So, why does it get so much grief? I’m not sure, but the disdain for it brings us to consider something else: Is there room for a 4” mid-range phone in today’s mobile market? 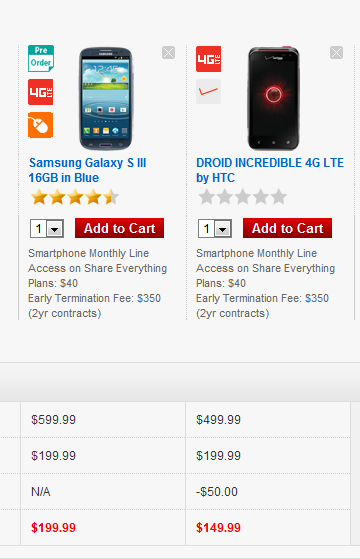 The sweet spot for cellphones in the US is $199, all thanks to the carrier subsidized model; MSRP’s of $649 are entirely concealed from the consumer, and every phone worth owning exists between $99 and $199. This price compression means that when you’re considering buying a new phone the difference between a mid-range phone and the top-of-the-line ‘halo’ device is usually just $50. Of course, this conceals the reality that the MSRP delta is often upwards of $149. So, how do you make a mid-range smartphone sell in this market? I’m not sure there’s a good answer, but here’s how Verizon is going about it. First they’re using branding that’s familiar to earlier buyers (whose contracts just came-up). Second, they’re including feature and spec deltas that provide a real world experience difference between the mid-range and ‘halo’ devices. Third, they’re not holding back on the advertising. The claims in their advertising are just as bold and brash as in any prior Droid campaign.