We'll start out by looking at average data rate throughout our new heavy workload test: 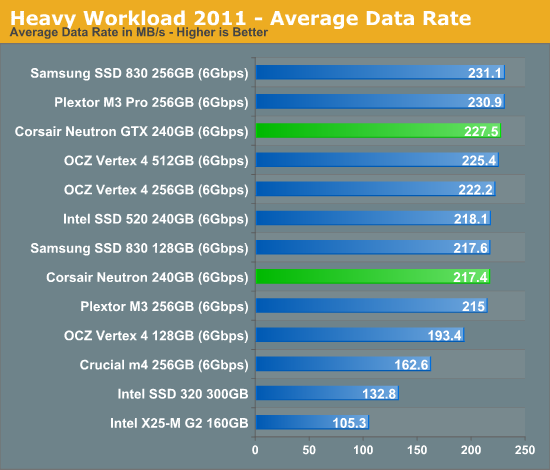 Without a doubt, Corsair's Neutron GTX is among the fastest drives we've tested here. In our most stressful use case, the Neutron GTX doesn't even break a sweat. The standard Neutron isn't too far behind either, the GTX outpaces it by just under 5%. 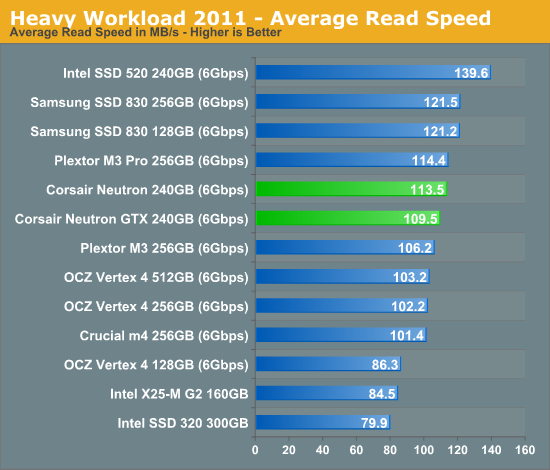 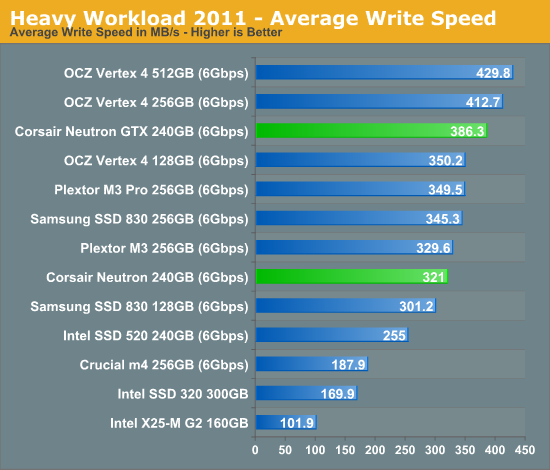 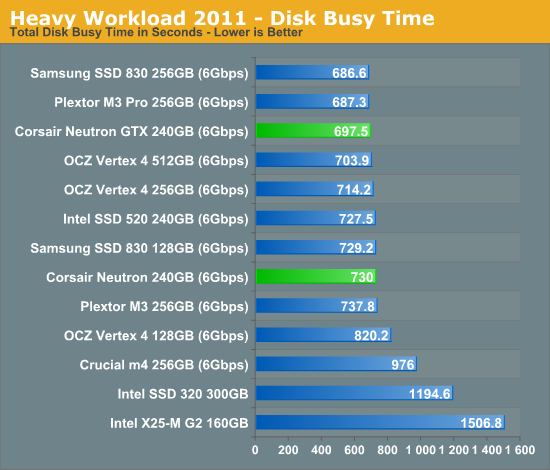 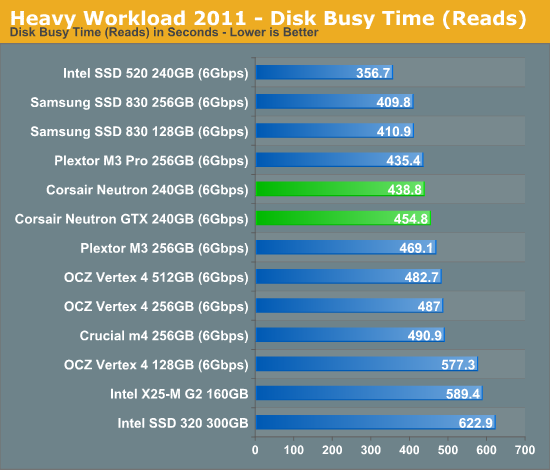 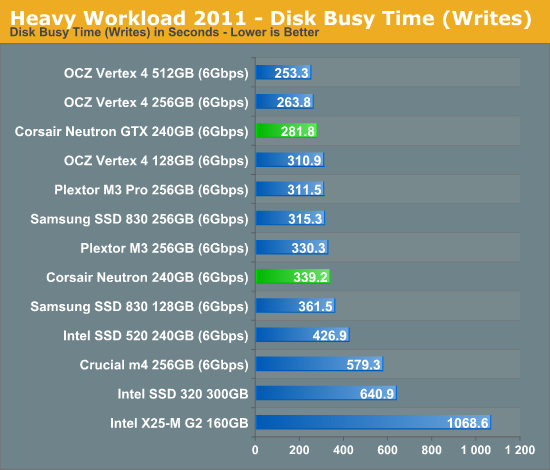