To accommodate the Lumia 900’s unique inclusion of LTE, the device runs a newer build of WP7.5 Mango than I’ve seen on any other devices. Our sampled Lumia 900 came running 7.10.8112.7. Superficially I can’t find anything major which deviates from the WP7.5 I’ve seen on numerous other devices, other than again small changes to accommodate LTE. These boil down to inclusion of an LTE status indicator and an according change to the cellular settings page to select between EDGE / WCDMA (3G) / LTE (4G) - more on this later. We’ve gone over Windows Phone 7.5 Mango before, and what’s shipped on the Lumia 900 isn’t different from what has come before, obviously. Nokia’s input into the WP7.5 UI seems to go as far as their customized ringtones, a “Nokia Blue” theme, and the usual customization options for OEMs such as the right options under camera, marketplace link, and so forth. 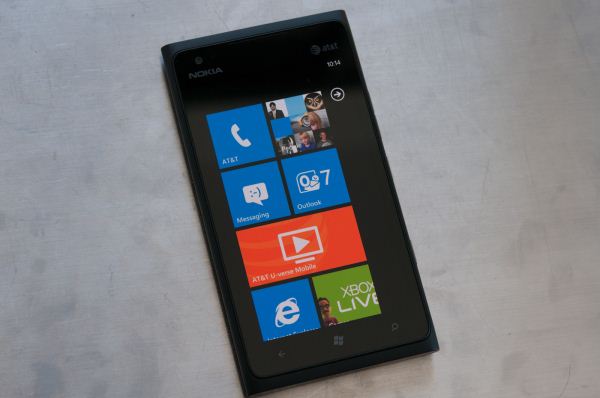 As with any carrier-subsidized phone, there’s some software preload on the Lumia 900. The stuff that comes preinstalled on the Lumia 900 matches what I’ve seen on other AT&T-branded WP7 devices, namely AT&T Code Scanner, Navigator, Radio, U-Verse Mobile, an ESPN app, and YPmobile seem to be the bloat. What’s great about WP7 is that you can uninstall any of these preloaded applications and never have to see them again. 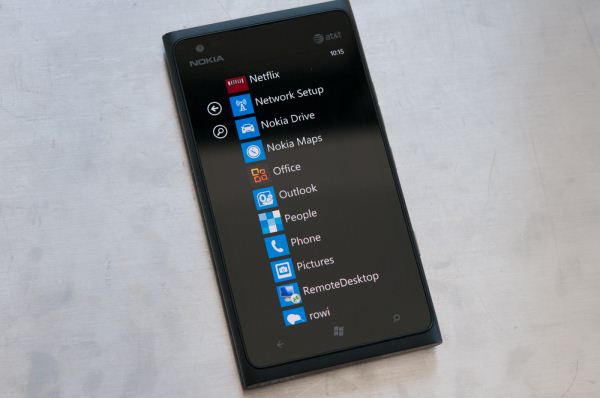 Oddly enough the only Nokia software among the preloads is the Nokia App Highlights application. The Marketplace includes a Nokia Collection shortcut as you’d expect, but there’s no preloaded Nokia Drive or Maps unless you go in the Marketplace and grab it. That’s a bit odd, but I suspect AT&T’s ulterior motive here is that it wants subscribers to use its own AT&T Navigator application (which requires a monthly subscription) rather than the free-because-it’s-a-Lumia Nokia Drive application.

I have to say that I’m impressed with how much Nokia Drive has improved since its initial launch on Windows Phone 7 with the Lumia 800. As of this writing the version is 2.0.0.2148, and it feels much more polished and responsive now since last I used it, and includes a few new features. The current version still requires you to preload maps for the regions you want over WiFi (so be sure you do this before getting in the car), but you basically get the ability to pre-cache whatever maps you want instead of hoping you have network connectivity where you’re going like with Google Navigation. 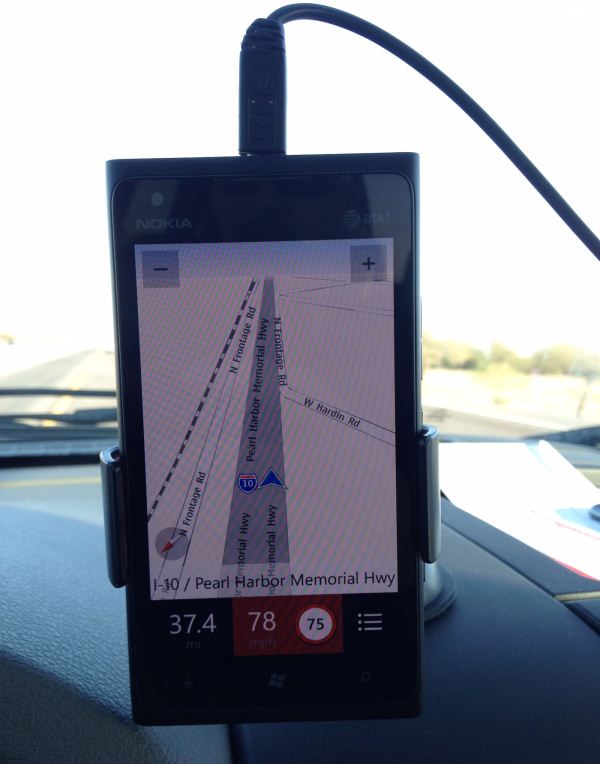 I took a small road trip up to Phoenix to test AT&T LTE and used the Lumia 900 and Nokia Drive for navigation the whole way. Again, the application feels more performant and some places where the UI had a ton of friction have been smoothed over. One of the new Nokia Drive features is showing current speed and the road’s speed limit alongside, among other things. At this point the only major gripes I have with Nokia Drive are that the application arguably should change between night and daytime map colors automatically, and that the accelerometer filtering seems to misinterpret bumps in the road as a rotation occasionally.

One of the other major preloads is Tango, a cross platform voice calling application which runs on Windows, iOS, Android, and WP7. One of Tango’s big features is that voice calling is supported 3G, 4G, and WiFi, however curiously enough the preinstalled version of Tango on the Lumia 900 doesn’t support calling over 3G or 4G cellular data. 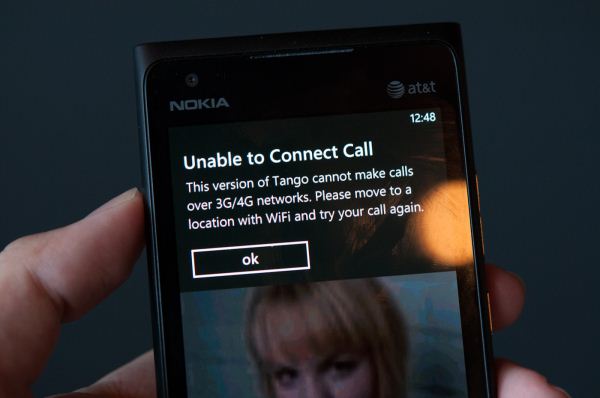 Obviously this is an AT&T imposed restriction imposed on their subsidized hardware (at least for this variant), however it’s just annoying. I installed the marketplace version of Tango, however, which does allow calling over cellular data. This does work - again it seems pointless for AT&T to preload a version of Tango which undermines that service’s principle feature, especially when you can nuke the preloaded version in 10 seconds and install the market version without the limitation. 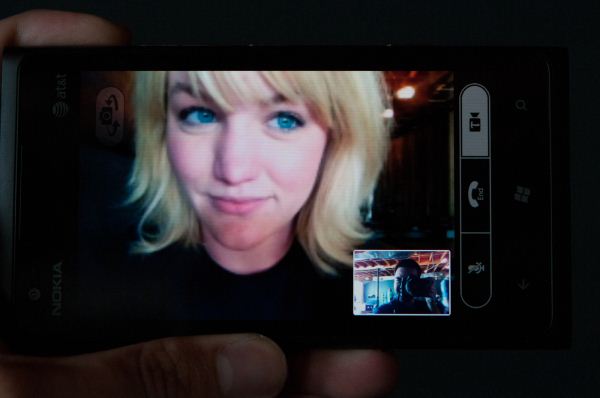 Regardless, I gave Tango voice calling a shot over WiFi and 3G to an iPhone client on 3G using the preinstalled application, and it does work well on the Lumia 900. The interface for Windows Phone 7 approximates the FaceTime interface, including the same front to back camera switcher overlay. At the bottom are controls for muting audio, enable/disable video, and ending the call. I can’t complain about quality, which looks about what you’d expect (perhaps QVGA or slightly higher) for a video encoded and sent over 3G data.