The SSD market is continuing to grow and we're seeing no slowdown in the number of players trying to get in on the action. Mushkin, one of the first companies I ever worked with, just showed me their new lineup of SandForce SF-2281 SSDs. 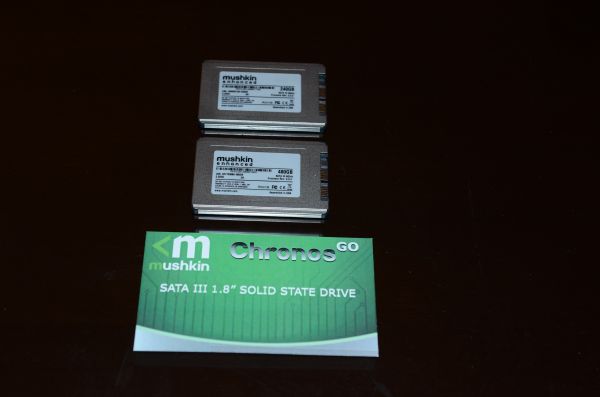 First up is the 1.8" Chronos Go, available with both Toggle and standard Toshiba NAND. Capacities go all the way up to 480GB. 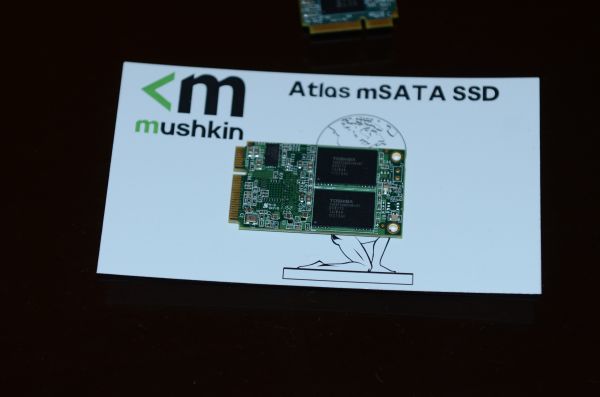 Next is the Atlas mSATA SSD. Once again available with both Toggle mode and standard Toshiba NAND (24nm in the photo above). Capacities here top out at 240GB. SSD vendors are particularly excited about mSATA with Ultrabooks and other notebooks looking to implement smaller-than-2.5" SSD form factors.

Both of these lines will be available in Q1. 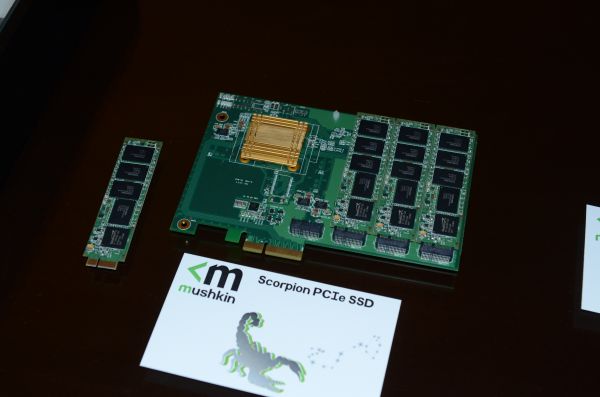 Finally we have Mushkin's Scorpion PCIe SSD. Based on a Marvell PCIe RAID controller, Mushkin's prototype features four custom removable SATA SSDs (they look like MBA SSDs but they aren't electrically compatible). Availability will be sometime in Q2.