But while the device hardware isn’t necessarily all that impressive, the internal components on tap are still pretty competent. Even with the quad-core Tegra 3-infused Transformer Prime going on sale next week, Tegra 2 is still the SoC of choice for most of the Honeycomb world. Beyond the Prime and a couple of Snapdragon-based tablets, there are very few Honeycomb tablets currently shipping with anything other than Tegra 2 inside. What this means is that, regardless of how the Thrive looks and feels, it’s on par performance-wise with the Galaxy Tab 10.1 and every other Tegra 2-based Honeycomb tablet on the market. As such, the benchmarks end up along the same lines as the rest of the group. It’s not cutting-edge silicon anymore, but Tegra 2 does the job pretty well—the main things you’re giving up versus Tegra 3 are the extra cores and corresponding increase in multithreaded performance as well as the faster GPU. 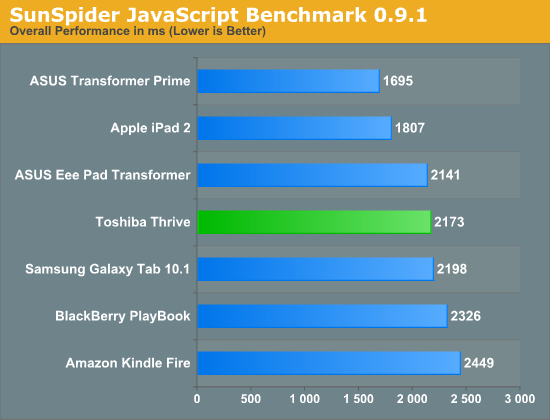 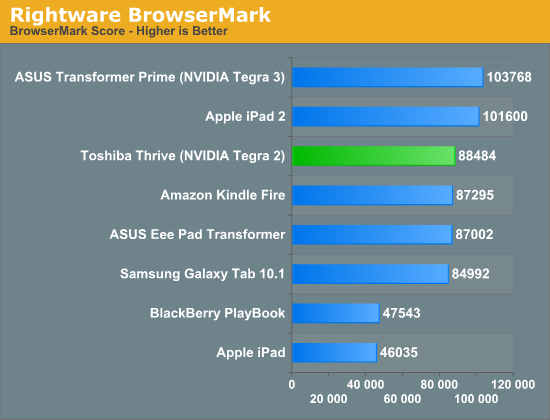 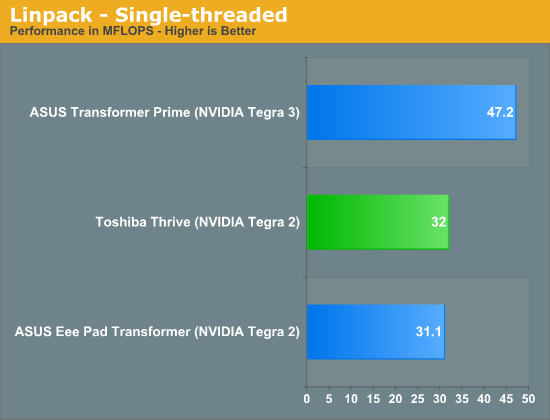 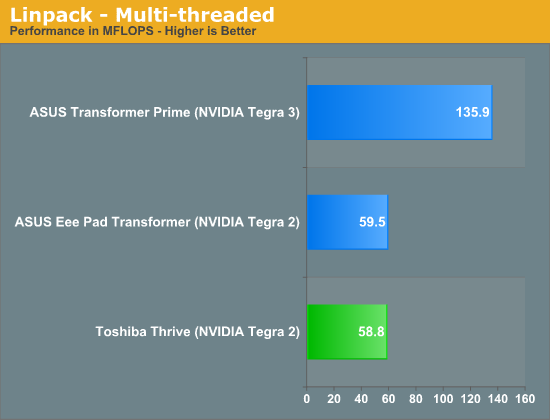 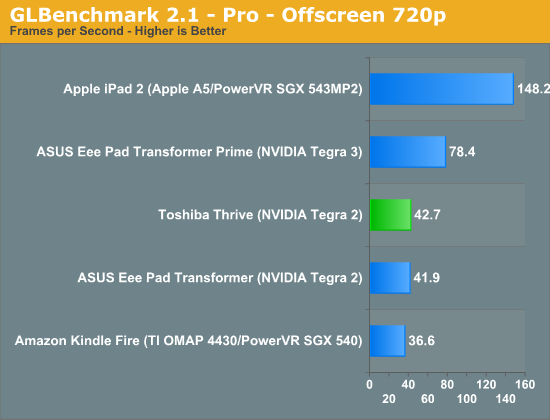 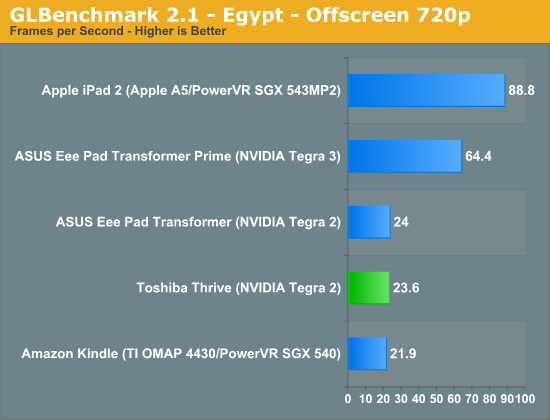 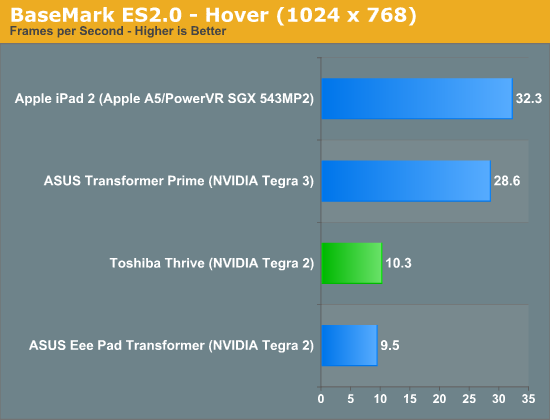 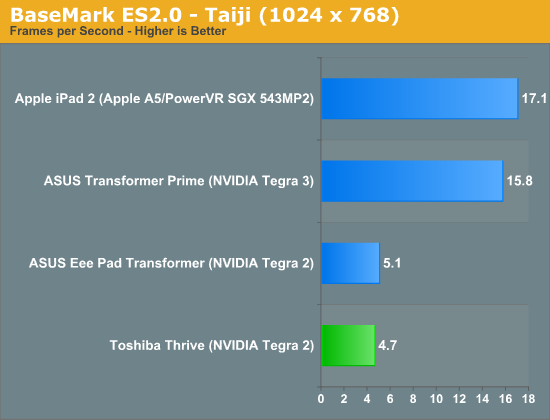