The Sensation has a unibody construction, meaning the frame is milled out of one solid piece of metal. You can see some machining marks inside the metal case from where no doubt CNC was used to remove material in the right places. As a result, the Sensation doesn’t have a battery cover that snaps onto the back so much as the phone itself snaps into one monolithic case. 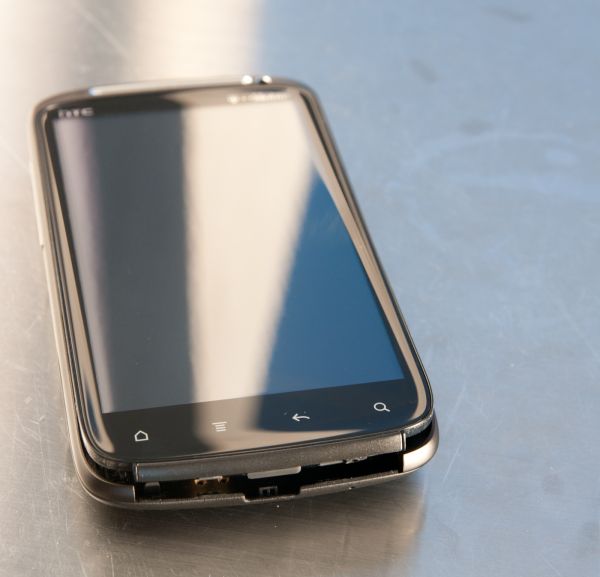 There’s a spring loaded button at the bottom of the Sensation which presses in, at which point the device releases and can be lifted slightly. A downward tug then pulls the Sensation out of its metal exoskeleton.

To reassemble the Sensation, the front speaker, camera, and LED all insert into a lip, and then press down. With the phone disassembled, you can get at the battery, SIM slot, and microSD card. 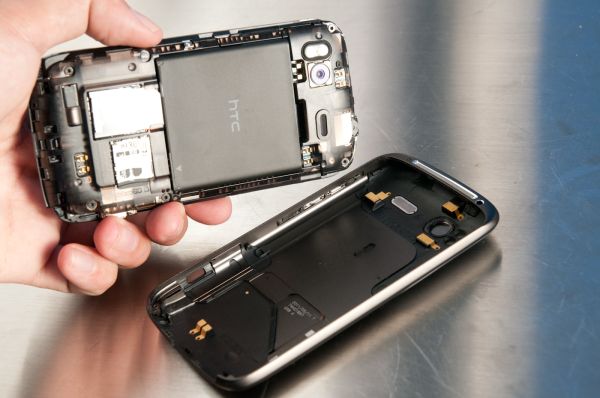 There's a bit of an opportunity for dirt to creep in here, but only when the phone is open like this. The only place that things are a bit sensitive are the top front where the front facing camera, speaker, and LED light sit - you can easily get dust in here that will affect the camera. 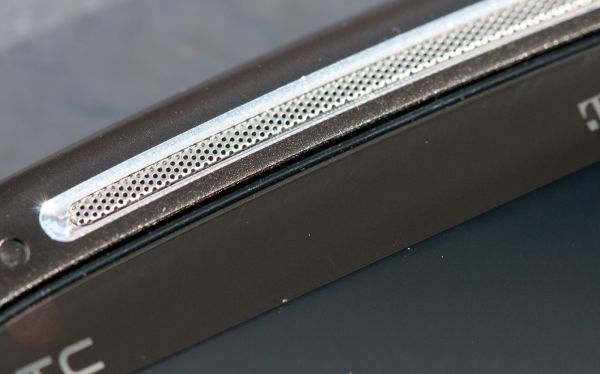 While we're talking about the LED notifications light, I should note that it still is located behind the speaker grille, this time at the far right next to the camera. This was something a lot of people complained about on the Desire HD, and I can understand why - it simply isn't as visible this way because the grille is recessed. 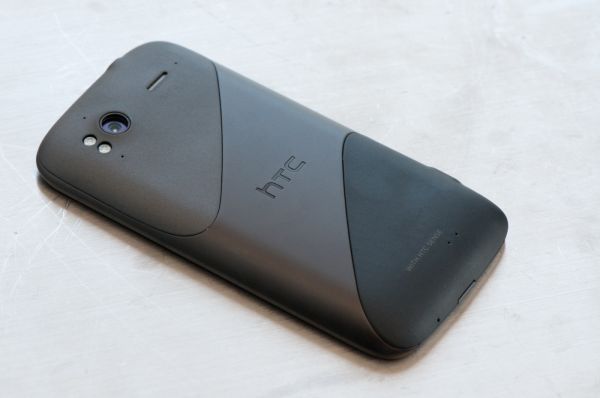 The back camera however remedies the problem we've talked about with a few other HTC devices that have snap on rear covers. There's no longer a removable plastic layer that's part of the battery cover on the Sensation, and as a result no opportunity for dust, grime, fingerprints to scatter light and create glare and haze. The circular camera cutout allows the module to stick through slightly. 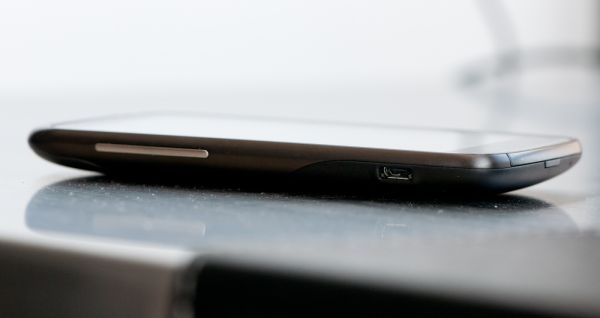 The volume buttons on the Sensation are thankfully very communicative and protrude enough to be located easily. I'm a bit less enthused with the power button, which is a bit small, and sits flush on our review unit. HTC also put the microUSB port on the bottom left side of the phone, another one of those love it or hate it things.

I'm impressed with how well the Sensation sits inside this cage, it doesn't rattle or move around at all inside, which is quite a testament. The only evidence that the Sensation literally isn't one solid piece is a tiny gap at the top where the display meets the speaker grille.

Of course the Sensation needs RF windows for antennas (this is a cell phone after all), so unfortunately the entire backside can’t be metal. Apple isn’t the only one getting creative with where it hides antennas, as HTC patterns them onto the back of the two discrete plastic parts inserted into the metal structure. This is very similar to how the HTC Thunderbolt uses its back case as an antenna, and likewise to how the Desire HD used its battery and SIM slot covers. 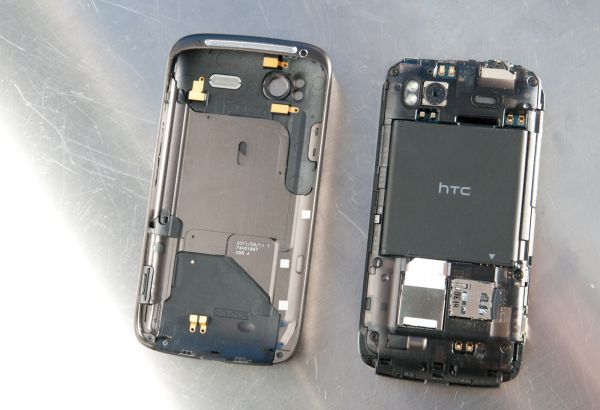 With the Sensation removed from its exoskeleton, you can see the four separate gold antenna connectors which mate up with gold pins on the rear of the device. It doesn't affect the majority of smartphone shoppers, but HTC has also chosen to go with Torx #5 screws throughout the Sensation. I didn't take it apart, but just thought it worth mentioning for those of you interested in ease of disassembly. 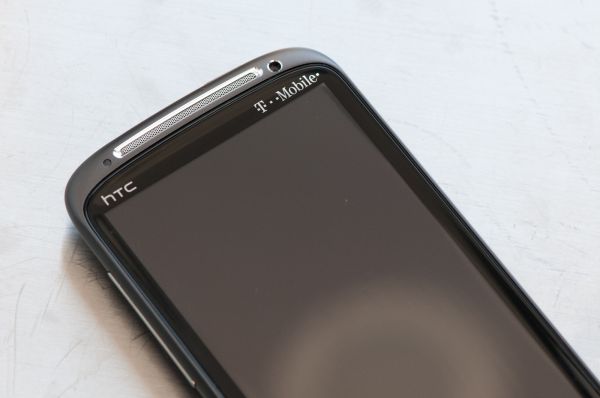 Instead of leaving the display completely a completely flat piece of glass, HTC created a top glass layer that is slightly curved at the edges, thus recessing the main display and interaction area by just shy of a millimeter. It's a very subtle concave structure. As a result, the display doesn't rest completely coplanar with flat surfaces when you placed face down, and is far less likely to get scratched. It’s just a small detail that shows HTC has been paying attention to the subtle things when it comes to designing its hardware.