There's a lot of speculation about the SoC used in Samsung's Galaxy S II, thankfully through process of elimination and some snooping around we've been able to figure it out.

We know for sure it's not NVIDIA's Tegra 2 or Qualcomm. That leaves Samsung or TI. A quick look at GLBenchmark2's output gives us the GPU string: ARM Mali 400. TI's OMAP 4 uses a PowerVR SGX, so it's out of the running. This leaves one and only SoC: Samsung's own Exynos 4210 (formerly Orion).

Exynos has two ARM Cortex A9 cores running at 1GHz. As a result, general performance of the Galaxy S II is competitive with phones based on NVIDIA's Tegra 2. The Galaxy S II runs Android 2.3.1 compared to 2.2.1 used by the Tegra 2 phones, and as a result has better Javascript performance which we see in some of our benchmarks. 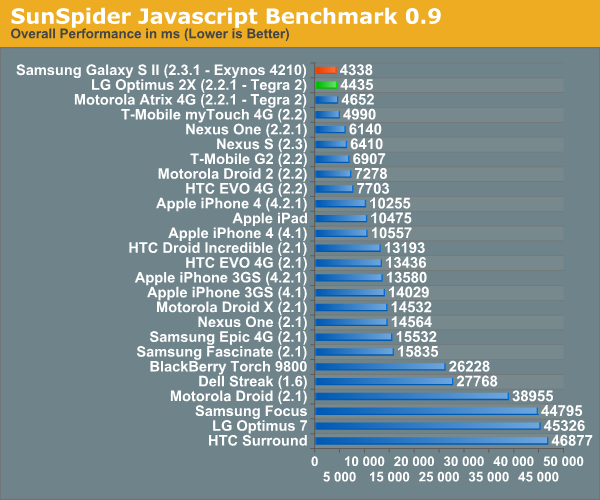 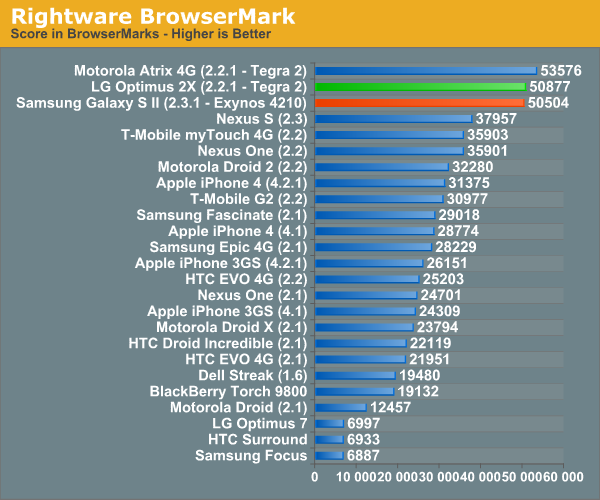 The GPU accelerated UI used in Android 2.3.1 makes the Galaxy S II feel a bit faster than the Tegra 2 phones, however that's not always the case. While web page loading feels comparable between the Atrix 4G and the Samsung Galaxy S II, Tegra 2 appears to handle flash a bit better than Samsung's Exynos. 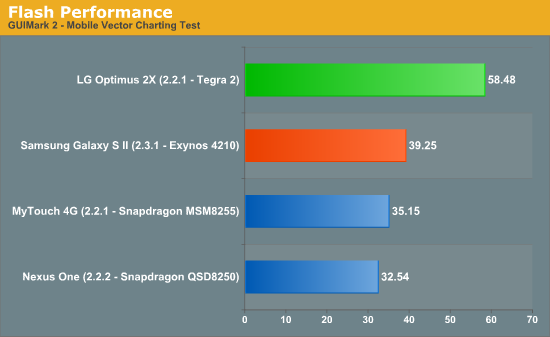 This is a pretty significant difference in our Flash benchmark, however it does translate into a somewhat less smooth experience when scrolling around web pages with Flash.

We managed to run GLBenchmark2 on the Samsung Galaxy S II and compared it to our recently reviewed/previewed Tegra 2 smartphones. 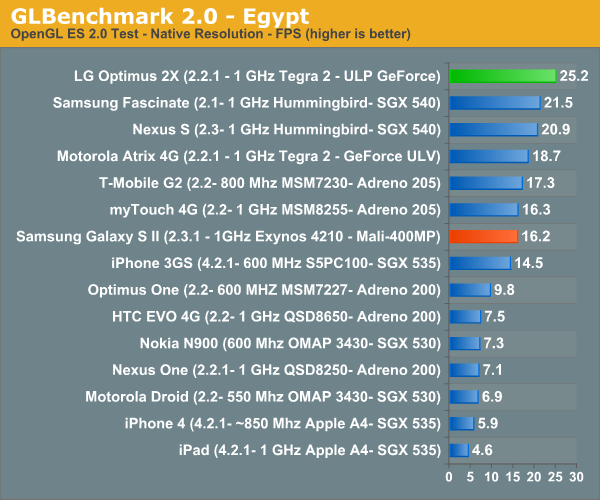 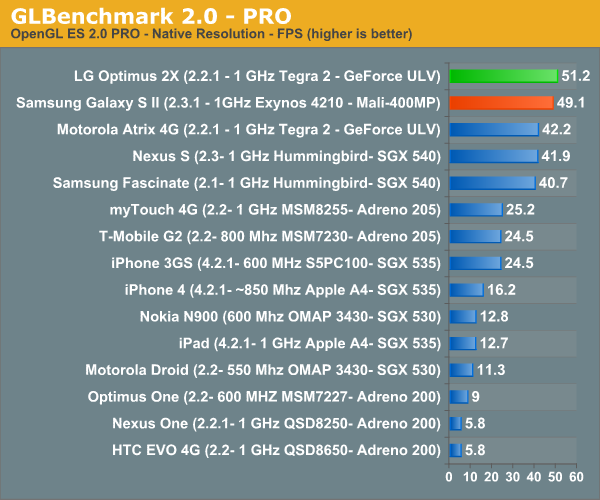 The Mali-400 MP performs pretty well in GLBenchmark2, however it's still a bit behind NVIDIA's Tegra 2. Note that the Galaxy S II runs at 800 x 480 so its direct competitor in this case would be the Optimus 2X. These results don't tell us a lot about the GPU's performance other than the combination of hardware and drivers isn't quite up to par with what NVIDIA has today - at least under GLBenchmark2. There's so much that can be done with driver optimizations that it's difficult to draw any meaningful conclusions yet.