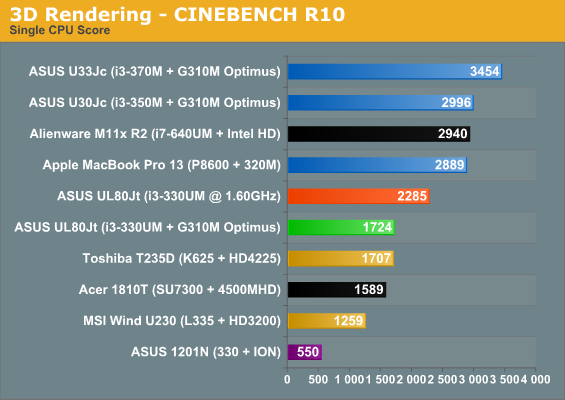 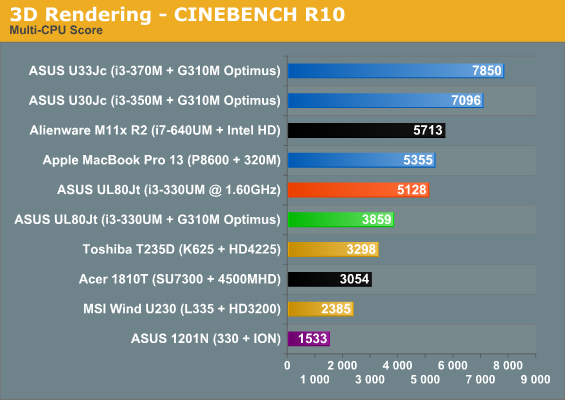 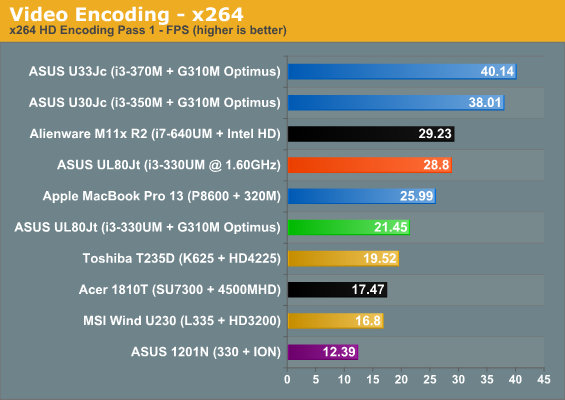 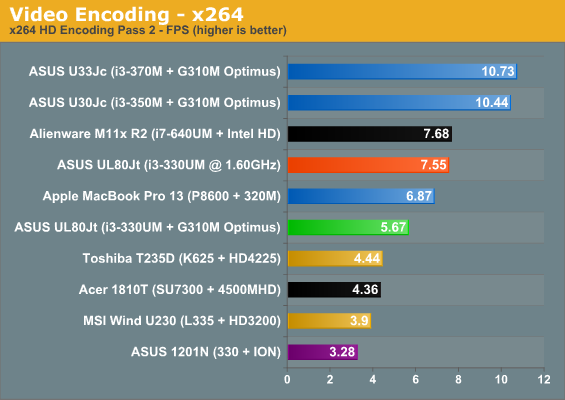 ASUS’ Turbo33 mode gives it a bit more kick—the 33% overclock puts it almost on par with the i7 ULV processor, but still pretty far short of the regular i3. Here’s the thing though—given the amount of bloat ASUS puts on the notebook as is, you almost need to run it in Turbo33 mode in daily usage just to get decent performance out of it. Once you remove the bloat, it’s not too bad in 1.2 GHz mode, but it is noticeably slower in day to day usage when you’re switching to it from a regular Core i3 notebook. I went from the U33Jc straight to the UL80 and missed the extra performance on tap. 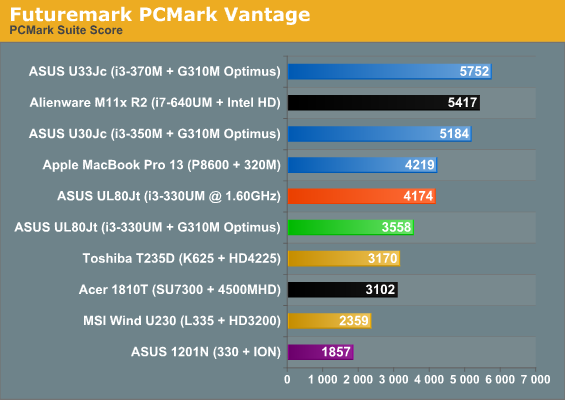 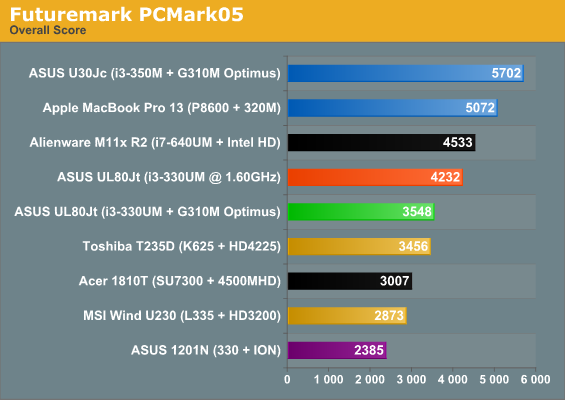 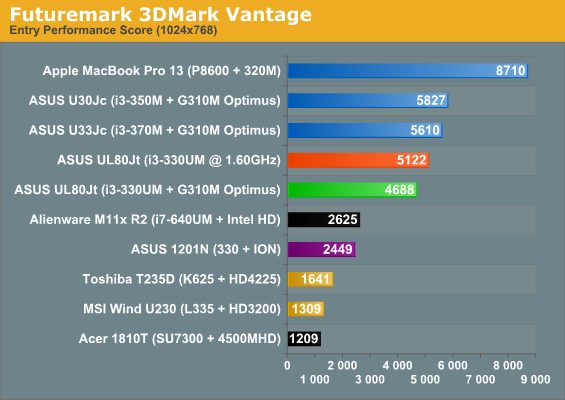 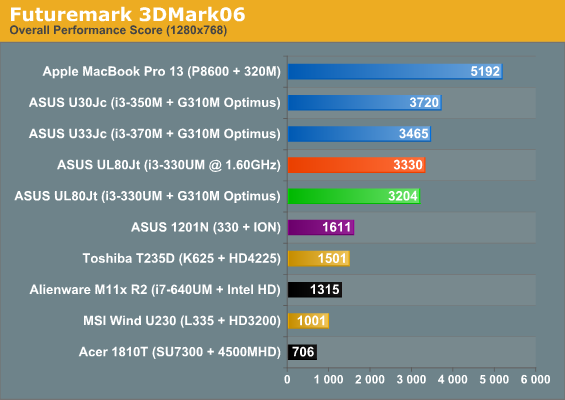 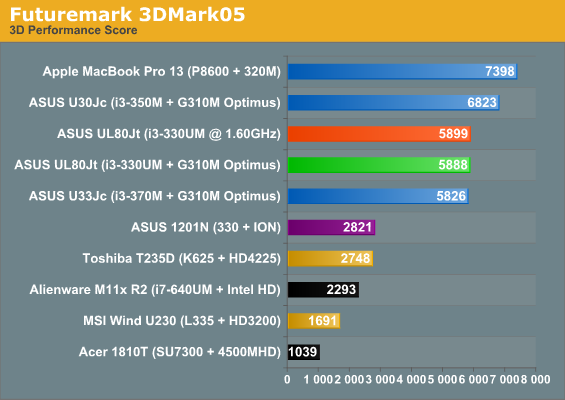 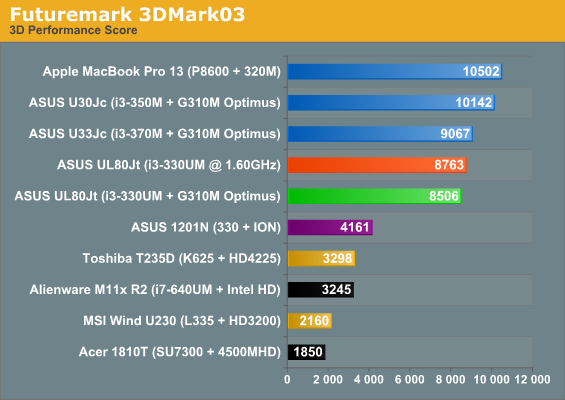 As with my last review, I’m gonna throw the Futuremark results at the bottom here for the guys that care about it. I’m not too sold on 3DMark and PCMark much anymore, I think there are more effective ways to measure performance. However, I do recognize that there are people that care for the numbers, so here they are.