Here at AnandTech, we’ve been talking for a considerable time about Intel and Nokia’s joint collaboration in the mobile space on the MeeGo mobile operating system. Today, the two companies have announced another partnership aimed at improving MeeGo’s potential for competing against Android and iOS - a joint research program tasked with creating new mobile user experiences.

Intel and Nokia have chosen the University of Oulu’s center for internet excellence to be the host of this newly formed 'joint innovation center.' The University of Oulu is credited for being the home of IRC (Internet Relay Chat) and the open source VR platform realXtend, among other things, and no doubt Nokia already has strong ties to this large Finnish university. 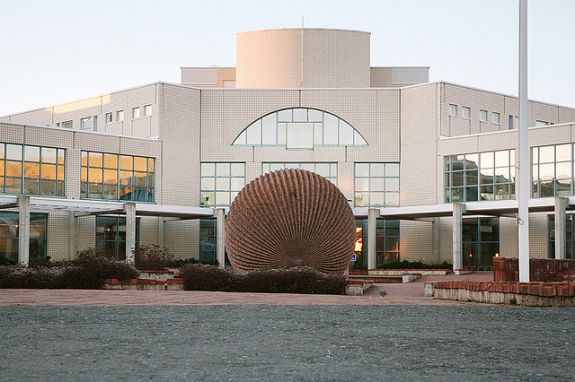 Though the center’s goals are focused on 3D mobile interfaces, Intel and Nokia also noted that development time will be devoted towards crafting new interfaces for virtual worlds - but get this, for use in a mobile environment. The two talked about extending CAVE (Cave Automatic Virtual Environment - think holodeck) type interfaces into the mobile realm.

Intel and Nokia were light on details about what specific goals they had in mind for the center - beyond simply crafting revolutionary interfaces for mobile devices. But mobile is still hot enough that the two can rationalize essentially tossing researchers a wad of cash with guidelines along the lines of 'go make something new.'

It doesn’t take much imagination to realize that Intel and Nokia have augmented reality in mind for the future of mobile devices.

Virtual worlds thus far have been dominated by the likes of Second Life and other desktop centric experiences. Although those have failed to achieve mainstream popularity, Intel and Nokia clearly see potential for virtual worlds to make a comeback in the mobile space. Currently, another Finnish company, Sulake - who is known for developing the relatively mainstream Habbo Hotel - debuted a mobile virtual world platform of their own named Bobba. Bobba Bar runs on iOS and Nokia Series 60 platform devices, and has since become Sulake’s most popular and successful project.

Clearly, Intel and Nokia see the potential for immersion that mobile brings to virtual worlds, and beyond into augmented reality.

On a more practical level, hopefully mobile-focused user interaction R&D will give rise to interesting new interface paradigms for touch interfaces that will eventually be integrated into MeeGo, most of which will be immediately open sourced according to Intel.

The challenge that MeeGo designers face will be developing a UI that works well on and scales from 3 inch smartphone screens up to iPad-like 10” tablet screens. Intel and Nokia both will need both a research heavy foundation to find what interaction paradigms work best, and the talent to bring those research projects to market with MeeGo.

More importantly, however, is focus on making sure MeeGo delivers as a smartphone platform. Before we can really get excited about virtual worlds, Nokia and Intel both will need to deliver compelling reasons for consumers to consider MeeGo over a host of serious competitors all developing their own touch-centric mobile platforms.