by Brian Klug on April 1, 2010 1:55 AM EST
63 Comments | Add A Comment
63 Comments
Inside is just about everything you'd expect. There's a standard quick getting started guide if you're reading-challenged, an equally straightforward but more hefty users manual, power supply, and a yellow ethernet cable. Then there's the device itself, bearing Cisco branding and AT&T logos. On its front are five status LEDs: power, ethernet, GPS, computer, and 3G cellular. 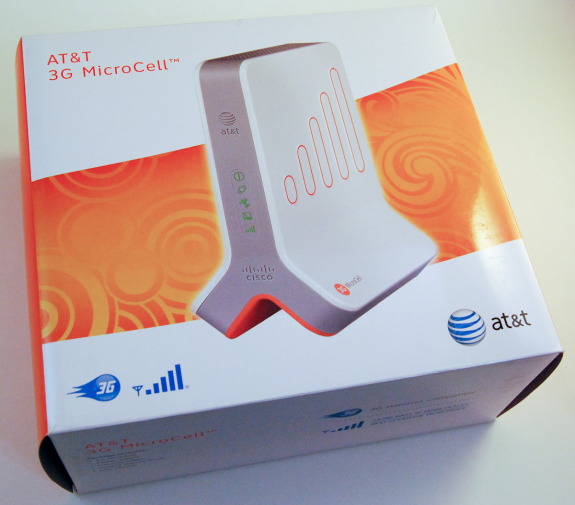 3G MicroCell - Cell Tower in a Box
The "computer" status LED is interesting - Cisco suggests connecting the microcell in-line with your internet connection, before your router in what they call a "priority mode" configuration. This makes sense, as it offers an easy connection method for users that either don't know about QoS, NAT, or port forwarding, or aren't competent enough to configure them. I didn't investigate priority mode in much detail, instead using QoS and port forwarding rules of my own, but more on that later. 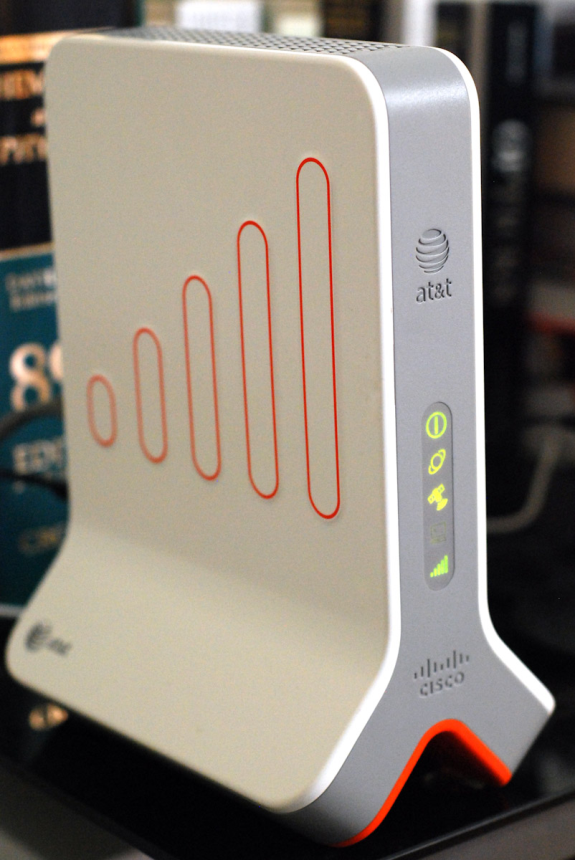 Powered up and running - your very own "cancer box"
On the back are two ethernet ports. The yellow one is what we're interested in, as this is the primary connection for internet. The black one is labeled "computer," and as noted earlier and is for connecting another device behind and in line with the microcell - ostensibly a router or your computer if you lack one. There's also an antenna jack for connecting an external GPS antenna if you can't install the device near a window, or if your windows have a coating which attenuates GPS frequencies. AT&T offers absolutely no guidance of any kind about what type of port this is, but from experience it appears to be MMCX or possibly RP-MMCX. There's also a reset pin hole and power adapter. 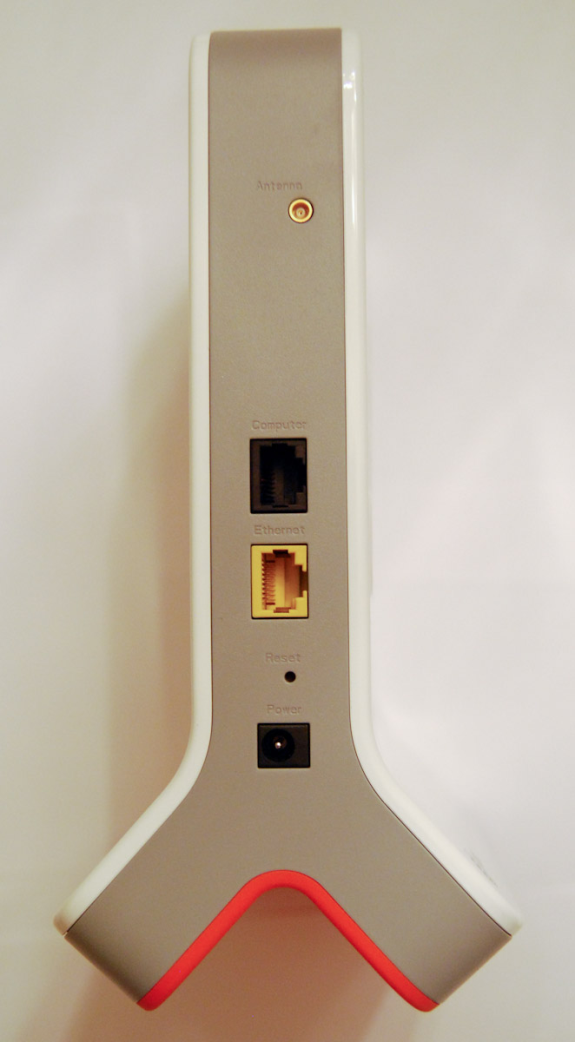 Backside of the AT&T MicroCell
Interestingly, there's also an open source license agreement notice CD and sleeve. I half expected a complete dump of all the relevant code given the CD, but instead of Cisco effectively using the 700 MB of storage, they parked one 591 kilobyte, 281 page long PDF document with all the FOSS licenses for packages used on the MicroCell. No, I'm not even joking, this CD literally has one half megabyte file on it. What's even more hilarious is that the file is actually linked for download during the registration process, which makes a heck of a lot more sense. 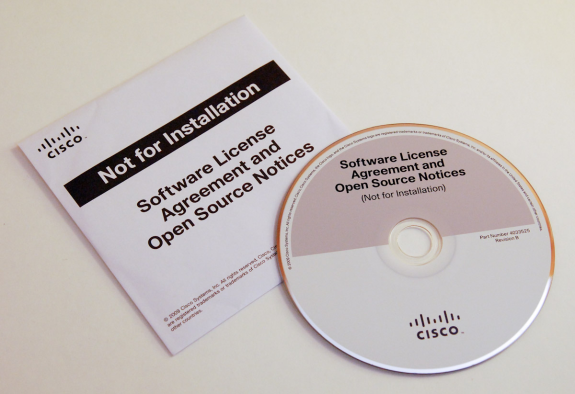 Not for installation - for reading during that long activation process
Of course, for your amusement, I went through the whole document and extracted all the open source packages cited. There are 24 licensed pieces of software, but the takeaway is that the femtocell is running BusyBox 1.8.2. Ostensibly, most of the code is being used for routing packets through what amounts to a router when you've put the device in "priority mode," but as we'll discover later there's plenty more going on too.
AT&T's Femtocell: Enter the 3G MicroCell Inside The MicroCell: Networking
Tweet
PRINT THIS ARTICLE
Comments Locked