When Sigma SD14 on Vacation was published, one of the features discussed was photographs that tried to use the noise of the Sigma Foveon sensor at ISO 800 and even 400 as a creative tool. Like others, we assumed this noise issue at sensitivities that are a non-issue with other cameras is a problem of the Foveon sensor. 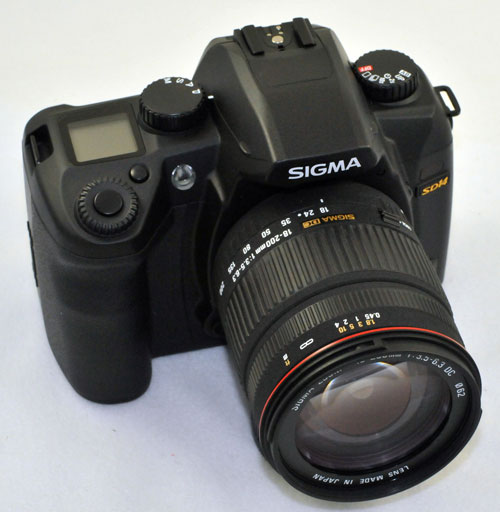 We received a very interesting email from a Gary Mercer, one of the professional photographers featured in the Popular Photography December 2007 Sigma SD14 promotion. He provided us with useful insight to the SD14 noise "problem" and a suggestion:

"I've been using Sigma DSLRs from the very humble beginning of the SD9 to the current SD14. There is a lot of controversy concerning the low light performance of the SD14 and also higher ISO 400 and up noise issue. I've found that other DSLR systems use in camera noise programs that produce soft, but less noisy images right out of the camera even when shooting raw. The supposedly raw images produced by most Bayer-sensor cameras are in fact heavily edited images prior to downloading them to the computer. The SD14 doesn't do any serious noise reduction in the image coming out of the camera. In fact, the SPP 3.2 and 2.5 versions of the Sigma Software barely address noise after the fact.

So how does someone who wants to shoot at higher ISOs with the SD14 deal with this? Imagenomic's Noiseware program is the best solution I've found to date. It is superb. If you sent me the raw images of the pictures you posted shot at ISO 800, I'm sure that Noiseware would take care of the noise in these images easily, salvaging them for you. I found this out after a helicopter shoot of the Hawaiian Islands with the SD14. We couldn't remove the doors off the helicopter, so I had to shoot through the canopy which lowered the light about two F-stops and also needed to use a polarizing filter which further lowered the light. It was a disaster in the making, forcing me to shoot at ISO 800. But after spending all this money on the helicopter, I was going to try to get my money's worth. When I got back to Florida and post processed the images, I thought the shoot was a complete bust, until a pro buddy of mine suggested Noiseware from Imagenomic. Even Noise Ninja couldn't clean up those images. Noiseware saved my shoot and I was able to save the images and use them in my latest gallery exhibition of my photography at www.pmgallery.info.

Moral of the story? The SD14 works just fine when you know the nature of the best and have the right tools to pull the results you want from this camera. It isn't super speedy, but I've got model test shots I've shot with it and lots of sample images on my SD14 test images website at pbase.com if someone wants to really see what is possible with the SD14 in real life."

Gary certainly has the credentials that persuaded us to try his suggestion and we were frankly astounded at the results we achieved by processing the Sigma JPEG files with Noiseware. The results were so impressive we tried the Noiseware processing with other camera images. Some cameras showed dramatic improvement in noise and others, like Nikon and Canon cameras, showed very little improvement with Noiseware processing. A large selection of images has been Noiseware-processed in the last few weeks. With this experience with a wide range of digital images from a cross-section of cameras, it is time to discuss the impact of Noiseware in more detail.