The basic electrical figures of the AmazonBasics Aurora Vista 1500 VA are unsurprisingly mediocre. We have a transfer time that reaches up to 8 ms and the output voltage drops all the way down to 210 V RMS. Although all figures are technically within the manufacturer’s specifications, they drift significantly away from the 230V/50Hz output we were supposed to see. The most prominent flaw is the frequency shift, which drifts away by half a Hz, a value that is unacceptable for power grids. The output of the UPS will not be connected to a grid of course and it still is within the ±1Hz specified by the manufacturer, yet some sensitive equipment is likely not to react well to such a large frequency shift.

The fan of the unit outputs 39.5 dB(A) once it is running. That is a fairly low figure for a typical UPS, yet it is clearly audible. It takes the UPS about seven hours to recharge its drained batteries to 100% so, in the event of an anomaly that will discharge the better part of the batteries, the fan will be running for several hours. Even a short brownout of a few seconds will cause the fan to be running for a long time though, as it takes almost an hour to charge the batteries from 90% to 100%. 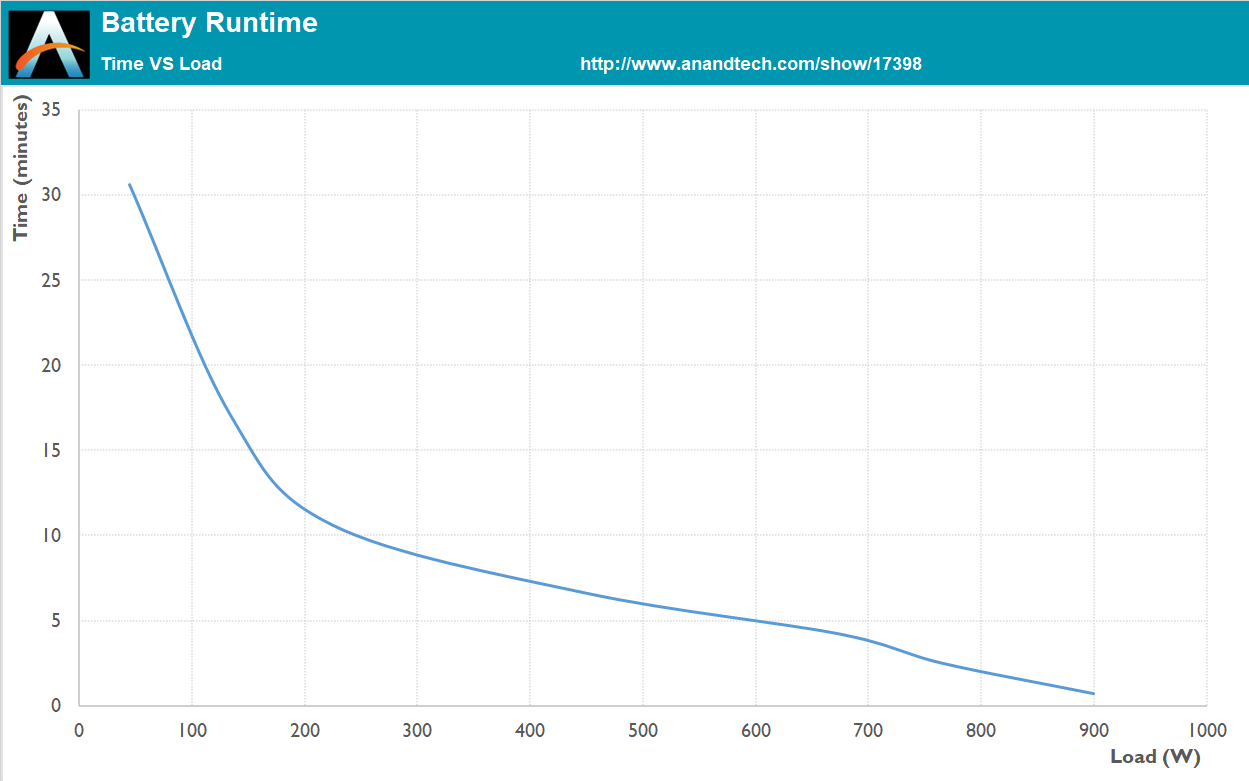 Our load testing revealed that the battery runtime of the AmazonBasics Aurora Vista 1500 VA is a little overestimated. These figures are achieved with its batteries fully charged and while they are new. Still, the battery runtime was only 21 minutes with a load of 100 Watts and the runtime declines dramatically as the load increases. If the load is above 800 Watts, the UPS cannot handle the load for more than a single minute. 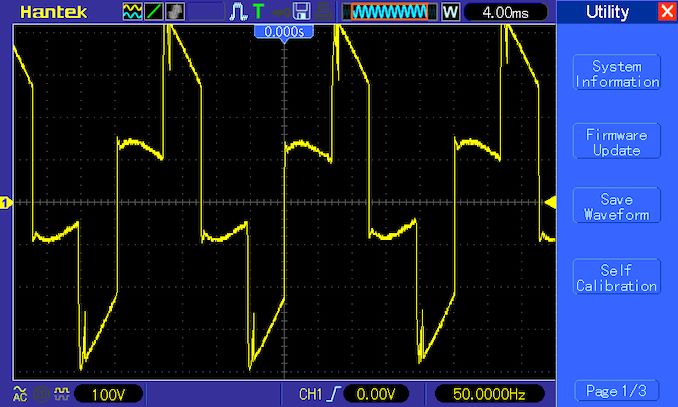 The AmazonBasics Aurora Vista 1500 VA is a unit with a “modified sine wave” output. What that means is that the output will not be close to the standard sine wave that we receive from the grid but an approximation of it. This approximation typically is a ladder wave with a few steps. The better the circuitry design, the more the steps, thus the better the approximation to a true sine wave output. Depending on the manufacturer and cost of the product, designers will make the corresponding effort to simulate a true sine wave as much as possible.

The designers of this UPS took a wholly different approach – they did not even try. What we have here is a single-step square wave and a very poor one too, with a ramp drop forming right after the front of the wave. As such, the output of the AmazonBasics Aurora Vista 1500 VA does not even remotely resemble a sine wave. It is but a square wave with a duty cycle that produces a 230 V RMS output. If the square wave was perfect, without the ramp, we would probably be reading exactly 230 V RMS instead of 210-216 V RMS.

The peak of the wave reaches over 400 Volts and, since it is not an actual sine wave, throwing it as an input to any switching power supply will generate harmonics. As a matter of fact, the square wave is the worst-case scenario in such designs and will generate harmonics ludicrous in both amplitude and number. These two parameters are a disaster for the PFC circuitry of any PSU, no matter how well made it is. It will (probably) not cause the PSU to immediately blow up but does burden the unit severely, significantly reducing its reliability. Several reputable PSU manufacturers had to revise entire platforms to resist the massive stress that such a UPS could place on them. 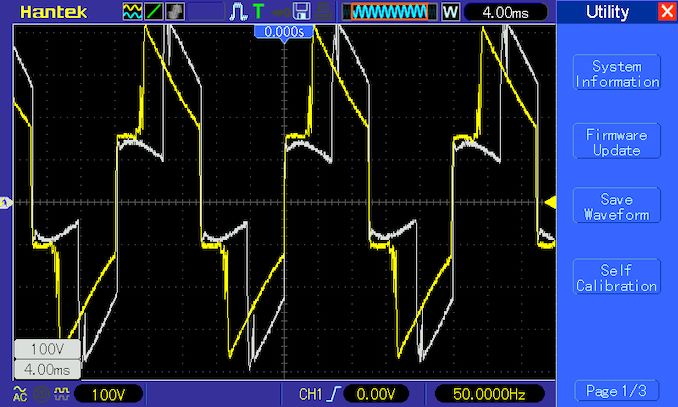 Expectedly, the AmazonBasics Aurora Vista 1500 VA is unable to maintain a stable output depending on the load and is using a feedback mechanism that adjusts the duty cycle of the wave. As such, the waveform between low and high loads will be massively different. Though as a practical matter, this hardly matters because we never had a reasonable approximation to a sine wave to begin with, so the waveform did not actually get any worse - just different. 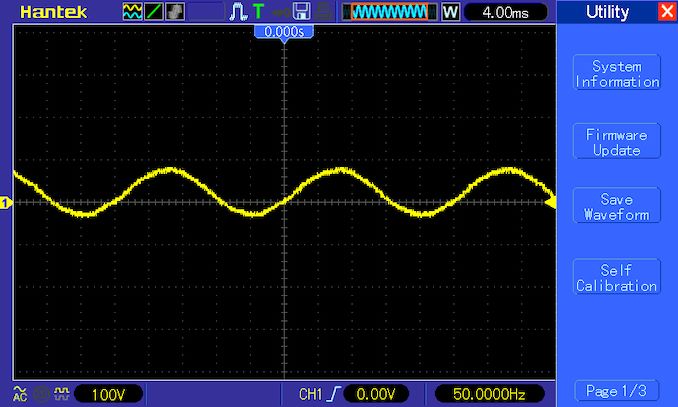 There are two more things that we must point out regarding the AmazonBasics Aurora Vista 1500 VA. The first is the extremely high leakage voltage to the output while the UPS is turned off. If the UPS is plugged into the grid and is turned off, the input partially leaks into the output – in other words, the UPS doesn't entirely turn off as it should. In this case, the leakage is massive, with the output being over 50 V RMS, which is unsafe. Even when the UPS is turned off, users should assume that everything connected to it is still live, even though the voltage is not high enough for the device to actually operate. The high voltage can also cause parasitic energy consumption on the devices the UPS is connected to.

If the UPS is unplugged, there is no reading on its output. There is a minor parasitic draw from the batteries though, which would discharge the batteries in three to five months’ time. This isn't a big concern for typical use, but it can damage the battery if the UPS is stored for a very long time.

The second is a very high drain by the UPS while it is turned on and idle. Even if the batteries are fully charged and nothing is connected to it, the AmazonBasics Aurora Vista 1500 VA draws a good 40-50 Watts from the outlet. Except for the massive waste of energy that this is, the UPS is constantly quite warm, even when it is simply waiting in backup mode. So it must be placed in a fairly well-ventilated area and under no circumstances enclosed in a cabinet or any space that will greatly restrict natural airflow.

AmazonBasics is one of the several Amazon private brands and was initially meant to supply basic products, like accessories and office supplies, to the general public. It is safe to say that AmazonBasics has moved way past supplying only basic products, as there are thousands of products being sold under that label today, ranging from dog diapers to furniture sets. All of these products come from third-party manufacturers and identical products are likely to be seen sold under other brand names as well. With but a few minutes of searching, we found the Aurora Vista UPS also being sold under the brand names “Centralion”, “Bitmore”, and “GT”.

Despite its very basic design, the AmazonBasics Aurora Vista 1500 VA was of much better quality than we originally anticipated. The OEM of the Aurora Vista 1500 VA, Lian Zheng Electronic Co Ltd, is a very reputable manufacturer that is behind the creation of many very well-known products out in the market. Still, at this price range, we expected to find very low-quality parts inside and we were positively impressed when we opened it up. The electronics are mediocre but better than what we expected to see, the batteries are quite good, and the Sunon Maglev fan was a true astonishment. 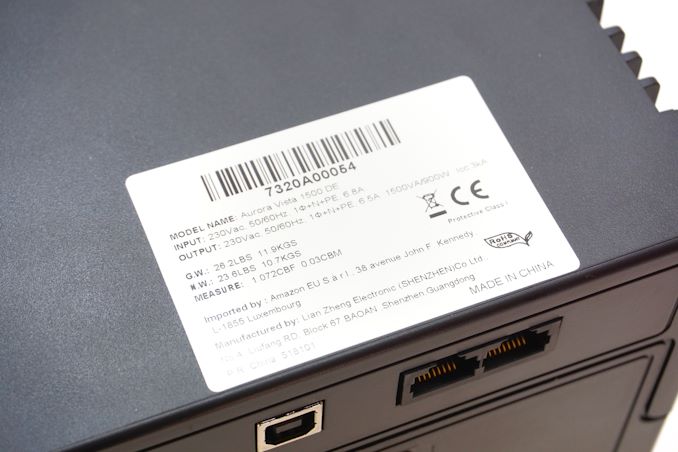 Regardless, the core design of the AmazonBasics Aurora Vista 1500 VA is extremely basic and greatly outdated. Reliable as it may be, its performance is decades behind the times, as these designs first appeared when power supplies had no factor correction at all. As a result, the output of the AmazonBasics Aurora Vista 1500 VA will greatly stress modern electronics, and they will not respond kindly.

Assuming that the main load of the UPS will be a PC, even if the PSU can handle the stress, the harmonics from the chopping of the wave will travel to any other device in the same grid. Typically, that will not be a problem because the output of a UPS while it is running on battery power is its own mini-grid and the harmonics cannot travel to the wall outlet. They will, however, travel to any device connected to the UPS, so it is unwise to connect very sensitive equipment to it.

The problem will be augmented if multiple devices with switching PSUs are connected to the UPS, such as more than one PC, routers, printers, monitors, etc. This amplifies the issue, making it all more likely for the devices to damage each other. If sensitive equipment such as, for example, high fidelity audio equipment is connected alongside a PC, it may be permanently damaged. In such a case, if data loss is not a major concern, it is likely better to use a plain surge arrester for protection and let the PC go without a battery backup.

The consequences of this issue also increase in magnitude with the amount of power drawn, making the issue even greater for powerful PSUs. The more power a PSU draws, the more severe the harmonics will be and, consequently, the worse of a beating every device will be receiving. Modern PSUs are trying to filter such anomalies but no PSU will be capable of clearing them out completely. 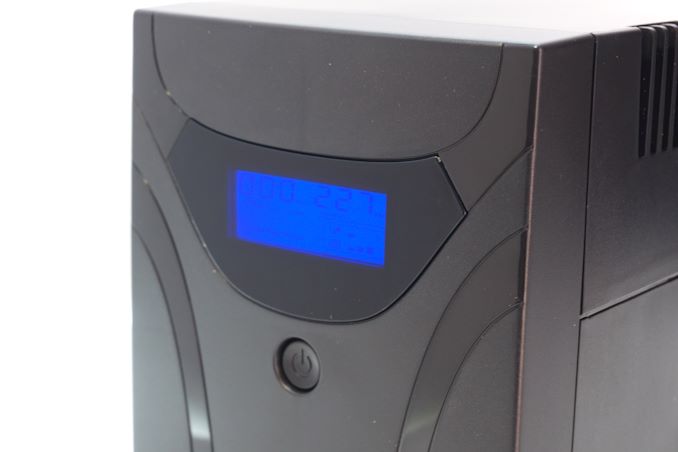 Regardless, we would not consider the AmazonBasics Aurora Vista 1500 VA to be obsolete. If nothing else, there are numerous similar basic UPSes on the market, and there has been for decades. For applications where a single, average PC and its monitor are present, the total stress will be low enough to be tolerable. This makes the UPS usable for office users as well as home users who simply want to combat infrequent short power outages. However, when multiple devices enter the equation – and especially if any of them have high output PSUs – then it would be like throwing a wrench in the gears of a machine and hoping for the best every time there is a power outage.

In summary, the AmazonBasics Aurora Vista 1500 VA is very competitively priced UPS for its capacity, but one that has made a several compromises in the process. It has a very high idle energy consumption, and its battery output is horrifying for modern electronic equipment. That being said, it is not a useless product. The low price makes it ideal for powering devices where it would be nice to have an uninterruptible supply, such as, for example, security systems and powered blinds, a battery charging station, emergency lighting, or tooling. Or even a single home PC, perhaps, if outages are infrequent and that will be the only thing connected to its output. Otherwise, for more complex applications or for the protection of an expensive modern PC, we would definitely advise getting a more capable and modern UPS.

Introduction, Examining Inside & Out
Tweet
PRINT THIS ARTICLE
Comments Locked