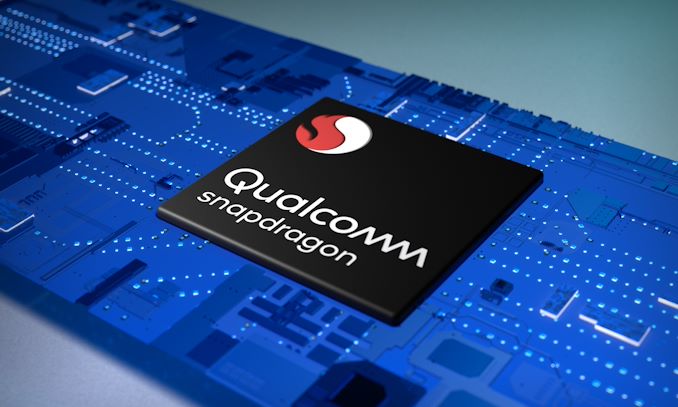 As part of their Scaling the Mobile Compute Ecosystem presentation, Qualcomm this morning is announcing a refreshed version of their Snapdragon 7c for laptops. Aptly named Snapdragon 7c Gen 2, the updated chip for entry-level Windows PCs and Chromebooks sports a slight clockspeed boost, bumping the frequency of the two Kryo 468 (Cortex-A76) cores up to 2.55GHz. Spec bumps aside, Qualcomm’s target market for the 7c family hasn’t changed, with the updated SoC designed to serve as an anchor for sub-$400 “always-on” devices.

The original Snapdragon 7c was announced back at Qualcomm’s 2019 tech summit, as part of Qualcomm’s efforts to flesh out their lineup of Snapdragon Compute SoCs aimed at Arm-powered PCs and other laptops. At the time, Qualcomm was (and still is) gunning heavily for making a market of always-on Windows devices, taking advantage of the low power consumption of Qualcomm’s chips and integrated LTE modem to deliver a mobile-like platform for Windows PCs. Those efforts, though not a smash hit, have at least proven fruitful enough for Qualcomm to refresh parts of the Snapdragon Compute lineup while better bringing Chromebooks into the fold as well. 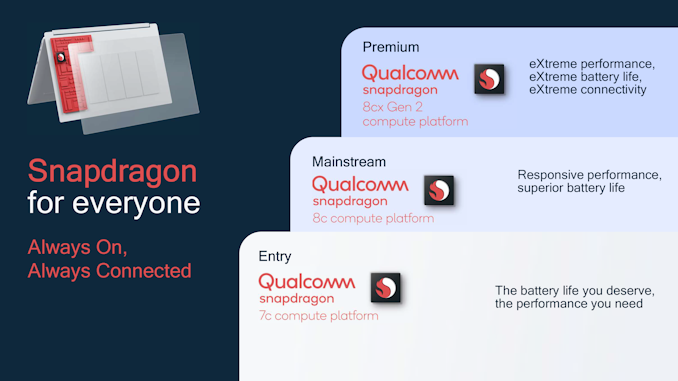 To that end, the Snapdragon 7c is getting what amounts to a mid-generation face lift. Like the Gen 2 update for the 8cx last year, Qualcomm isn’t rolling out a new silicon design for the 7c Gen 2, but they are reaping the benefits of general yield improvements and better binning to ratchet up the clockspeeds. For the 7c Gen 2, the clockspeed on the chip’s two Cortex-A76 cores is being bumped from 2.4GHz to 2.55GHz.

Feature-wise, the rest of the package is otherwise the same as it was for the original Snapdragon 7c. This includes a dual-channel (32-bit) LPDDR4X memory bus, a Hexagon 692 DSP, a Spectra 255 ISP, and an LTE category 15 Snapdragon X15 modem. The 7c Gen 2 is unabashedly an entry-level platform, with Qualcomm keeping the feature set (and performance) light in order to be price-competitive in the entry-level market.

Overall then, the Snapdragon 7c Gen 2 not much of a bump over the original Snapdragon 7c, but then again Qualcomm isn’t pitching the Snapdragon 7c Gen 2 as a true next-generation successor to the original Snapdragon 7c. Instead, the launch of the 7c Gen 2 is being treated as something of a second launch for the 7c platform, while also letting Qualcomm pivot a bit on their device strategy to chase Windows devices and Chromebooks more equally. From Qualcomm’s perspective, they still have a competitive and desirable product, especially as entry-level devices have been selling like hotcakes over the past year due to the pandemic. 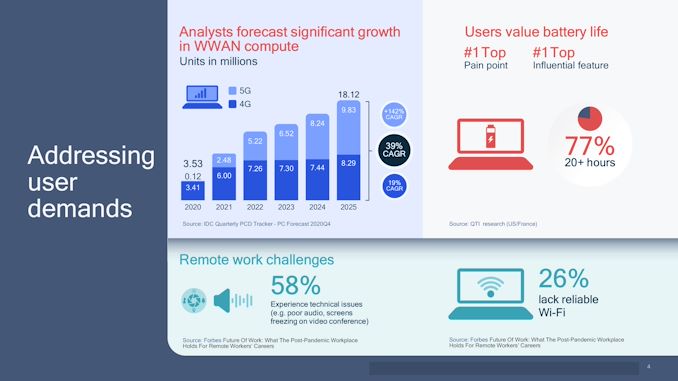 As with the original 7c, Qualcomm’s biggest strengths with the 7c Gen 2 platform are on battery life and the integrated LTE radio. While the performance of a pair of A76 CPU cores is nothing to write home about these days, they are rather power-efficient by PC standards. Meanwhile an integrated modem not only helps to sell the SoC to cost-conscious OEMs, but also security-minded companies that want their devices reachable the bulk of the time. 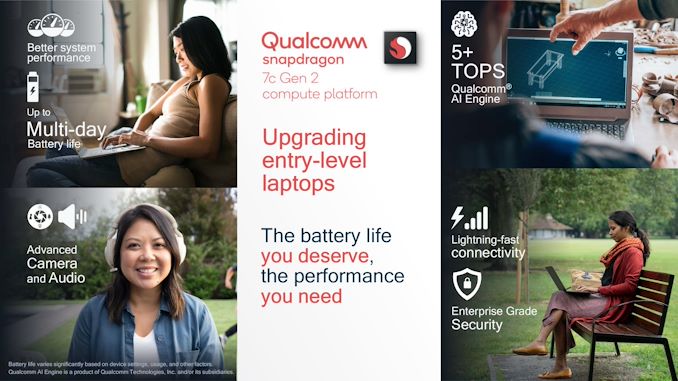 The competition for this revised SoC first and foremost remains Intel, who is now shipping their Tremont architecture-based Jasper Lake platform. Qualcomm is still looking to snag a piece of Intel’s PC pie, especially as the chip crunch has forced Intel to prioritize shipping high-end (high margin) hardware. And though Jasper Lake will undoubtedly make for stiffer competition than the older Gemini Lake platform, Qualcomm is still counting on battery life as well as their audio and video processing capabilities to give them an edge over Intel.

Wrapping things up, Qualcomm expects devices based on the Snapdragon 7c Gen 2 to be available this summer. Given the hardware similarities to the original 7c, this should make for a relatively seamless transition for Qualcomm’s OEM partners.