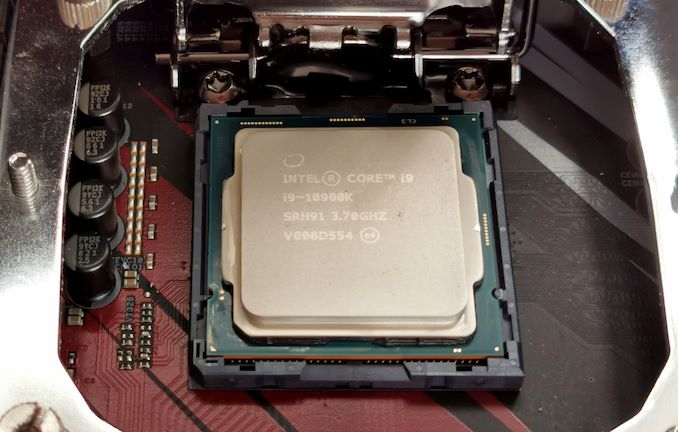 After a 9-year run, Intel today has begun to wrap up its Performance Tuning Protection Plan service, the company’s optional extended warranty for CPU overclocking. As of today, Intel is no longer selling new PTP plans, and the program will be shifting to servicing existing warranties while those are still active. Intel’s warranty service was quite unique throughout the industry; given the potentially destructive nature of overclocking, it’s almost unheard of to be covered, even by optional warranties.

Intel originally launched the Performance Tuning Protection Plan back in January of 2012, right in the middle of the heyday of Sandy Bridge and Ivy Bridge CPU overclocking (ed: has it really been that long?). At the time, for anywhere between $20 and $35, Intel would offer a one-time warranty that specifically covered damages incurred by overclocking – something that Intel’s standard warranty explicitly does not cover. Should a retail boxed processor fail due to overclocking, intel would replace a PPTP warrantied chip once and only once, free of charge.

When Intel kicked off the program, it was initially started as a six-month trial, where saw enough success to become a long-term offering for Intel, covering all overclockable Intel consumer chips including their massive HEDT parts. Even though the program made it very affordable to overcook an Intel CPU for little more than the price of a pizza, the one-time replacement restriction seemingly did its job, as stories of people trying to abuse the program have been few and far between.

None the less, the PTPP’s days have finally come to an end. In a message posted to the plan’s website, Intel announced that the program was being discontinued, citing that “As customers increasingly overclock with confidence, we are seeing lower demand for the Performance Tuning Protection Plans”.

And while Intel doesn’t provide any specific numbers to back that up, broadly speaking it’s not at all surprising to hear that demand is down. Since the Sandy Bridge era overclocking has become a lot less fruitful; with Turbo Boost Max 3.0, Thermal Velocity Boost, and other turbo technologies, Intel has begun wringing out the bulk of clockspeed headroom from their CPUs right out of the box. At the same time peak clockspeeds have stalled at a bit over 5GHz, and the much larger core counts of today’s CPUs means that Intel differentiates its parts based on core count more than it does based on clockspeeds. So unlike the Sandy Bridge era, where you could easily expect to add another 1GHz (or more) to a $216 i5-2500K, a modern i5-10600K is lucky to achieve half of that thanks to already starting at a peak clockspeed of 4.8GHz. Ultimately, although CPU overclocking is far from dead, it’s no longer delivering big, easy performance boosts as it once did.

At any rate, with the retirement of the PPTP, Intel is transitioning to servicing existing warranties. Intel chip owners who have already purchased a plan are still covered for the length of their warranty, which rides on top of Intel’s standard 3-year warranty. So Intel will still be replacing a handful of chips for a couple more years yet.