AMD's AM4 socket has been consistent throughout the entirety of its Ryzen processor's lifespan, and the latest Zen 3 processors are best suited for the X570 range of motherboards. Today it's time to see what the mid-range ASUS ROG Strix X570-E Gaming has to offer. Some of its main features include Intel 2.5 GbE and Wi-Fi 6, with dual PCIe 4.0 x4 M.2, with plenty of USB 3.2 G2 connectivity. The ROG Strix X570-E Gaming looks strong and we examine it to see how it stacks up.

Ever since AMD launched its X570 chipset back in the summer of 2019, it still remains as its premier flagship for performance. Originally launched alongside the Ryzen 3000 series processors, AMD has since unveiled its latest Zen 3 based Ryzen 5000 series, and we observed up to 5 GHz frequencies when we tested our processors. Offering support for both the Ryzen 5000 and 3000 series processors, X570 is still AMD's flagship consumer chipset with plenty of PCIe 4.0 support through its full-length PCIe slots and M.2 slots. For users considering B550, chipset-based PCIe 4.0 is the major benefit here.

One of the models launched back when X570 was announced is the ASUS ROG Strix X570-E Gaming, so even though it has been out a while, it has been a popular option and we wanted to test it. Representing the ROG Strix series that caters to the mid-range, it focuses on blending modern aesthetics with RGB, premium controller sets and features. The X570-E follows a similar design to the vast majority of its Strix branded models, with futuristic graffiti across the heatsinks, with RGB LEDs integrated into the rear panel cover and chipset heatsinks. 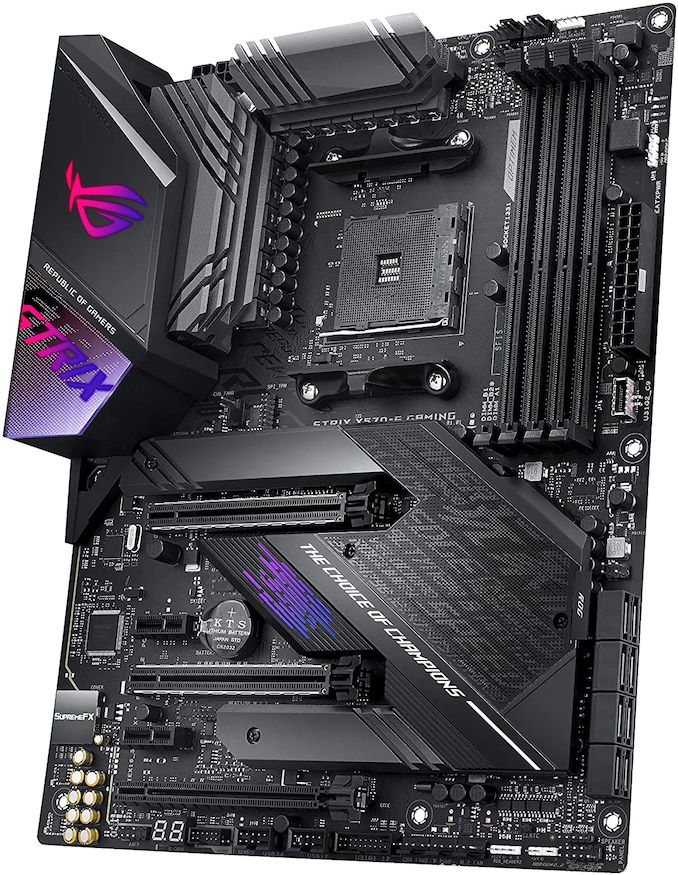 Like other mid-range X570 models, the ASUS is using active cooling for its chipset, with two PCIe 4.0 x4 M.2 slots with heatsinks branching out from the heatsink. It uses the full allocation of SATA ports from the chipset with eight in total, with support for RAID 0, 1, and 10 arrays. Looking at PCIe, it has three full-length PCIe 4.0 slots that operate at x16, x8/x8, and x8/x8/+x4, with two PCIe 4.0 x1 slots. Memory support is also impressive with up to DDR4-4400 supported out of the box, with a maximum capacity of up to 128 GB across four memory slots.

Other interesting inclusions come in the networking stack, with a Realtek 2.5 GbE and an Intel Wi-Fi 6 module. This gears the board up for when 2.5 G Ethernet becomes normalized, with 2.5 G looking to become the standard going forward. It also includes an Intel Gigabit Ethernet port too, with a premium Realtek based ASUS branded audio codec, with lots of USB 3.2 G2 also on the rear panel. This includes seven USB 3.2 G2 Type-A and one USB 3.2 G2 Type-C port. It also provides two video outputs on the rear panel for users planning on installing any of AMD's Ryzen based APUs, including the 3000-series.

Looking at performance, the ROG Strix X570-E Gaming performs superbly in our system tests. It combines good power consumption performance with some of the fast booting times into Windows from an AM4 board on the test that we've seen, as well as the best DPC latency out of the box I've seen so far. It's competitive in our CPU and gaming tests against other AM4 models we have tested. 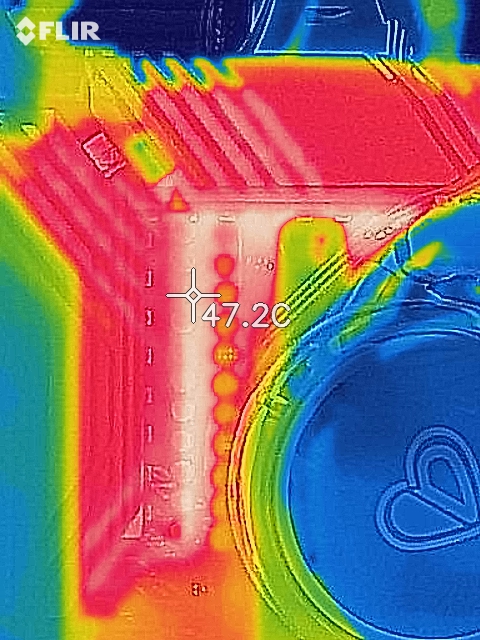 Another element to the performance is when overclocking, and the Strix X570-E Gaming delivers in this area too. It has tight VDroop control with good under-compensation in the majority of our testing, with POV-Ray performance increasing as we tested up in increments of 100 MHz on the CPU. Our thermal VRM testing also shows the ASUS to perform brilliantly with an efficient yet solid 14-phase power delivery for the CPU (12+4) with decent power stages throughout and a solid heatsink keeping things nice and cool.

When it comes to recommending an AM4 motherboard at this specific point in time, the X570 is undoubtedly the flagship chipset, even if we're not expecting to see any future generations of core designs beyond Zen 3 on it. The ASUS ROG Strix X570-E Gaming has an MSRP of $330, while the newer B550 variant costs just $280. Despite the $50 in MSRP pricing, the X570-E Gaming has superior storage capabilities. Users looking to use multiple PCIe 4.0 SSDs will certainly need X570 to achieve this.