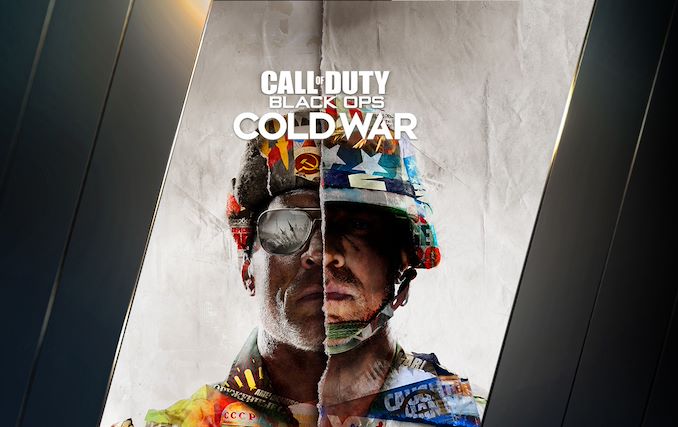 For those of you fortunate enough to be able to find one of NVIDIA’s new GeForce RTX 30 series video cards, the GPU maker has launched a new game bundle for the much sought-after cards. For their latest promotion, NVIDIA is bundling the forthcoming Call of Duty: Black Ops Cold War with GeForce RTX 3080 & GeForce RTX 3090 cards, highlighting the launch of the latest Call of Duty game as well as its support for various NVIDIA technologies. This latest game bundle replaces the Watch Dogs bundle, which ended yesterday.

NVIDIA has offered Call of Duty bundles a few times in the past, so including this year’s game is quickly becoming a regular tradition for the company. One of the biggest games on the market every year, NVIDIA and its developer relations team have worked with developer Treyarch to implement several technologies, including ray tracing support, NVIDIA’s DLSS, and NVIDIA’s new Reflex latency-reduction tech. So as with a lot of NVIDIA’s RTX series game bundles, it’s designed to show off the capabilities of the hardware as much as it is extra kicker to add to the value of NVIDIA’s cards.

NVIDIA is including the standard edition of Call of Duty with the top two cards of their new RTX 30-series lineup, the RTX 3080 and RTX 3090, as well as new desktop systems that include those cards. Which at face value is a bit surprising; though game bundles with high-end cards aren’t unusual, RTX 30 series card sales are going so well that NVIDIA hardly needs to include extra swag to sell their cards. In fact, if you can even get an RTX 3080 or RTX 3090 card then you’re fortunate given how quickly they sell out. On the flip side, however, this may change in November when AMD launches its rival RX 6800/6900 series cards, as the company has made it known that they’re gunning for NVIDIA – so perhaps it’s never too early to sweeten the pot.

At any rate, this is NVIDIA’s only game bundle for the moment. The company is not running the Call of Duty bundle for the recently-launched RTX 3070, nor are they including any games with their previous-generation RTX 20-series or GTX 16-series cards.

As always, codes must be redeemed via the GeForce Experience application on a system with a qualifying graphics card installed. The Call of Duty bundle runs from today through December 10th, and more information and details can be found in the terms and conditions. Be sure to verify the participation of any vendors purchased from, as NVIDIA will not give codes for purchases made from non-participating sellers.