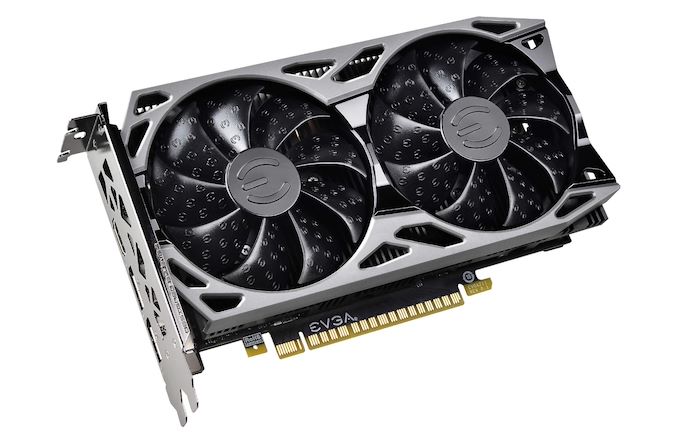 Tucked inside NVIDIA’s announcement of their spring refresh of their mobile GPU lineup, the company included a new low-end mobile part, the GeForce GTX 1650 GDDR6. Exactly as it says on the tin, this was a version of the company’s GTX 1650 accelerator, except with newer GDDR6 instead of the GDDR5 it launched with. Now, in one of NVIDIA’s more poorly kept secrets, their desktop product stack is getting a version of the card as well.

While not a launch (as NVIDIA likes to frame it), the desktop GTX 1650 GDDR6 has none the less finally become an official product this past Friday, with partners unveiling their cards and NVIDIA adding the specifications to their website. Sitting alongside the existing GDDR5 version, the GDDR6 version is intended to be a parallel, generally equal SKU. As NVIDIA makes the transition from GDDR5 to GDDR6 at the bottom edge of their product lineup, the updated card gets access to faster memory, but interestingly the GPU clockspeeds are also tapered back a bit.

By the numbers, the new GDDR6 version is largely the same as the GDDR5 version. Both are 75W cards based on NVIDIA’s entry-level Turing TU117 GPU. However the GDDR6 version of the card both gains some and loses some in the process. NVIDIA swaps out the GDDR5 for newer GDDR6 – and thereby finally confirming that TU117 is GDDR6-capable – however the cards also take a slight clockspeed nerf. As a result the GDDR6 version of the card has a whopping 50% more memory bandwidth – bringing it to 192GB/sec – but 5% lower GPUs clocks and throughput.

In discussing the matter with NVIDIA, we were told that the GPU clockspeed change was to equalize performance and power consumption between the two parts. Which makes sense to a degree – the GTX 1650 is a particularly special part in NVIDIA’s lineup since it’s the fastest card they offer that can be powered entirely by a PCIe slot, which is to say it can’t have a TDP over 75 Watts. So with the GDDR5 version already close to that limit, if the switch to GDDR6 memory drives up power consumption at all (be it the memory or the GPU’s memory controllers), then something else has to be dialed back to compensate.

Meanwhile, equalizing performance is something of a secondary goal in this situation, especially because of the potency of GDDR6 memory. NVIDIA doesn't intend for the GDDR6 version of the GTX 1650 to be its own product; the next card up after the GTX 1650 remains the GTX 1650 Super. But given what we’ve seen on other Turing parts such as the GTX 1660 series, where a similar switch netted a further 10% in performance, I would expect the GTX 1650 to see the same kind of modest benefits from the faster memory. This in turn would more than outweigh the 5% GPU clockspeed drop. So don’t be surprised if the GTX 1650 with GDDR6 turns out to be a bit faster than its pre-existing GDDR5 counterpart, though it shouldn’t be by very much.

Otherwise, the GTX 1650 GDDR6 will end up filling the same general role as the original GTX 1650. The entry-level card is the cheapest (and the slowest) of the Turing family, offering as much performance as NVIDIA can pack into a 75 Watt TDP. And while the cards should still be relatively small, I do find it interesting that NVIDIA lists the length for the (non-public) reference card at 5.7-inches, 0.6-inches longer than the GDDR5 version. GDDR6 cards require a new PCB, so this raises the curious question of whether GDDR6 designs can’t be made quite as compact as GDDR5 designs. 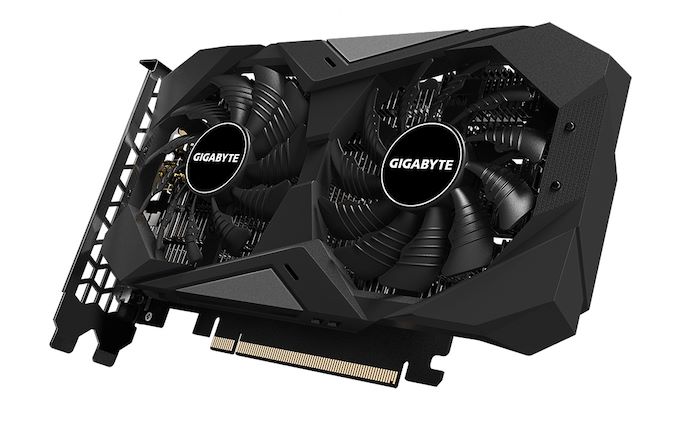 Overall, this low-key release should mark a more important turning point in the state of GDDR memory. If NVIDIA and its partners are now willing to release GDDR6 versions of low-end cards, then this is a strong indicator that GDDR6 has finally lost most of its new technology price premium, and that memory prices have fallen by enough to be competitive with 8Gbps GDDR5. GDDR6 prices were a sticking point for the profit-sensitive NVIDIA during the original Turing product stack launch, so while it has taken an extra year, the company is finally offering a top-to-bottom GDDR6-based product stack.

NVIDIA’s partners, in turn, are already rolling out their cards, with designs from Gigabyte, MSI, EVGA, and others. As with the original GTX 1650 cards, it looks like many of these will be factory overclocked, throwing out the 75W power limit in order to get some extra performance out of the TU117 GPU. Meanwhile, pricing for the GDDR6 cards appears to be identical to their GDDR5 counterparts, underscoring the transitionary nature of this release.