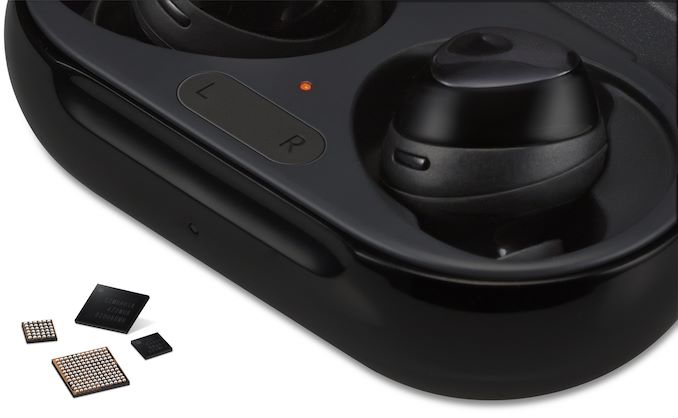 Samsung has formally announced two new all-in-one power management integrated circuits (PMIC) developed specifically for "True Wireless Stereo" (TWS) devices (a.k.a. earbuds). The highly integrated PMICs are being touted as allowing earbuds to be built with longer battery lives and better ergonomics. And because this is Samsung, the the first earbuds to use the new PMICs are fittingly Samsung’s own Galaxy Buds+.

Samsung’s family of PMICs for TWS devices includes the MUA01 designed for charging cases, as well as the MUB01 for the earbuds themselves. Previously, power management solutions for earbuds have used 5 to 10 discrete components (see the image below), including switching chargers and discharge circuits, which take precious space. Samsung says that it has managed to integrate all of these components into one chip, occupying half the space as before, which enables it to save space inside earbuds and charging cases. Ultimately, the goal is to free up space in earbuds to integrate higher-capacity batteries, better speakers, and refine ergonomics. 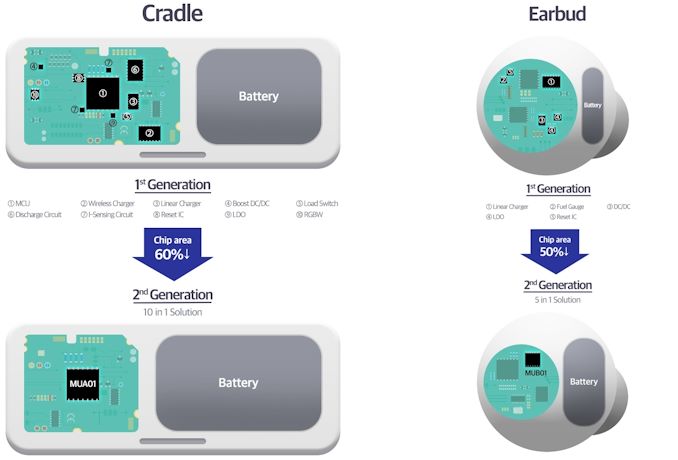 The MUA01 supports both wired as well as wireless charging (and happens to be the industry’s first solution of this kind to support both) and is compatible with the latest Wireless Power Consortium’s Qi 1.2.4 specification. Like other devices of this kind, the MUA01 integrates a microcontroller unit (MCU) with eFlash to enable firmware upgrades. Furthermore, both MUA01 and MUB01 support power line communication (PLC) technology that enables earpices and charging cases to share essential information, such as battery levels. 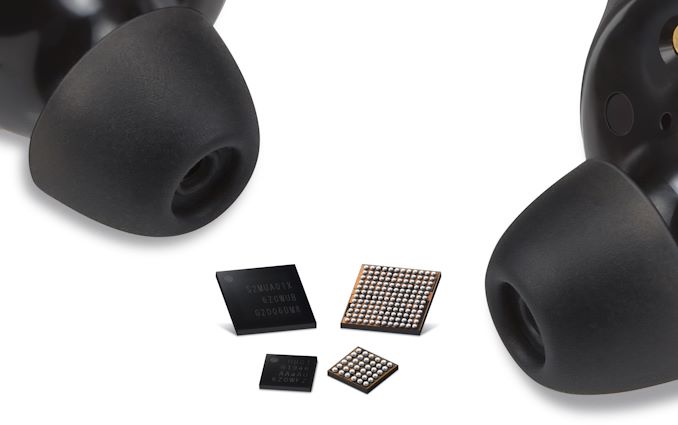 Samsung has already started to mass produce its MUA01 and MUB01 PMICs and uses them inside its recently announced Galaxy Buds+ that are rated for up to 11 hours of operation on one charge. 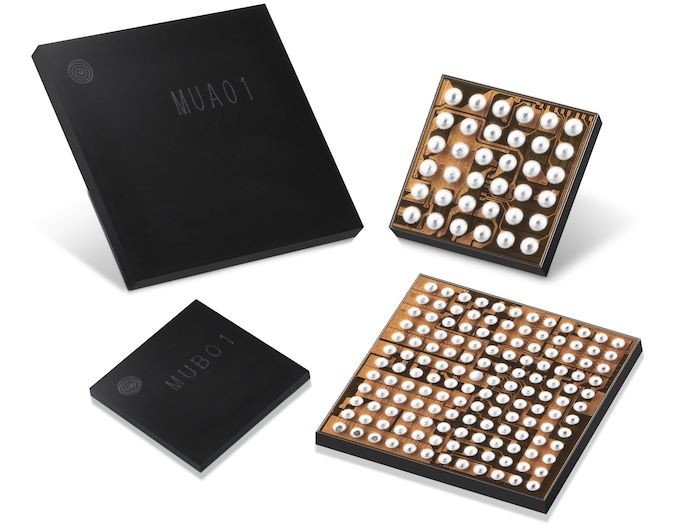