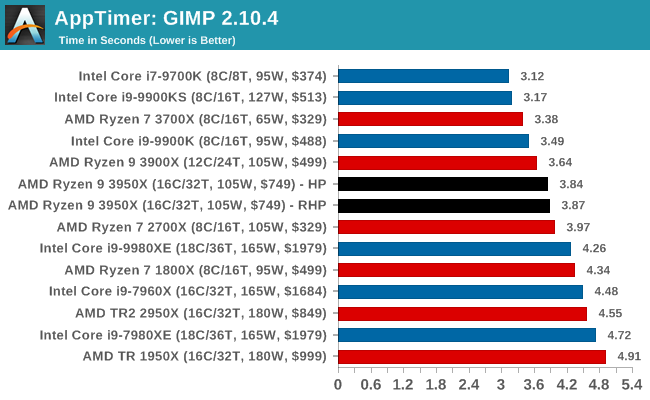 As a raw single threaded test, we see Intel's high 5.0 GHz CPUs near the top. The Ryzen 3700X and Ryzen 3900X beats the 3950X here by small margins, perhaps due to memory traffic or the complexity of dealing with more cores in the system. However the Ryzen 9 3950X sails past Intel's HEDT chips. 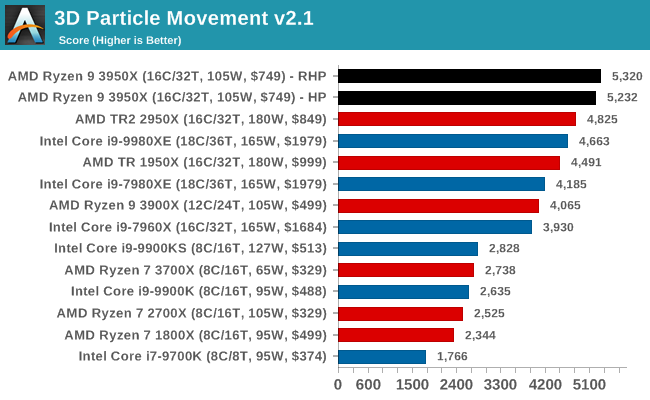 For some simple math without AVX acceleration, the 3950X piles on the core performance and IPC to give our best results, above and beyond what the Core i9-9980XE can provide for less power at under half the cost. 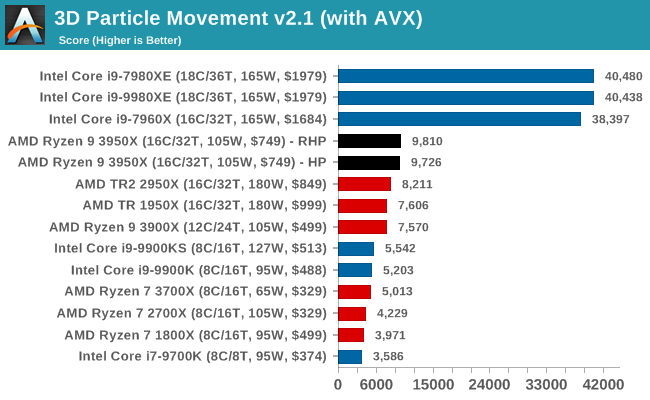 However, this is one benchmark where ratcheting in AVX2 and AVX512 really helps. There's no escaping the Intel HEDT family here, but on AVX2 mode AMD wins the best of the rest. 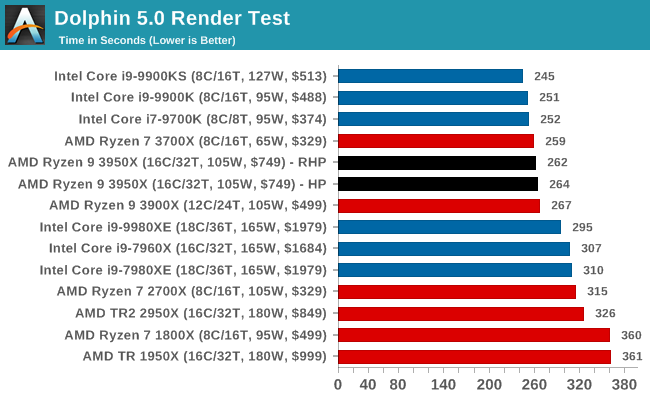 Dolphin is another ST test, and Intel's 4.7+ GHz family are ahead of AMD here. The 3700X is a smidgen ahead of the 3950X, perhaps due to having only one chiplet rather than two.

Example of a 2.1B neuron simulation 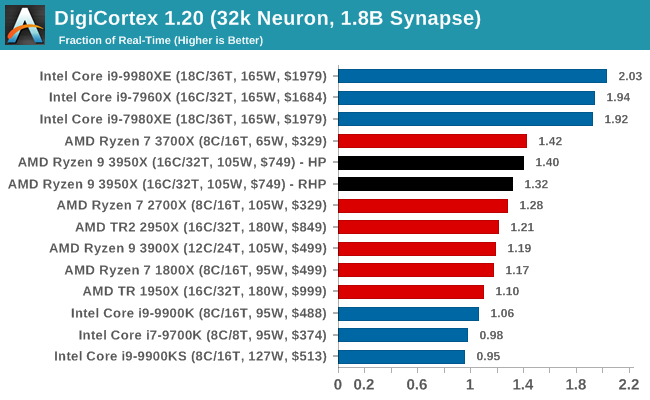 DigiCortex likes memory channels, and so Intel's HEDT chips win here. Again we see the 3700X beating the 3950X, likely due to the available bandwidth per core being higher and more cores not making much of a difference in performance. 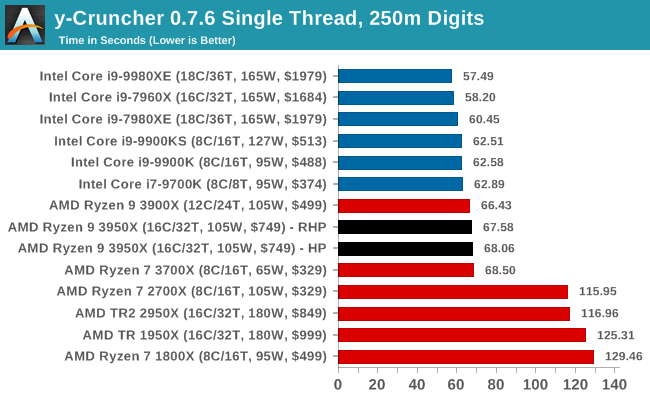 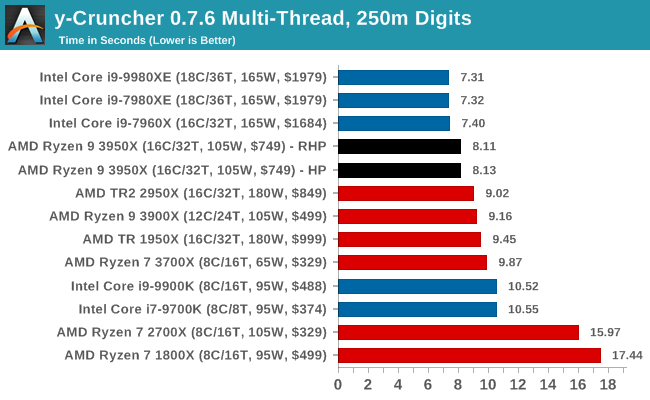 y-Cruncher is another piece of software that can use AVX-512, but AMD still comes very close. For single threadeded AVX2, the 5.0 GHz CPUs from Intel have a small lead, but in multi-threaded AVX2 the 16-cores with Zen 2 allow AMD to power through Intel's maintream offerings by 25%. 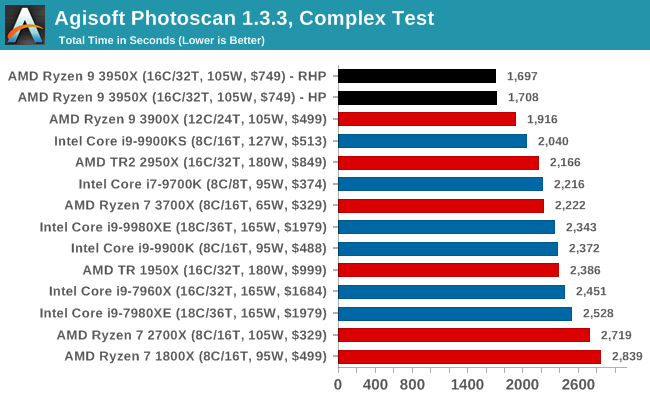 This variable threaded workload shows the power of AMD's 16 Zen 2 cores at a high frequency. Despite 5.0 GHz all-core turbo being on the 9900K, only having 8 cores lets it down here. Intel's HEDT line of processors just don't have the per-core performance to keep up.