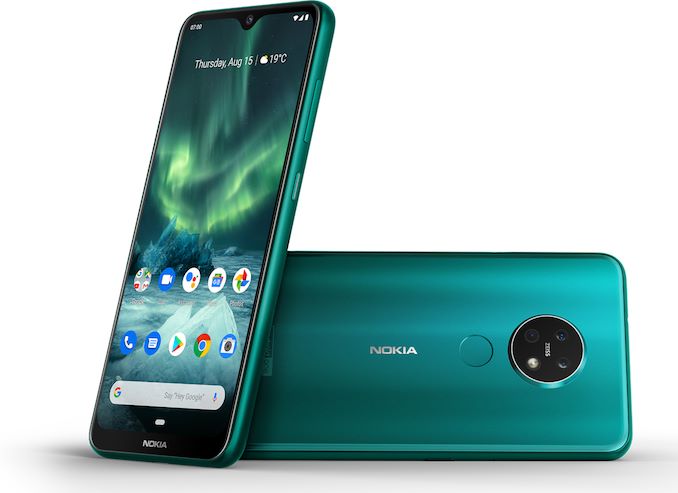 HMD Global has announced its new ‘performance mainstream’ smartphone, the Nokia 7.2. It is aimed at the mass market, yet features premium capabilities, like a large HDR10-capable display with PurePlay enhancements, and a triple-module camera with a 48 MP sensor. When compared to its predecessor in the same price segment, the Nokia 7.2 upgrades itself in every important aspect like the screen size, performance, and imaging capabilities.

The design language of the Nokia 7.2 is somewhat different when compared to its ancestor, the Nokia 7.1, as well as other advanced Nokia handsets available today. The chassis is symmetric with very smooth edges to ensure a pleasant grip. The handset no longer has sharp/diamond-cut edges that were meant to ensure firm grip and give a somewhat special feeling. There is a reason for that. The enclosure no longer uses an aluminum unibody frame, but features a frame made of a polymer composite along with Corning Gorilla Glass 3 on both sides. Nokia says that the polymer composite it uses is twice as strong as polycarbonate at half the weight of aluminum. Use of the polymer instead of metal enabled Nokia to install a 6.3-inch LCD and boost battery capacity while maintaining weight of the phone at around 160 grams (same as predecessor).

Speaking of the display, the Nokia 7.2 features a 6.3-inch IPS LCD with a 2244×1080 resolution as well as Nokia’s PureDisplay hardware and software technology enabled by a PixelWorks chip that can process HDR10 content, upscale SDR content to HDR, as well as adjust brightness and contrast dynamically to provide the best possible image quality both indoors and outdoors.

Inside the Nokia 7.2 is the Qualcomm Snapdragon 660 that integrates eight Kryo cores (so, four semi-custom Cortex-A73 and four semi-custom Cortex-A53 cores) as well as an Adreno 512 graphics core, and an X12 LTE modem. The application processor is paired with 4 or 6 GB of LPDDR4 memory as well as 64 GB or 128 GB of NAND flash storage. Meanwhile, the device is equipped with a 3,500 mAh battery that can be fast charged. 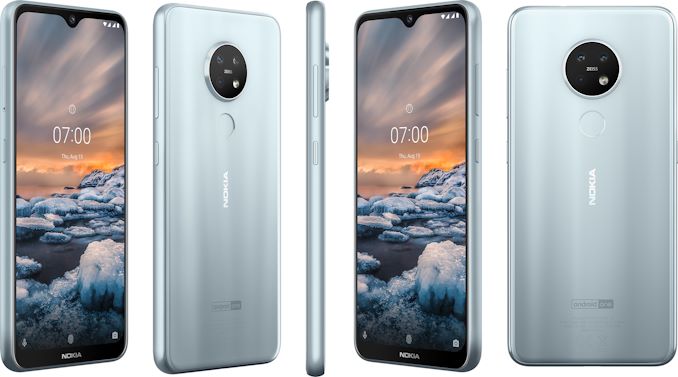 As noted above, the Nokia 7.2 got significant upgrades when it comes to imaging. The main camera module is a 48 MP equipped with Zeiss optics, an ultrawide 8 MP sensor, a 5 MP depth module, and a LED flash. Also, there is a 20 MP camera for selfies on the front of the phone. To take advantage of the new triple-module camera as well as the new front sensor, Nokia developed its new camera software that takes advantage of the new hardware and supports ‘AI-powered night mode’ (which is probably a way to call Google Android’s Night Mode). Besides, there is Pro Camera Mode that enables a precise control of white balance, ISO, aperture, and shutter speed. Obviously, there are various refinements when it comes to the selfie camera too.

Physical interfaces of the Nokia 7.2 include a fingerprint reader on the back, power, volume and Google Assistant buttons, as well as a USB Type-C for data and power. For those who care, there still is a 3.5-mm audio jack for headsets. 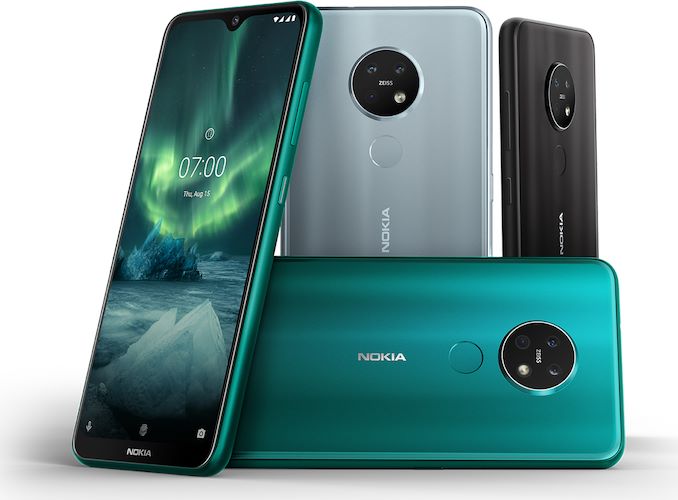