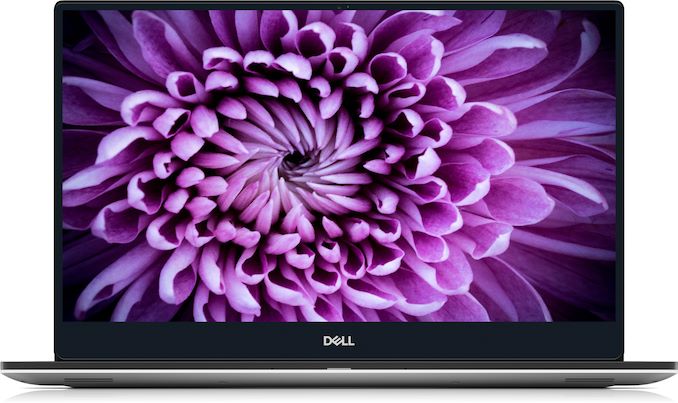 Dell has introduced its new flagship XPS 15.6-inch laptop aimed at performance-demanding users such as gamers and prosumers. The new XPS 15 7590 machine can be equipped with an eight-core Intel processor, a performance mainstream discrete GPU, as a well as an optional 15.6-inch OLED monitor.

The new Dell XPS 15 comes in the same anodized aluminum chassis with a carbon figer palmrest (featuring an 11 – 17 mm z-height) as its predecessors, but its internals were upgraded quite significantly. The new notebook is based on Intel’s 9th Gen Core processors and can be equipped with the eight-core Core i9-9980HK (up to 5 GHz, 16 MB cache) with which can be overclocked because of unlocked multiplier. The CPU can be accompanied by up to 64 GB of DDR4-2666 memory, up to 2 TB of NVMe/PCIe storage, and NVIDIA’s GeForce GTX 1650 graphics processor. 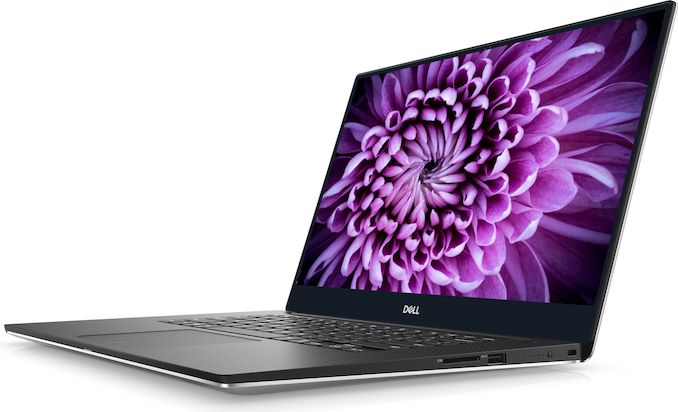 When it comes to I/O, the XPS 15 7590 laptop has Rivet Networks' Killer AX1650 802.11ax 2×2 Wi-Fi + Bluetooth 5 controller (based on Intel’s silicon), one Thunderbolt 3/USB 3.1 Type-C port, two USB 3.1 connectors, an HDMI output, a 720p webcam, speakers, microphones, an SD card slot, a 3.5-mm audio jack for headsets, and so on. Since we are talking about a notebook that could potentially be used like a workstation in appropriate environments, Dell also integrated a Windows Hello-compliant fingerprint reader into the power button (select SKUs only). 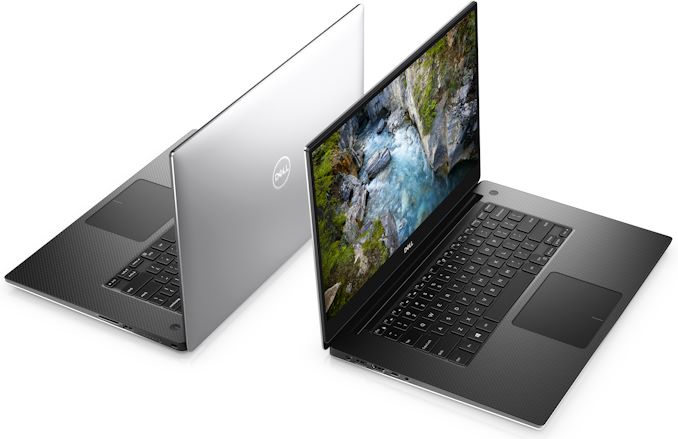 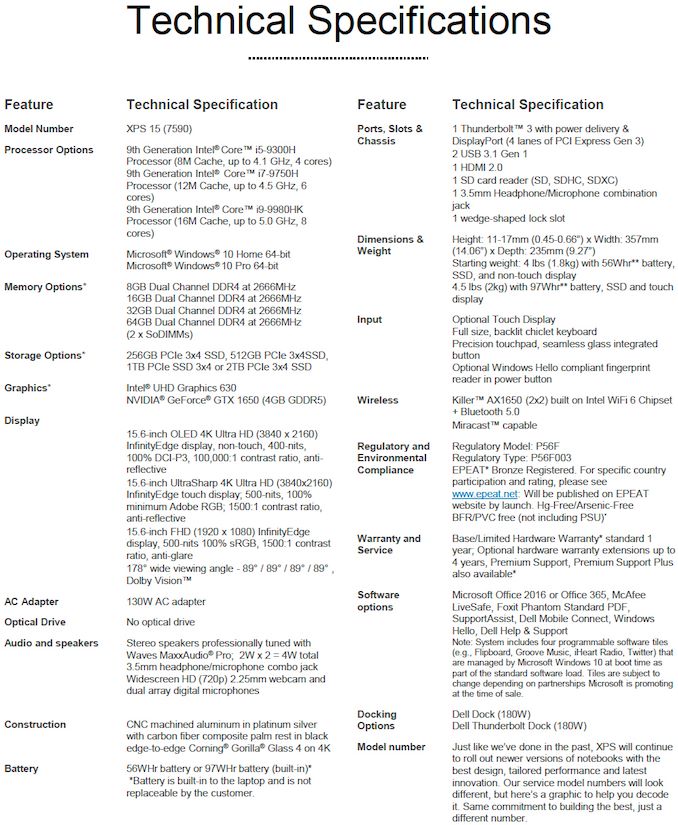