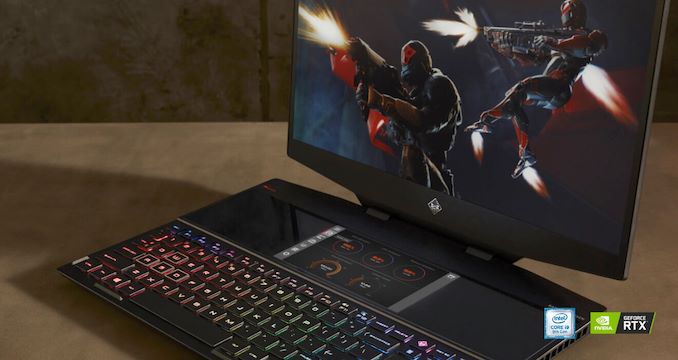 Large displays as well as dual-monitor setups clearly improve productivity of office workers and creative professionals. Applying this to broader markets, HP thinks that gamers could also benefit from two displays by accessing messaging or media services, or even tweak performance of their components without quitting their games. To that end, HP is rolling out a new dual-screen laptop, the gaming-focused Omen X 2S 15. In addition to a typical 15.6-inch LCD as a main display, it also sports a secondary, 5.98-inch multitouch screen.

Being a high-performance gaming notebook, the HP Omen X 2S 15 comes in a relatively thin 2 cm (0.78 inch) chassis yet weighs 2.35 kg (5.18 lb). Depending on the configuration, the machine can be equipped with a 144Hz Full-HD IPS display, an even faster 240 Hz Full-HD IPS display, or a 60Hz Ultra-HD IPS display, with all configurations supporting NVIDIA's G-Sync technology. Meanwhile all models of the Omen X 2S 15 are equipped with a 5.98-inch Full-HD multi-touch display, which is clearly intended to be one of its main selling points. As noted above, the screen can be used for messaging, monitoring system’s vitals, performance tweaking, customization of lighting, multimedia browsing, and so on. 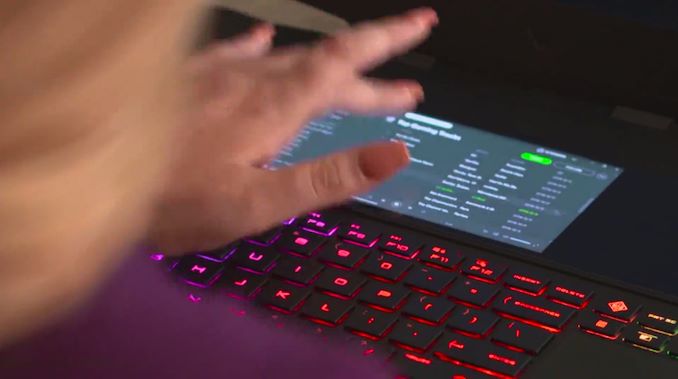 The system can also be equipped with up to 64 GB of DDR4-3200 memory as well as up to two 1 TB NVMe/PCIe SSDs in RAID 0 mode (see the table below for exact specs). Meanwhile, the CPU, GPU, DRAM, and storage can be easily accessed and upgraded when needed.

Like other high-end gaming notebooks of 2019, the HP Omen X 2S is outfitted with Intel’s Wireless-AC 9560 802.11ac + Bluetooth unit, a GbE port, a Thunderbolt 3-capable USB-C port, three USB 3.1 Type-A ports, two display outputs (a mini DisplayPort and an HDMI 2.0b), a Full-HD webcam, and so on. The audio subsystem of the PC is comprised of built-in stereo speakers with Bang & Oluffsen badge as well as an amplifier, and a 3.5-mm headset jack. The laptop also comes with a per-key RGB-backlit keyboard with N-key rollover, and a touchpad.

HP plans to start selling its OMEN X 2S laptop by June via HP.com and other retailers for a starting price of $2099.99. Models with a 240 Hz displays are expected to hit the market in July.

Last year ASUS released its ZenBook Pro 15 laptops with a 5.5-inch screen in the touchpad that were aimed at business users as well as demanding consumers. The machine received a lot of publicity at Computex 2018, but it is unclear how successful they have been commercially. HP for its part seems to think highly of the concept as it looks to try its luck with dual-screen notebooks, though it's interesting to note that the company will be positioning them them completely differently as it wants to address gamers.