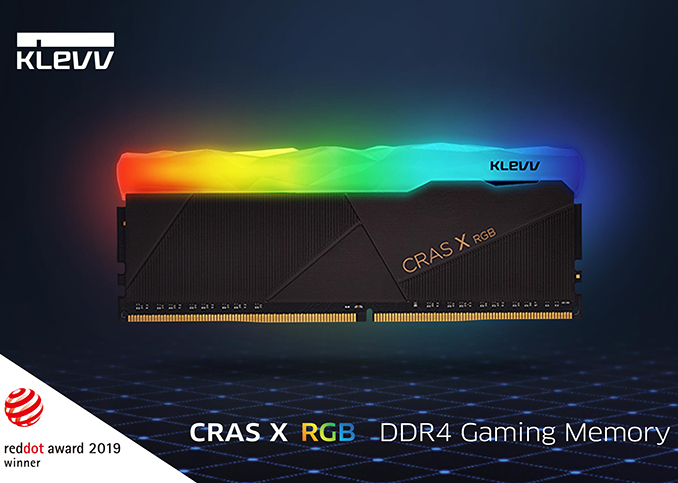 KLEVV, a partner business of SK Hynix, has always been rather conservative when it comes to speed bins of its memory modules for gamers and overclockers, partly because the most popular volume models are still in the DDR4-3000 to DDR4-3600 range. This is going to change sometimes later this year when the company launches its new models of Cras X RGB modules. 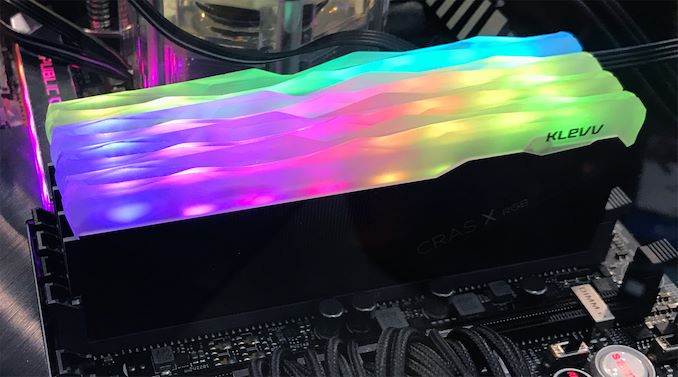 KLEVV does not say which SK Hynix’s memory chips the new modules will use, but indicates that they will be equipped with its signature black heatsink and RGB lighting that can be controlled using software from ASUS, ASRock, GIGABYTE, and MSI.

Launching faster DDR4 modules now makes a great sense for Klevv. On the one hand, enthusiasts today want faster memory as they upgrade to six-core or eight-core CPUs. On the other hand, faster modules are sold at higher MSRPs, which is important for DRAM makers as prices of DDR4 memory dropped significantly in the recent quarters and it is crucial for manufacturers to maintain their ASPs and profitability.