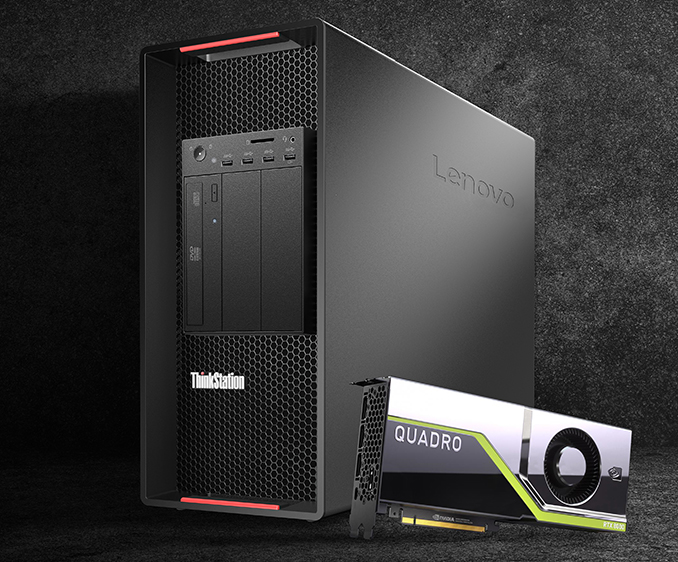 Lenovo’s new ThinkStation P720 and ThinkStation P920 workstations are based on up to two Intel Xeon Scalable processors featuring up to 28 cores per socket and running at up to 4.4 GHz. The CPUs are paired with up to 384 GB or 2 TB of DDR4-2933 memory (P720 or P920 respectively) as well as multiple NVIDIA Quadro RTX 8000 or Quadro GV100 graphics cards. As for storage capabilities, we are talking about machines supporting several NVMe/PCIe SSDs (either in M.2 form-factor or on a special PCIe 3.0 x16 Quad M.2 adapter) as well as up to 60 TB of HDD capacity. 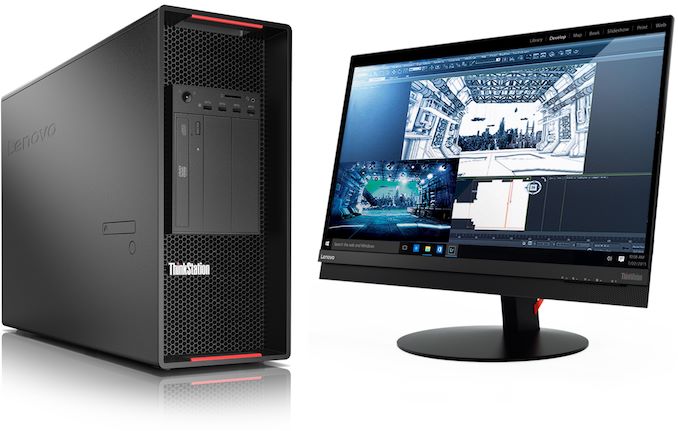 The manufacturer positions its new workstations for a wide variety of workloads, but considering capabilities of Intel’s second-generation Xeon Scalable processors (VNNI instructions) as well as NVIDIA’s latest Quadro RTX 8000 graphics cards, Lenovo puts a special emphasis on AI-related workloads that benefit from the new hardware. Obviously, the new CPU and GPU will also improve performance in content creation and other applications. 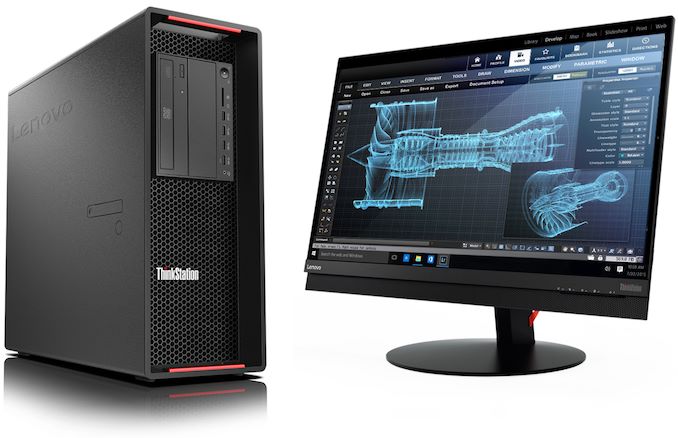 Lenovo says that because of its advanced internal architecture and airflow management the ThinkStation P720/P920 machines running two CPUs and two or three GPUs will be able to work stably for prolonged periods of time, something all users expect from workstations.

The new ThinkStation P720 and ThinkStation P920 workstations will be available in May in various configurations, although interestingly Optane versions are not listed. We might see Optane variants pop up in due course.