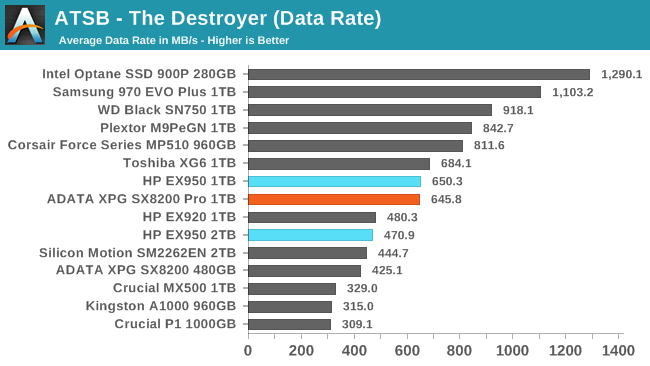 The 1TB models of the ADATA SX8200 Pro and HP EX950 go a long way toward catching up with other current high-end drives, but ultimately their overall performance on The Destroyer is inadequate. The 2TB EX950 doesn't even outperform last year's 1TB EX920. 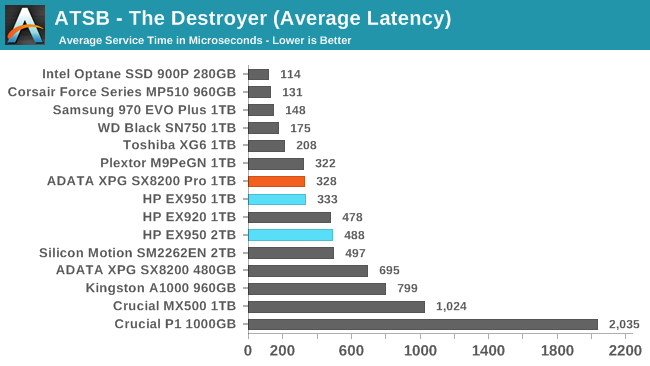 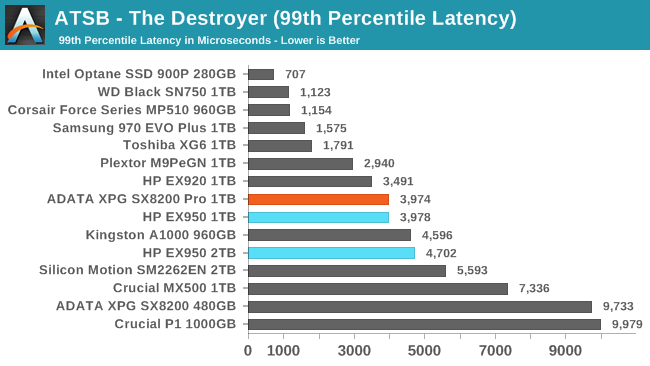 The average latency of the 1TB SM2262EN drives on The Destroyer is a significant improvement over their predecessors, but as with the average data rate it doesn't bring them up to the level of other recent high-end drives. The 99th percentile latency has actually regressed slightly from what the 1TB HP EX920 provided. The 2TB EX950 is slower in both metrics than the 1TB drives, but the 99th percentile latency score has improved from the pre-production firmware we tested last year. 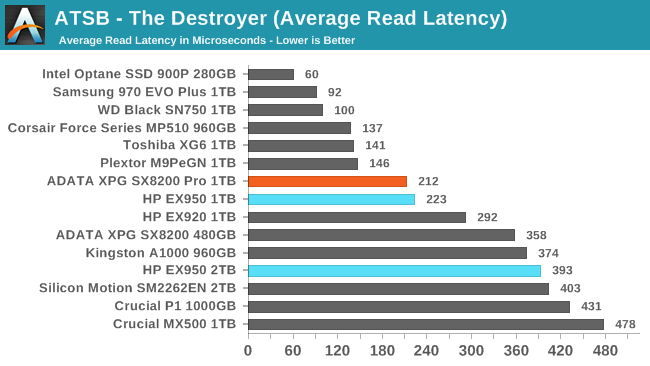 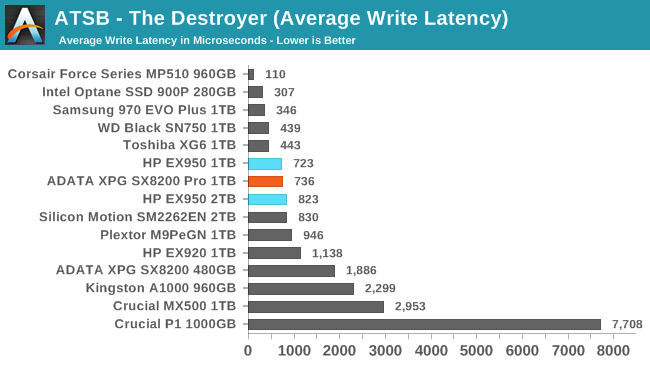 The 2TB HP EX950 has significantly worse average read latency than the 1TB models of the EX950 or EX920, but the average write latency is comparable to the 1TB EX950 and a clear improvement over the EX920. Regardless of capacity, the SM2262EN drives still have a lot of room for improving latency on The Destroyer. 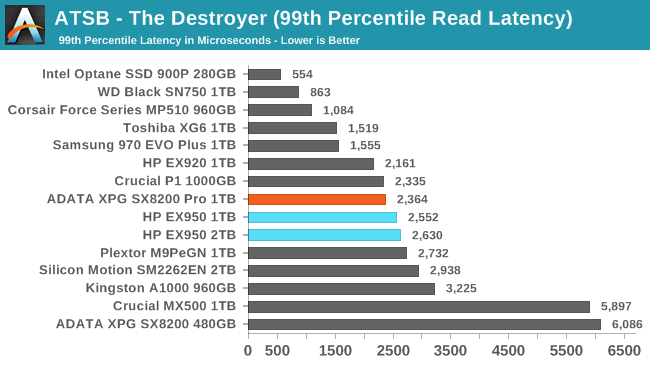 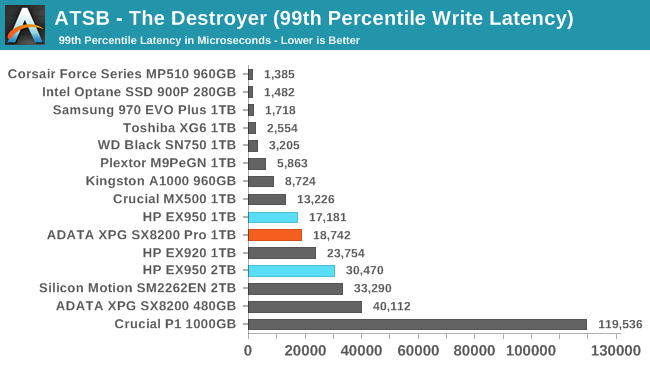 For average latency, the 2TB EX950's weakness was on read operations, but when looking at 99th percentiles, it's writes that are a problem for the 2TB drive, though not as much as with the pre-production firmware. 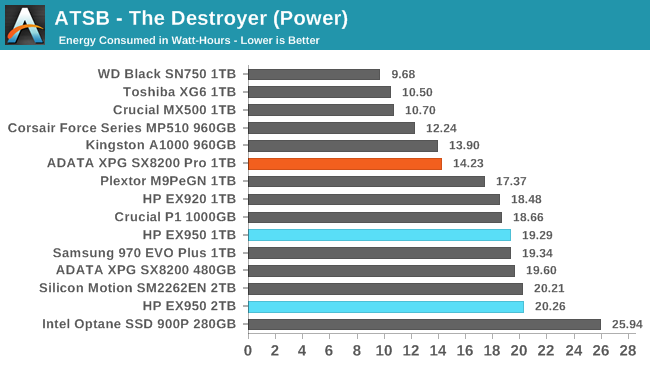 The ADATA SX8200 Pro used significantly less power during The Destroyer than the HP EX950, putting the SX8200 Pro well ahead of the entire collection of SMI-based NVMe drives and close to the Phison E12-based Corsair MP510. WD and Toshiba remain the only ones to actually tie or surpass the power efficiency of SATA drives on this test. The 2TB EX950 unsurprisingly consumes a bit more energy than the 1TB model, thanks to having more memory to keep powered and due to firmware optimizations that are more ill-suited to this test than how the 1TB models behave.