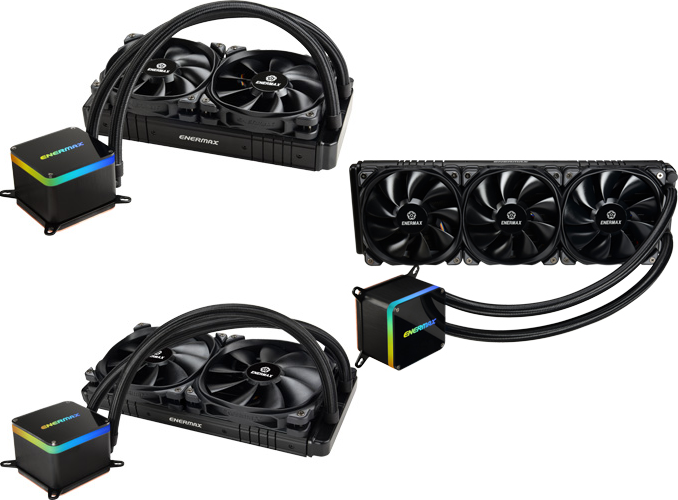 Enermax has introduced its new family of all-in-one liquid cooling systems (AIO LCS) for mainstream and high-end desktop CPUs. Capable of dissipating upwards of 500W of heat, the LiqTech II lineup includes models with 240-mm, 280-mm, and 360-mm radiators, all featuring a high-performance pump. To make the devices more attractive to modders, Enermax is also offering one of the LiqTech II SKUs in white.

Interestingly, Enermax seems to be aiming for overkill here. The company, one of a handful of AIO LCS makers to target AMD's Threadripper platform, is porting their TR4 cooler design to this more mainstream cooler.

The Enermax LiqTech II coolers are compatible with all mainstream sockets in use today, as well as Intel's HEDT socket, meaning it works with Intel’s LGA2066/2011/1366/115x sockets as well as AMD’s AMx/FMx. However AMD's TR4 socket continues to require one of the company' specialized extra-large TR4 coolers.

The new AIO LCSes use the EF1 pump featuring a ceramic nano PI bearing, a micro-channel cold plate (complete with a shunt channel), a flow rate of 450 Liters/hour, and addressable RGB lighting that connects to its radiator using weaved polyamide rubber tubing. Depending on exact model, the LiqTech II coolers are equipped with two or three fans featuring a high-pressure blade design as well as anti-vibration rubber pads to reduce noise. 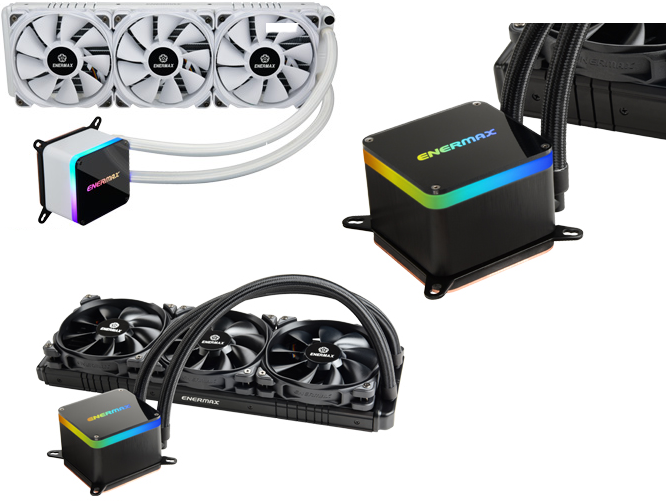 All of Enermax's LiqTech II LCSs are rated for over 500 W of cooling, which is a steep upgrade from the first-gen LiqTech LCS (~300 W), which pre-dated the company's more recent TR4-inspired designs.

The motive behind Enermax’s the move to adapt its LiqTech TR4 II to other CPUs is clear: Intel’s ‘extreme’ Core i9-9980XE dissipate 165 W of power at stock clocks and will dissipate far more when overclocked. Besides, Intel’s mainstream Core i7/i9 processors go well above their official sub-100W TDPs provided that they are cooled properly, which means that better cooling translates into higher performance in many cases.

Enermax plans to start sales of its LiqTech II coolers in early December. The company has not announced pricing, but considering the fact that the LiqTech II TR4 LCS starts at $140, it is likely that versions for other CPUs will start at around the same price point.