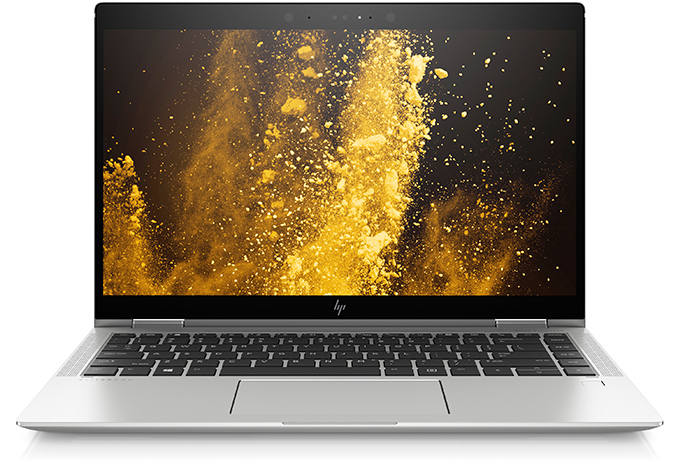 HP on Tuesday announced its first EliteBook-branded convertible, the EliteBook x360 1040 G5. Walking a fine line between an ultraportable laptop, a convertible, and a high-end laptop, HP has set out to meet these goals by putting together a 14-inch convertible tablet that also sports DDR4 support, allowing them to pack in up to 32 GB of RAM at a time when most ultraportables have 16GB. As a result of balancing these factors, the EliteBook x360 1040 G5 hybrid laptop is slightly bigger and heavier than its direct predecessor, but has a number of notable improvements when it comes to usability and performance.

The HP EliteBook x360 1040 G5 combines elements of the company’s EliteBook 1040 G4 notebook as well as the EliteBook 1030 G3 hybrid. This is HP’s first EliteBook-branded convertible with a 14-inch display, which appears to be more compact than the said laptop, yet a bit bigger the aforementioned hybrid. In any case, the EliteBook x360 1040 G5 is the company’s top-of-the-range compact business convertible and is outfitted with virtually all premium technologies that HP has to offer, including optional SureView privacy screen, HP’s endpoint security controller, HP’s Sure Start self-healing BIOS, HP’s Sure Recover feature, HP’s Sure Click protection, and so on. In addition to the company’s endpoint security controller and a TPM 2.0 chip, it supports three-factor authentication (face, fingerprint, password), a rare capability. 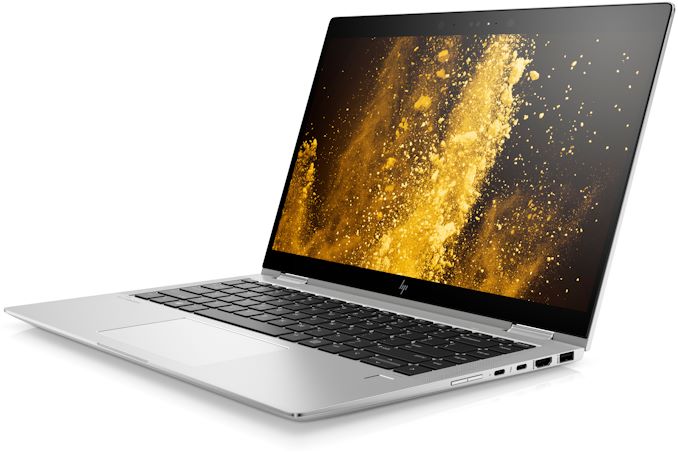 Just like other 13/14-inch convertibles introduced this year, the EliteBook x360 1040 is based on Intel’s 8th Gen Core i5/i7 processors with four cores, and is accompanied by up to 32 GB of DDR4 memory and a PCIe/NVMe SSD of up to 2 TB capacity (select configs for government agencies use encrypted drives, SKUs with 2 TB SSDs will not be available at launch). When it comes to connectivity, the new EliteBook x360 1040 G5 hybrid PCs offer plenty of options. On the wireless side of things, the laptops are outfitted with Intel’s Wireless-AC 8265 module supporting 802.11ac Wi-Fi and Bluetooth 4.2, an optional up to Gigabit-class 4G/LTE modem, as well as NXP’s NPC300 I2C NCI NFC controller. As far as physical ports are concerned, the the system has two Thunderbolt 3 connectors, two USB 3.0 Type-A headers (one used for data and charging), an HDMI 1.4 output, and a TRRS audio jack. 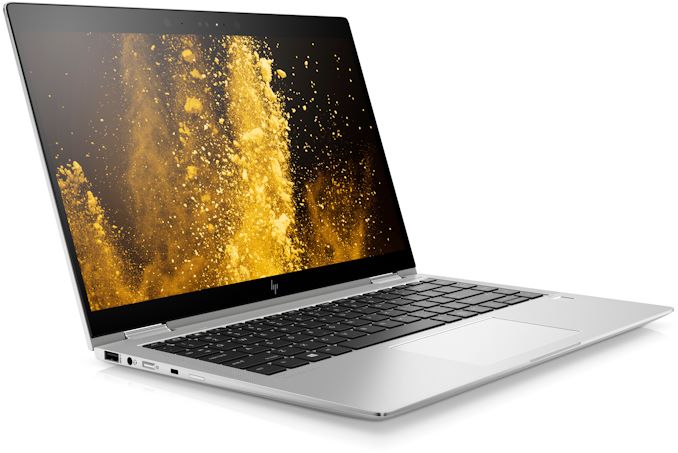 When it comes to displays, HP traditionally offers multiple LCD options with its EliteBook x360 1040. All the monitors are covered with Corning’s Gorilla Glass 5 (so, better than before) and are equipped with an ambient light sensor to automatically adjust brightness  depending on outside lighting. The higher-end SKUs come equipped with a glossy 4K Ultra HD (3840×2160) screen featuring a 500 nits luminance and covering 100% of the sRGB color gamut. Other premium models feature glossy or anti-glare Full HD (1920×1080) displays with HP’s Sure View privacy screen, and a 700 nits l brightness that can be used even under direct sunlight. As for entry-level models, they are equipped with a glossy or anti-glare Full HD LCDs featuring a 400 nits luminance. 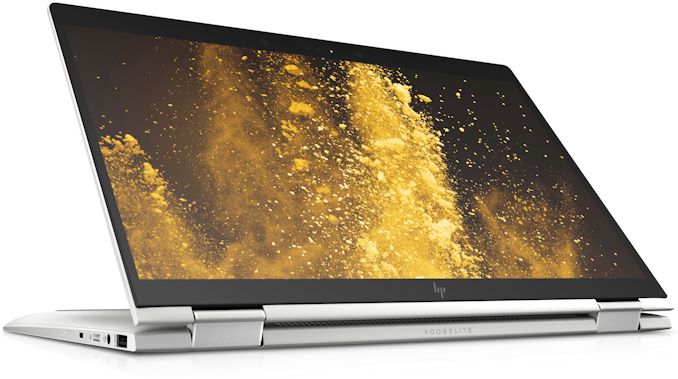 As for multimedia capabilities, the EliteBook x360 1040 G5 packs four four Bang & Olufsen-badged speakers with amplifiers and a microphone array with noise cancellation software capability. Furthermore, the hybrid PC has a Full HD webcam with IR sensors for Windows Hello facial recognition. Obviously, as the EliteBook x360 1040 can operate in both laptop and tablet modes, it integrates an accelerometer, a gyroscope, a magnetometer, and a Hall effect sensor.

Moving on to weight and portability. Like other EliteBooks, the EliteBook x360 1040 G5 comes in CNC-machined aluminum unibody with a fingerprint resistant satin finish. The convertible laptop is 1.69 cm (0.66 inch) thick and weighs around 1.35 kilograms (2.99 lbs), which is around one millimeter thicker and 100 grams heavier when compared to the EliteBook x360 1030 G3 launched earlier this year.

Despite its larger footprint, the EliteBook x360 1040 uses the same 56.2 Wh Li-ion polymer batter as its 13.3-inch predecessor. What is noteworthy is that this battery is now rated for 17 hours of autonomous work based on Mobile Mark 14 benchmark. However it's worth noting that configurations featuring higher-end CPUs and the 700-nits display will have shorter runtimes, especially when the brightness is cranked up. Meanwhile, keep in mind that HP has to balance battery life, portability, reliability, price, and many other factors, so the said battery might be the best it has at hand right now.

HP plans to start sales of its EliteBook x360 1040 G5 convertible later this month at HP.com. Entry-level models will start at $1,499.