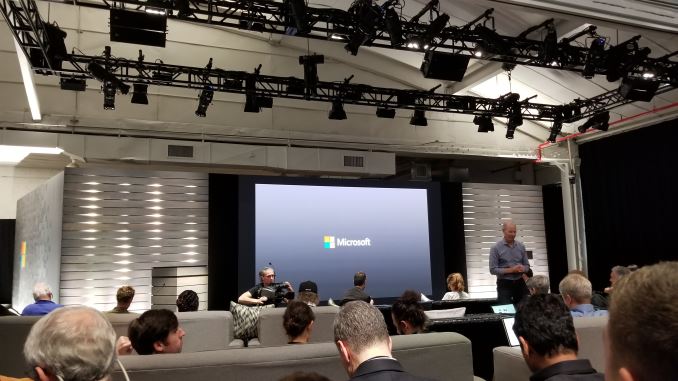 03:54PM EDT - It's about that time of year again. It's time for Microsoft's fall event of 2018, imaginatively titled the 'Oct. 2 Event' and described in advance in just as much detail

04:00PM EDT - Among the items on the docket, Modern Live services and Surface 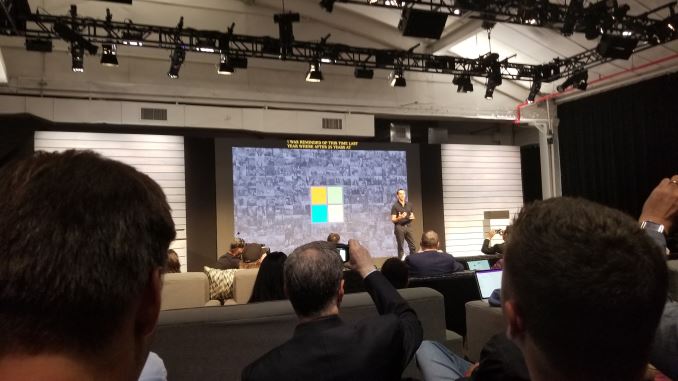 04:03PM EDT - And a video rolling about a family and how they use technology 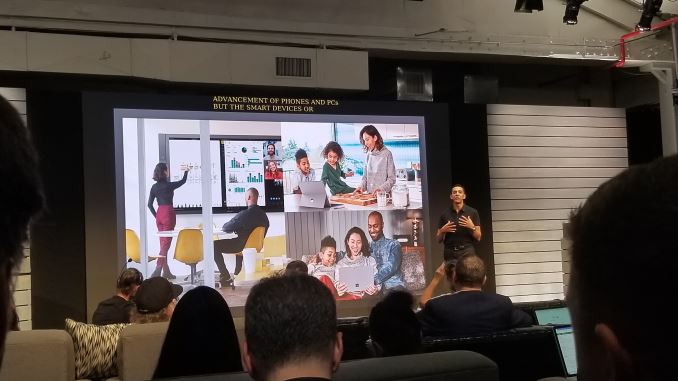 04:06PM EDT - Second, a constant battle for our attention 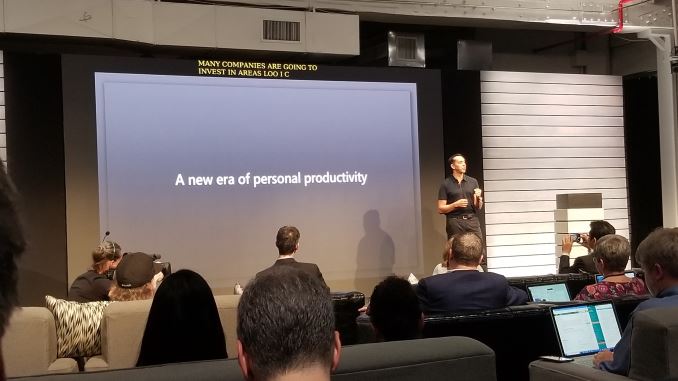 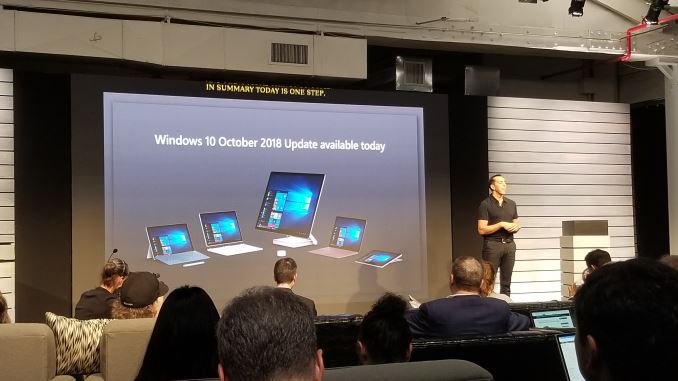 04:13PM EDT - And now talking about 'technology in the background'

04:14PM EDT - He wants to make a point about 'flow', and there's a small video playing of his daughter playing the piano that as an example

04:15PM EDT - All the mechanics of the piano have to mold to her, etc, is what he's saying

04:15PM EDT - 'For people to get into their flow, the technology needs to fade into the backgroud'

04:16PM EDT - (by the way, this is not a non-contentious argument. The sheer existence of PC enthusiasts is somewhat at odds with this idea' 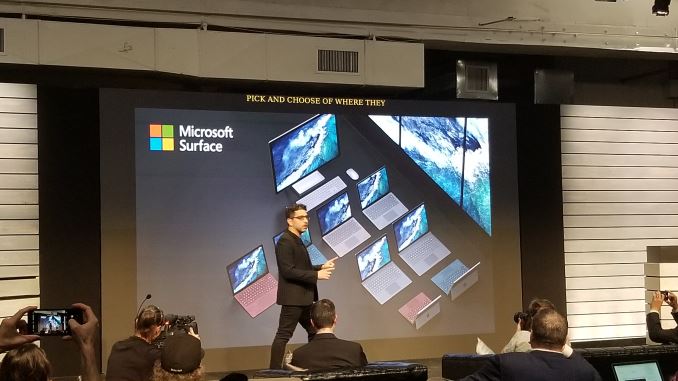 04:17PM EDT - Bringing this around to Surface. 'People who use Surface, love Surface'

04:19PM EDT - Anyway, if you've been paying attention to the marketing angles of modern tech companies, you get the idea

04:20PM EDT - Anecdote heavy and difficult to convey through live blog in both message and meaning

04:20PM EDT - But the concepts at play are really about 'it just works'

04:26PM EDT - Surface Laptop 2. This is the successor to the Surface-branded conventional form factor laptop 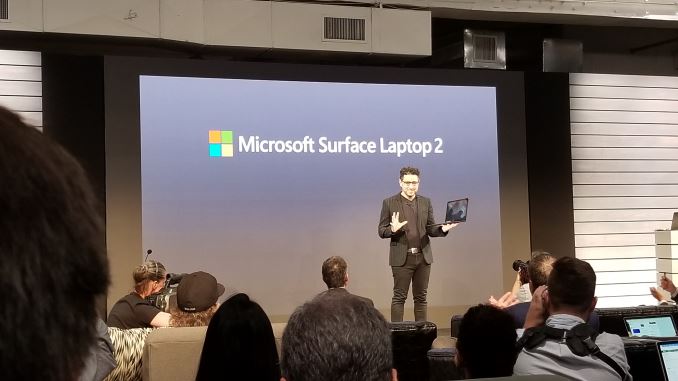 04:27PM EDT - Talking about the keyboard and how the typing experience really defines a laptop when working on the go 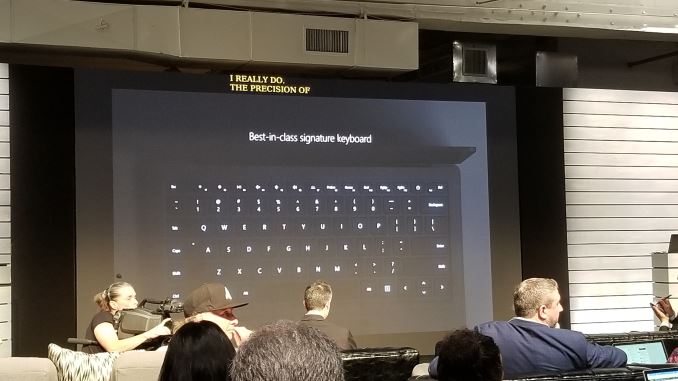 04:28PM EDT - Instant On, better battery life, 'AI is throughout the product, you don't need to see it' 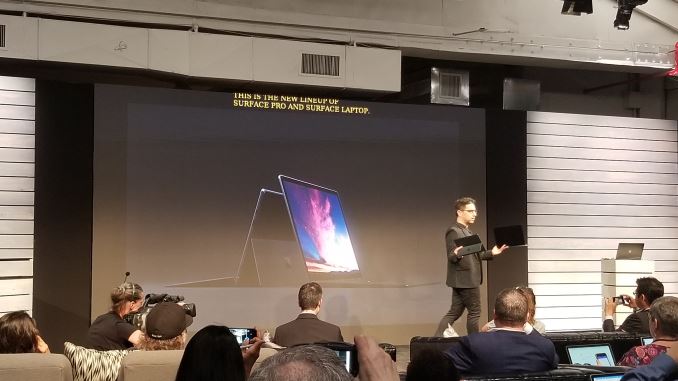 04:31PM EDT - Now going into some of the ideas behind the original Surface, in terms of breaking the barrier between tablet and laptop

04:31PM EDT - Leading up to breaking the barrier between the flow between smartphone and PC

04:34PM EDT - Starting with organizing your life, since everyone is busy 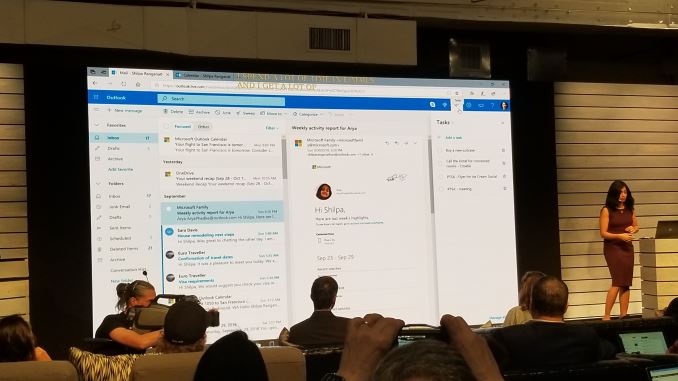 04:36PM EDT - And also talking about the Android Microsoft Launcher 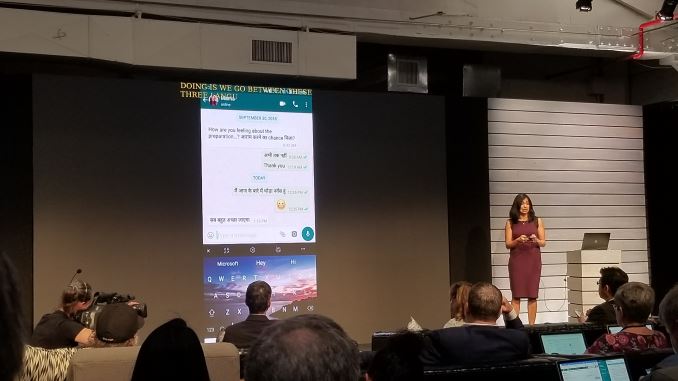 04:39PM EDT - Your activity is all going to be in the 'Timeline', so you never need to remember where you saved XYZ file. Powered by MS Graph

04:41PM EDT - And now moving onto Windows getting notifications from your phone

04:41PM EDT - It's a Phone app now available in the October Update 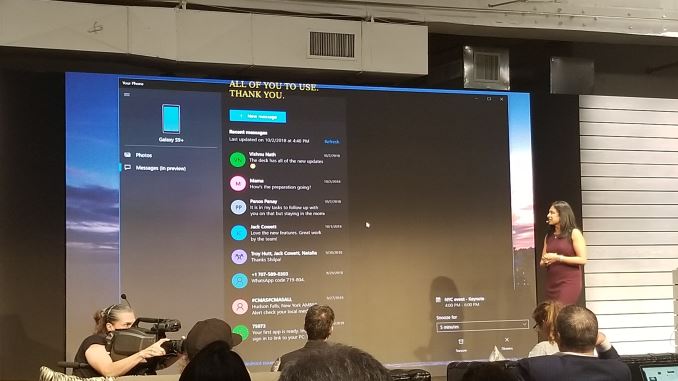 04:43PM EDT - And that includes features like accessing apps (for example, Snapchat, as is being shown in the presentation)

04:45PM EDT - But also means that you can drag-and-drop phone photos into something like PowerPoint 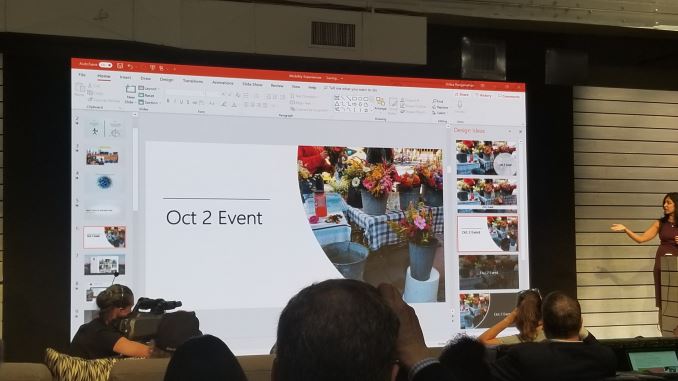 04:47PM EDT - And now for another product. The Surface Studio

04:48PM EDT - Unsurprisingly a video that we can't record (and for an event that is not livestreamed) 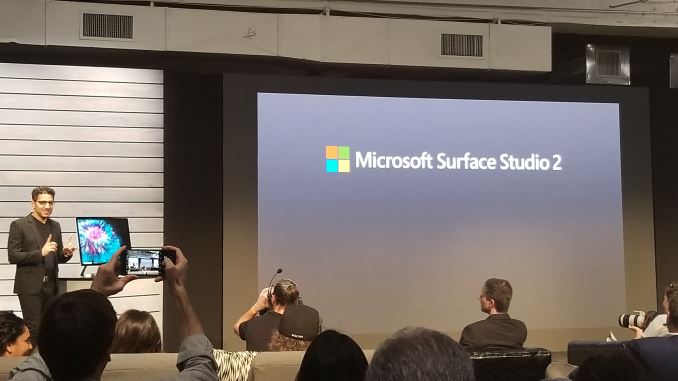 04:51PM EDT - And getting Stevie to talk about the technology in it

04:54PM EDT - So 'creators need more' for graphics. And so Studio 2 introduces Pascal

05:00PM EDT - And looking at using the Surface Pen with the Windows 10 Mail app (not to be confused with the Outlook application)

05:02PM EDT - Doodling a handwritten email reply to his daughter

05:02PM EDT - And another Surface product 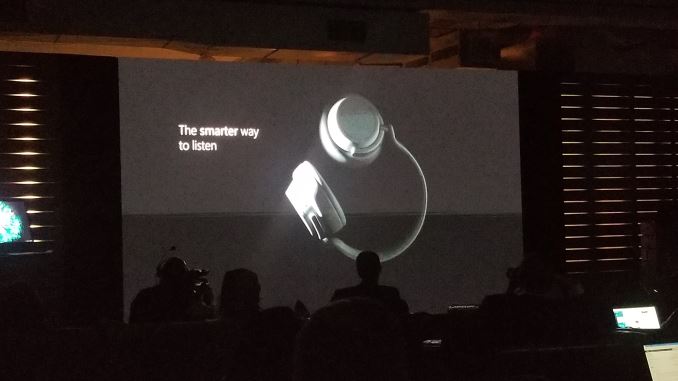 05:06PM EDT - Studio 2 and Headphones will be available this holiday, the others available for preorder now

05:08PM EDT - And an interlude for a thank you, and a closing video

05:10PM EDT - Overall, the lineup is very much iterative. Evolutionary not revolutionary is the usual schtick to say. Not that that is necessarily a bad thing, as the Studio 2 is getting some much needed upgrades in the new graphics card

05:12PM EDT - Otherwise, pricing is another element but that info has been disclosed separately and not covered in the presentatino

05:15PM EDT - Ultimately, the most unusual element, the headphones, are yet to be launched. We'll check those out in the hands-on showcase, which is starting now

05:16PM EDT - On that note, we'll sign off to take a peek, and we'll be sure to let you guys know with the hands-on impressions. Thanks for joining us!