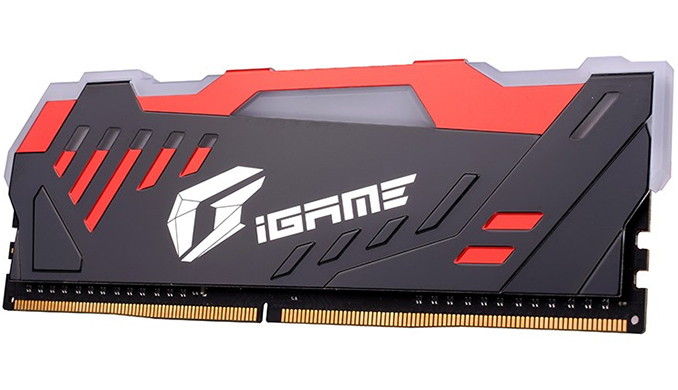 Colorful has introduced its first memory modules, officially adding a new product category that will complement its graphics cards, motherboards, and SSDs. The initial lineup consists of generic DIMMs aimed at system integrators as well as custom modules for gaming PCs. 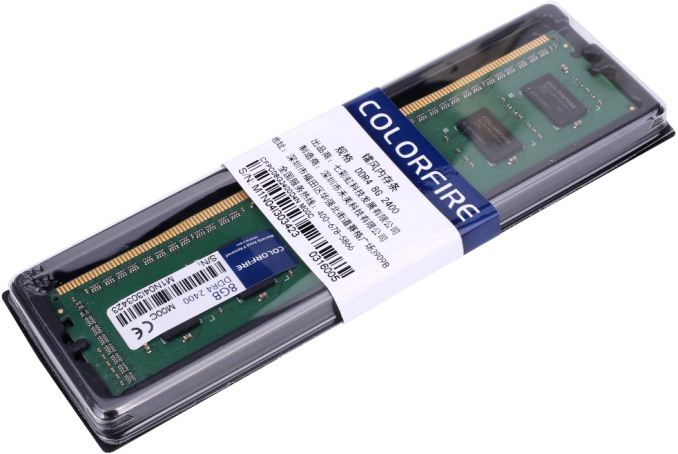 The ColorFire lineup of generic DIMMs consists of 8 GB DDR4-2400 at 1.2 V as well as 8 GB DDR3-1600 at 1.5 V modules that are based on JEDEC-standard PCBs and likely featuring JEDEC-timings for the said speed bins. One thing that is noteworthy about ColorFire DDR4 DIMMs is that they use 16 Gb DDP (dual-die package) memory chips instead of 8 Gb SDP (single-die package) devices.

The iGame lineup currently includes only 8 GB DDR4-3200 at 1.35 V modules, but it will be expanded in the future, the company said back in June. These DIMMs are based on a custom PCB designed to handle overclocked DRAMs and featuring traces for RGB lighting. Besides, the DIMMs are outfitted with custom heat spreaders designed to match Colorful’s iGame motherboards and, to some degree, graphics cards.

Colorful first disclosed plans to branch out to memory modules at Computex earlier this year. This week the company clarified its intentions and added generic ColorFire DIMMs as well as enthusiast-grade iGame DIMMs to its product family. The rather mediocre specs of the modules and the lack of dual and quad-channel matched kits indicate that Colorful is taking a very cautious approach to this business.

Colorful did not announce MSRPs for its memory modules, but given their specs, excpect them to compete against affordable offerings from other companies.