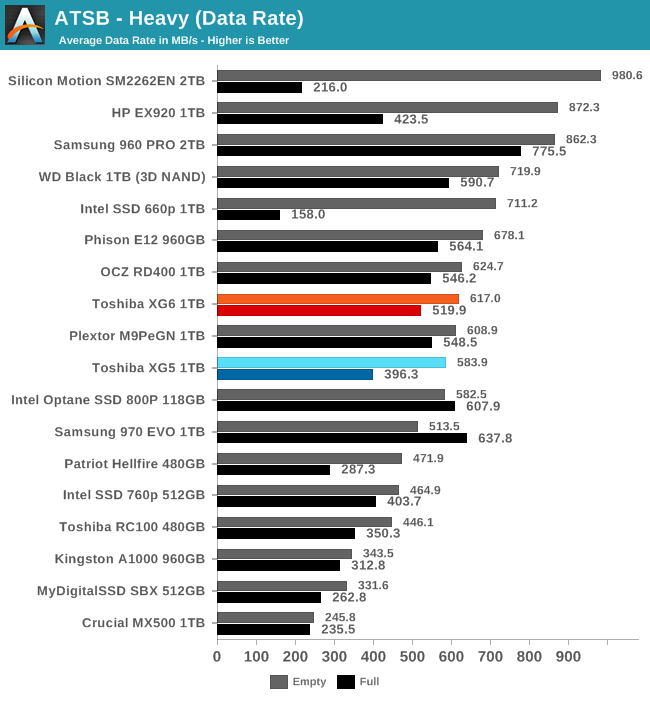 The Toshiba XG6 brings a healthy boost to the full-drive average data rate on the Heavy test, but only improves the empty drive test run performance by about 5% over the XG5. Toshiba is definitely starting to fall behind the fastest high-end drives on this test, but the XG6 is still comfortably ahead of most entry-level NVMe products and more than twice as fast as the Crucial MX500 SATA SSD. 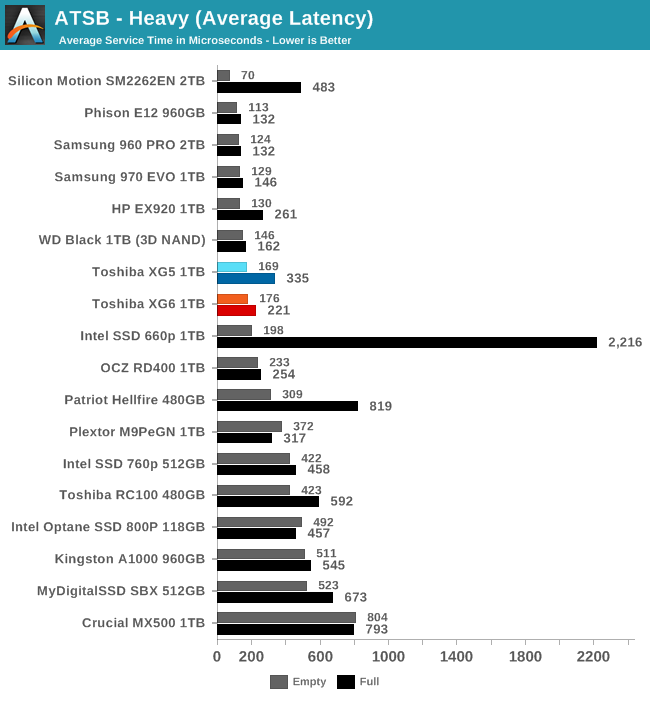 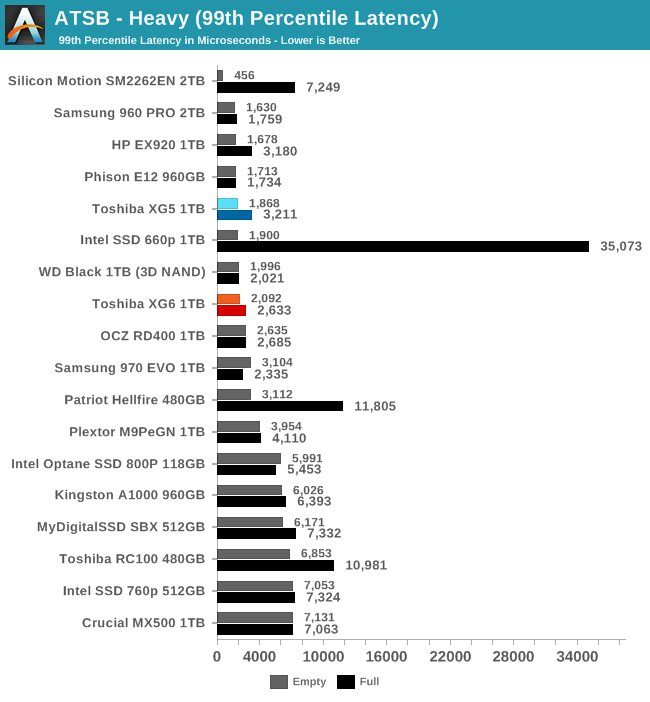 The Toshiba XG6 brings very small regressions to the latency scores on the empty-drive test runs, but makes up for it with substantially improved average and 99th percentile latency when the Heavy test is run on a full drive. 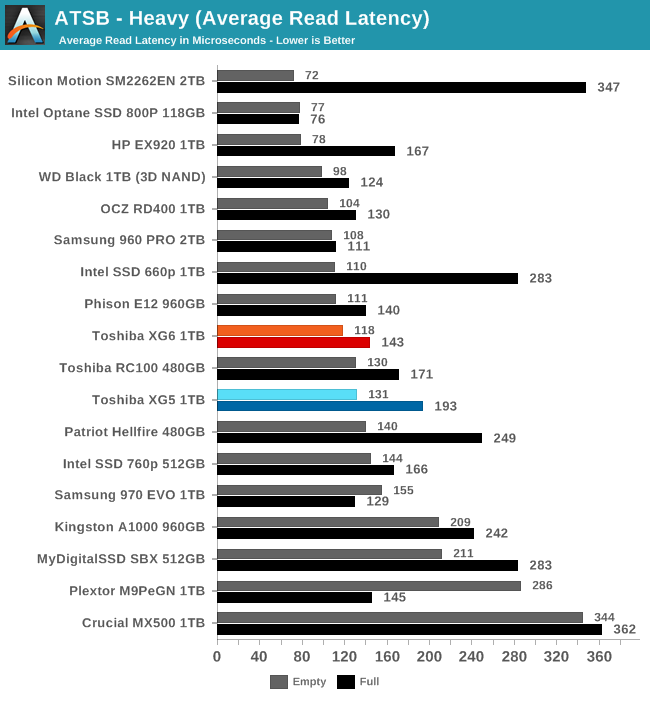 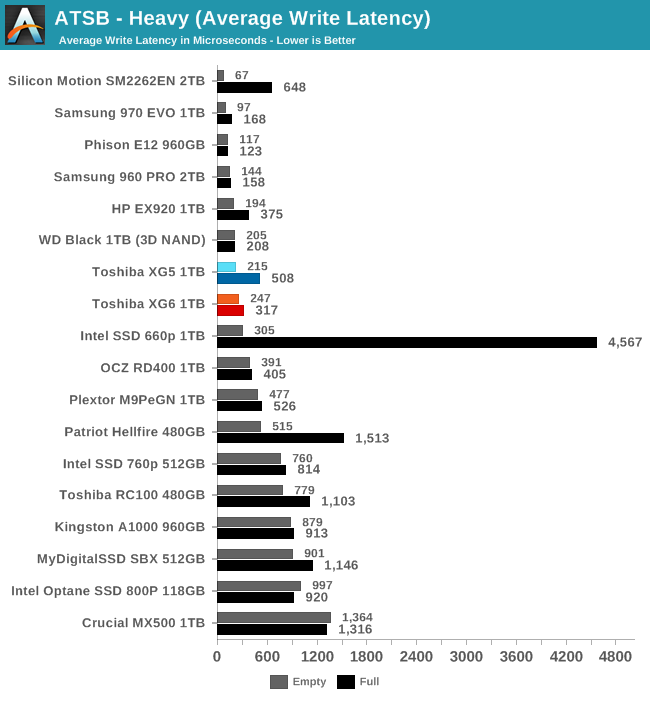 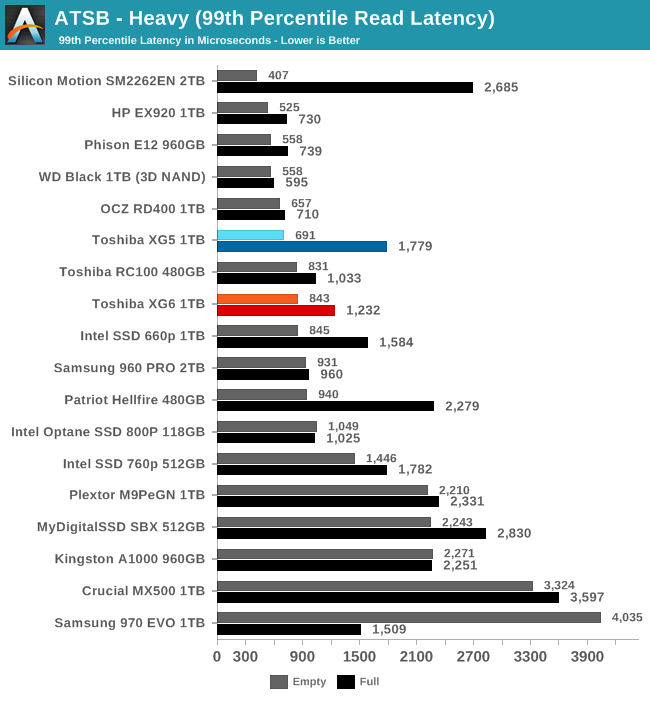 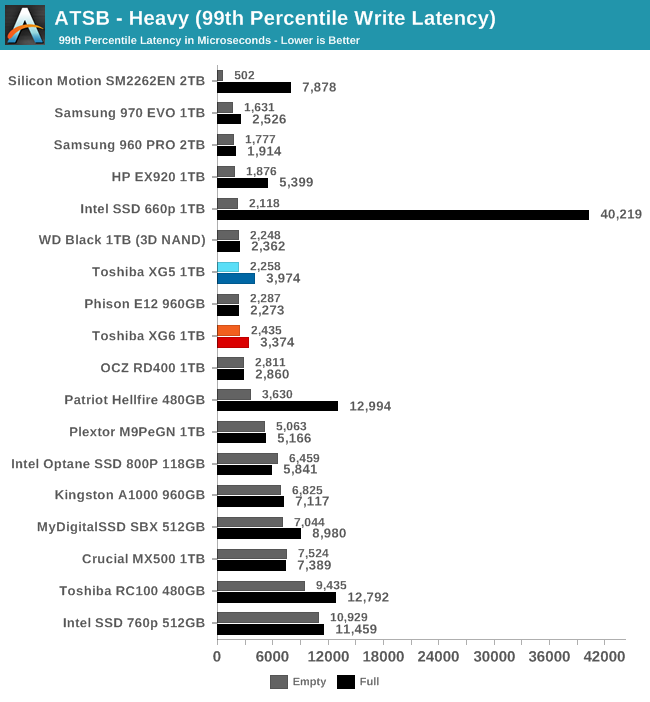 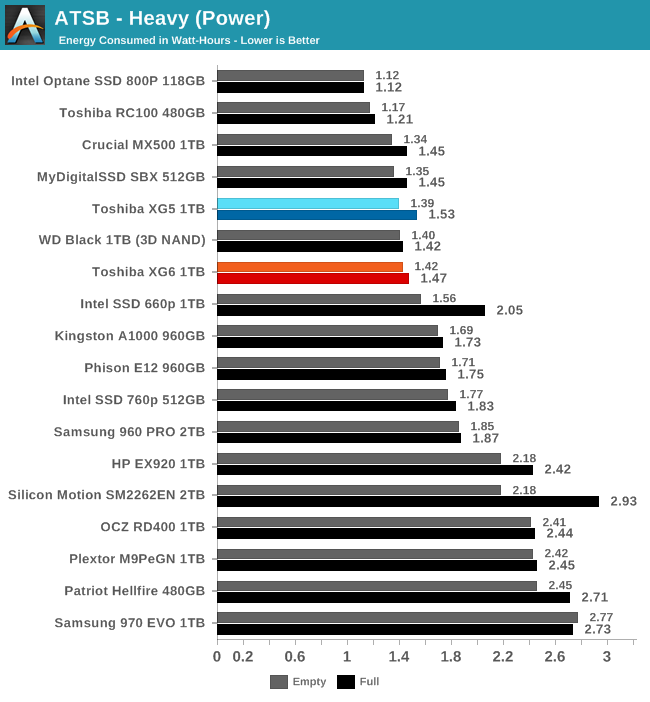 The Toshiba XG6 uses slightly more energy over the course of the Heavy test than the XG5 does, when the test is run on an empty drive. The improved full-drive performance helps the XG6 come out ahead on energy usage for that test run. Either way, the XG6's efficiency is comparable to SATA drives and the WD Black is the only other high-end NVMe that offers this kind of power efficiency.