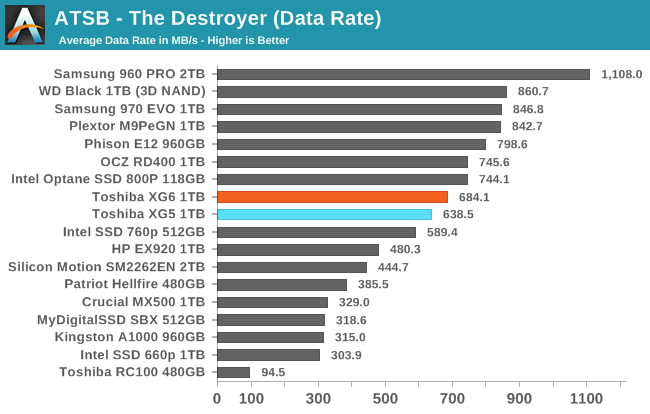 The Toshiba XG6 is slightly faster than the XG5 on The Destroyer. It still trails behind the fastest retail SSDs but at twice the speed of a mainstream SATA drive it's well into high-end territory. 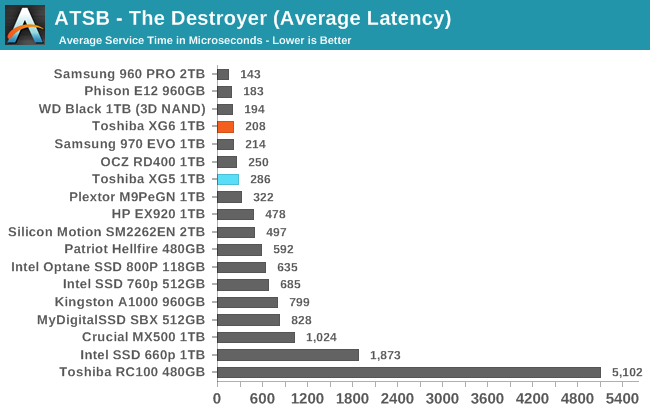 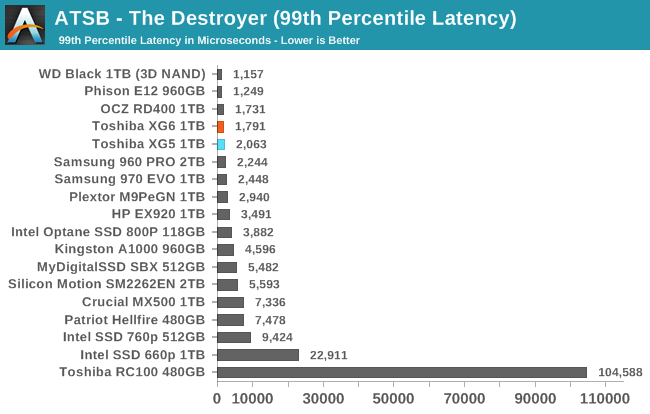 Average and 99th percentile latency have both improved for the XG6, bringing it even closer to the top of the charts and leaving only a small handful of drives that score better. 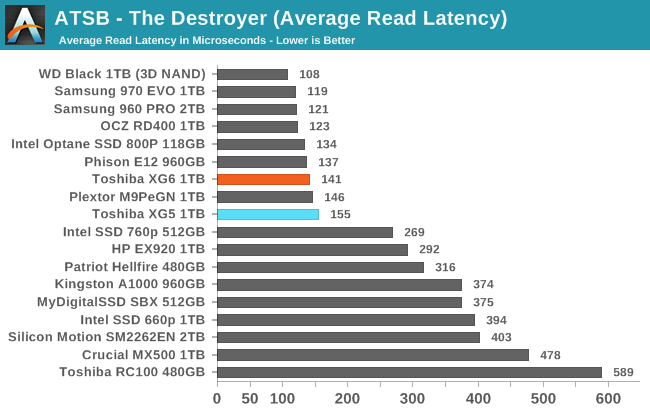 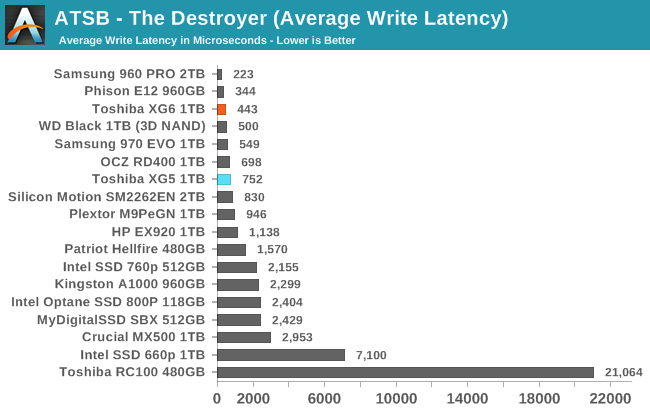 The average read latency for the XG6 is only slightly better than the XG5, which was the slowest drive in the high-end tier. For average write latency, the XG6 represents a much more substantial improvement that puts it ahead of almost every other TLC-based drive. 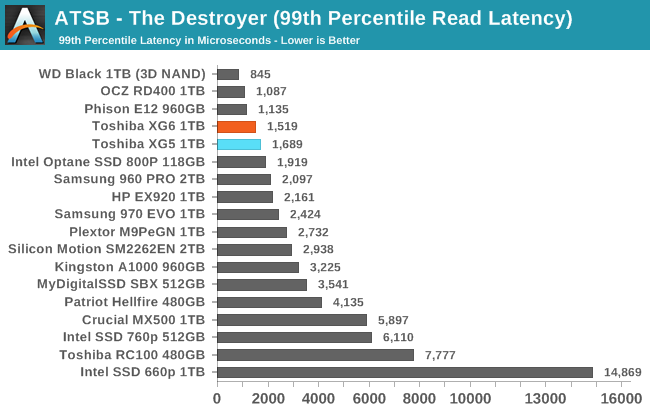 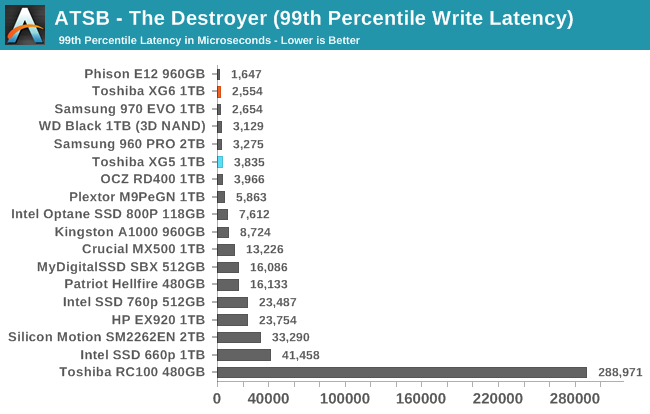 The XG5 already had very good QoS with 99th percentile read and write latencies that were quite low. The XG6 improves on both counts, with writes particularly improving. 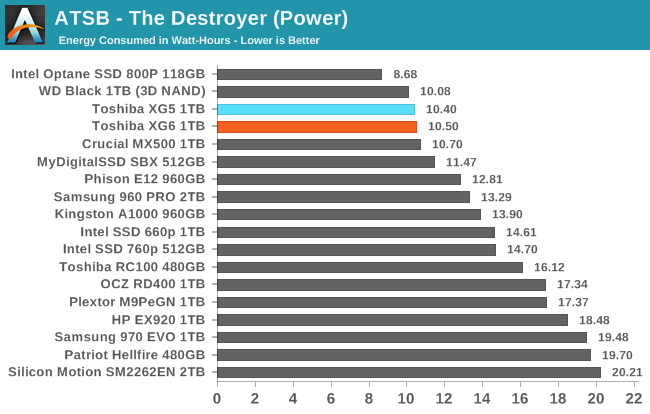 The total energy usage of the XG6 over the course of The Destroyer is very slightly higher than what the XG5 required, but this tiny efficiency sacrifice is easily justified by the performance increases. Toshiba's XG series remains one of the few options for a high-performance NVMe SSD with power efficiency that is comparable to mainstream SATA drives.