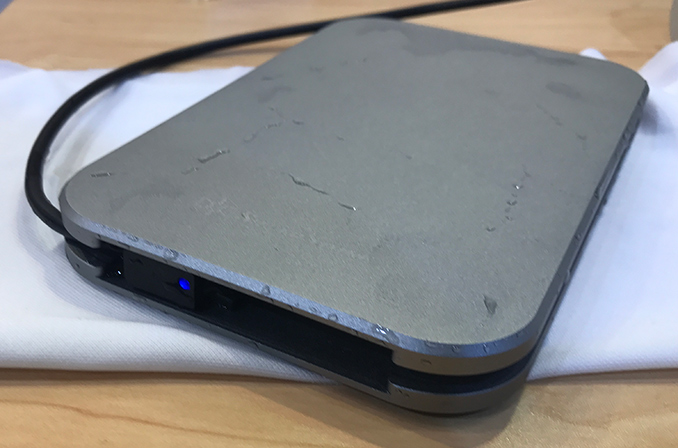 Rugged as well as water/dust-proof hardware usually comes in specially designed factory-sealed enclosures and is sold at a premium. SilverStone believes that if an enclosure is made right, it is good enough not only for factory assembly, but also for DIY builders.

Interest towards rugged water and dust-proof storage hardware is rising these days as people tend to carry more external storage devices with them when travelling and realize value of their data. As an enclosure specialist, SilverStone is trying to satisfy demand for such mobile storage solutions by building its own rugged IP68-rated Mammoth MMS02 enclosure, which spots a USB 3.1 Gen 2 interface (10 Gbps) for 2.5-inch storage devices. 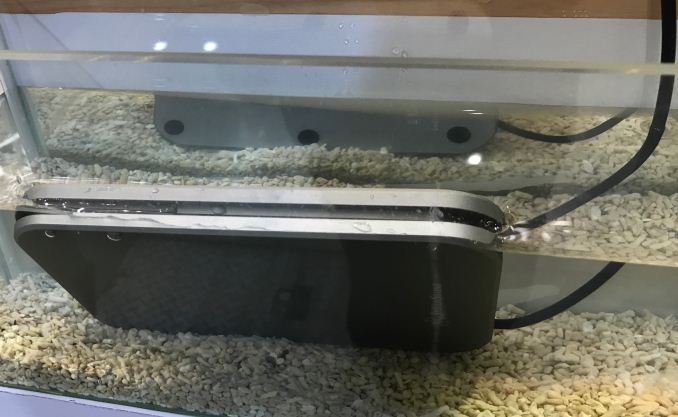 SilverStone’s MMS02 is bigger than your typical chassis for 2.5-inch SSDs/HDDs because the company wanted to ensure that it provides fine isolation against liquids and dust even when assembled by an end user. SilverStone’s label on the MMS02 says that the unit is “military-grade IP68 water resistant and dust proof”, but since IP ratings are applied by manufacturers after internal testing, the IP68 should technically be applied by the end user after assembly and testing. Meanwhile, the IP68 rating means that a unit is completely safeguarded against dust and is protected against submersion beyond one meter for one hour. 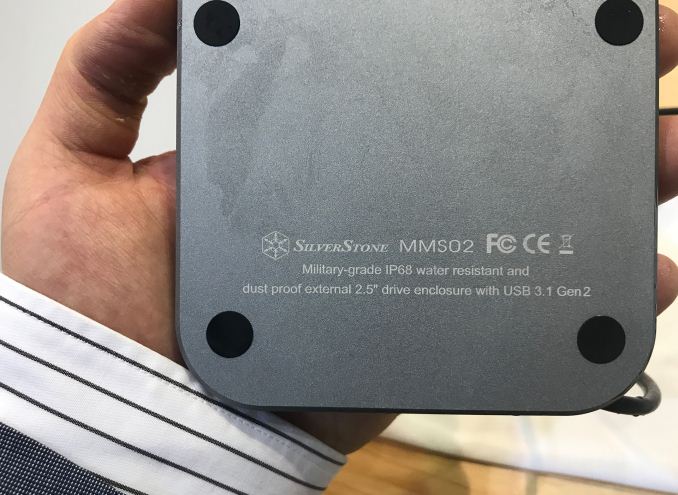 At Computex SilverStone demonstrated its Mammoth MMS02 by submerging it into a small tank of water, but keeping in mind that it had to survive there for a day, the showcase clearly validated that if assembled correctly, the MMS02 is hermetically sealed. The chassis is made of aluminum, so it is not subject to stains even if left wet for prolonged periods of time. Meanwhile, since aluminum is lighter than stainless steel, it helps mobility. However, it is also softer, so it is not as rugged against physical damage. 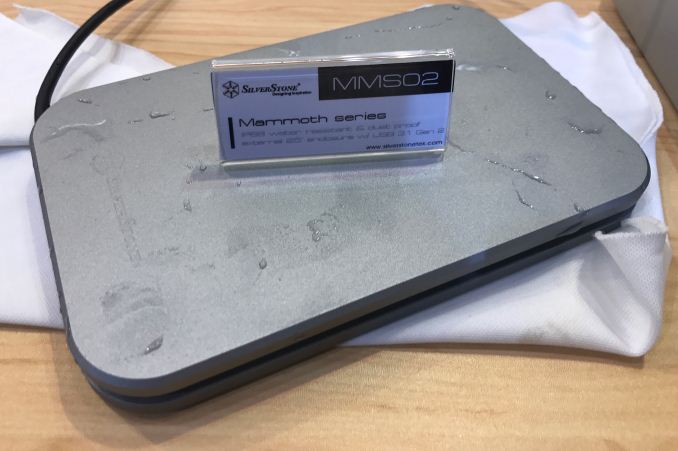 Unlike most enclosures for 2.5-inch storage devices, SilverStone’s Mammoth MMS02 comes with a USB 3.1 Gen 2 interface providing up to 10 Gbps of bandwidth (depending on the chip used, but it is certainly higher than 5 Gbps provided by regular chassis) and therefore is better suitable for fast SSDs. 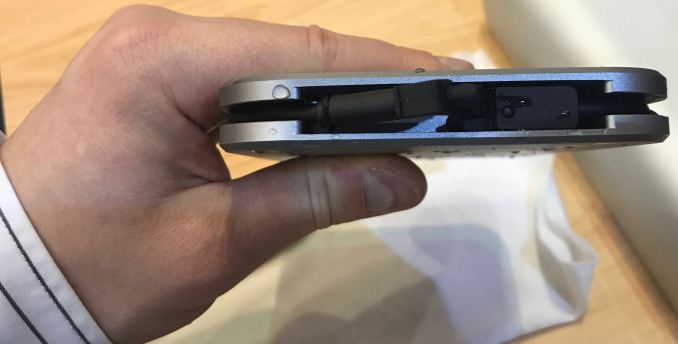 SilverStone’s Mammoth MMS02 is already listed on the company’s website, so expect it to arrive to store shelves in the coming months. Pricing will depend on multiple factors, but since it is a unique IP68-graded enclosure, it will cost more than regular chassis for 2.5-inch devices.